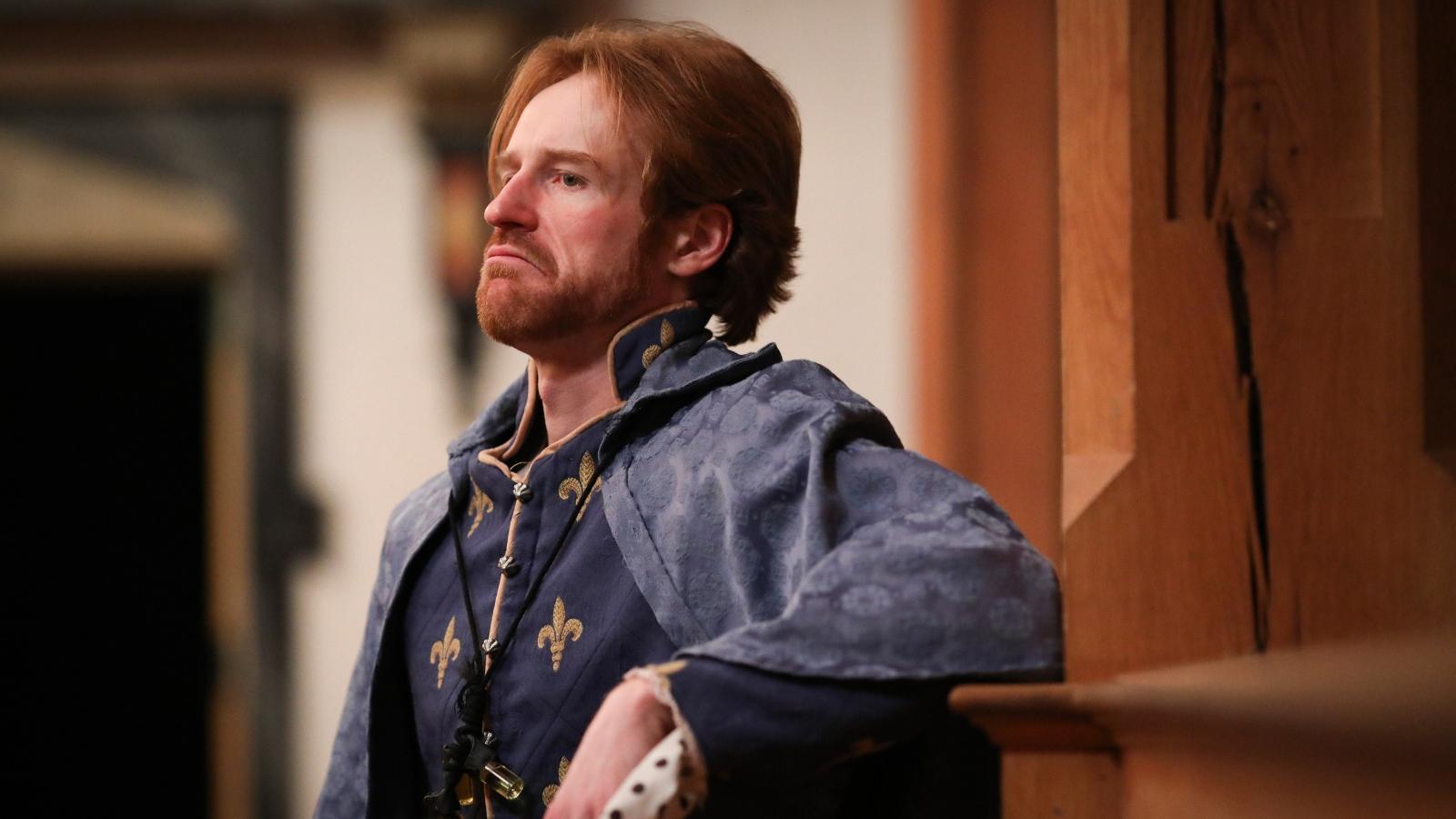 I’m originally from Seattle, WA and I first came to the East Coast for my undergraduate education at Sarah Lawrence College in 2007. During my first year there I became a founding member of an all-male Shakespeare company, the rehearsal practices of which were drawn from the American Shakespeare Center (ASC) and particularly Winter Season: The Actors’ Renaissance. That was the first time I had heard of ASC, and I knew immediately that it was a place I wanted to be.
After graduating, I moved to NYC and began the audition grind, and the company I ended up working for the most ALSO happened to be modeled on ASC’s Actors’ Renaissance! If anyone happens to get up to the Adirondack State Park (Lake George / Schroon Lake), I cannot recommend the Adirondack Shakespeare Company (ADK) highly enough. If you’re a fan of the ASC, you’ll find many things familiar!
In the winter of 2016, after having auditioned 5 years in a row, I was invited to join ASC’s Wicked Folly Tour! It was an incredible year that only left me hungry for more, and so I was absolutely thrilled to be asked back for the Actors’ Renaissance!

There have been a lot of interesting challenges this season, some more emotional and some more intellectual. The biggest challenge, though, was probably the accent work. I play both a French and a Welsh character this season, and the Welsh dialect in particular is a doozy…I only hope I’m achieving a vague approximation.

I’m definitely most excited about Dr. Caius in The Merry Wives of Windsor. I have been in one other production of Merry Wives and I always loved the Dr. Caius scenes, he’s such a delightful clown. And the payoff with the audience is huge.

Tell us what happens in Merry Wives in 5 words or less.

This play is a comedy more than a history. Keep your eyes peeled for Glendower’s magic, the ninja turtles, and whether or not Vernon survives!

At this point in the season, you and the rest of the company have staged 4 shows. Was there one that stood out as particularly challenging and/or interesting?

Arden of Faversham has been fascinating to work on. This is a gem of a play, but very problematic, and rarely done. Somehow it felt like we had a lot more to accomplish for this play in our truncated rehearsal period. We didn’t have the asset of our own experiences from past productions to draw on…but out of that lack of experience or expectation came a huge amount of freedom to make this play exactly what WE wanted it to be.

We don’t do “museum” Shakespeare here. I think a lot of people hear about our academic and scholarly reputation, our authentic recreation of The Blackfriars Theatre, and they think we’re trying to be The Globe in London. But the point of the American Shakespeare Center is not to preserve the past, but rather to use historical performance conditions to bring Shakespeare’s plays to life RIGHT NOW. Theatre with the lights on instantly creates a community event, a shared experience between the actors, the audience and the story. It’s unique every night because each audience is unique.

KP Powell has a pet rock in The Merry Wives of Windsor.
…And the toast bit is hilarious.