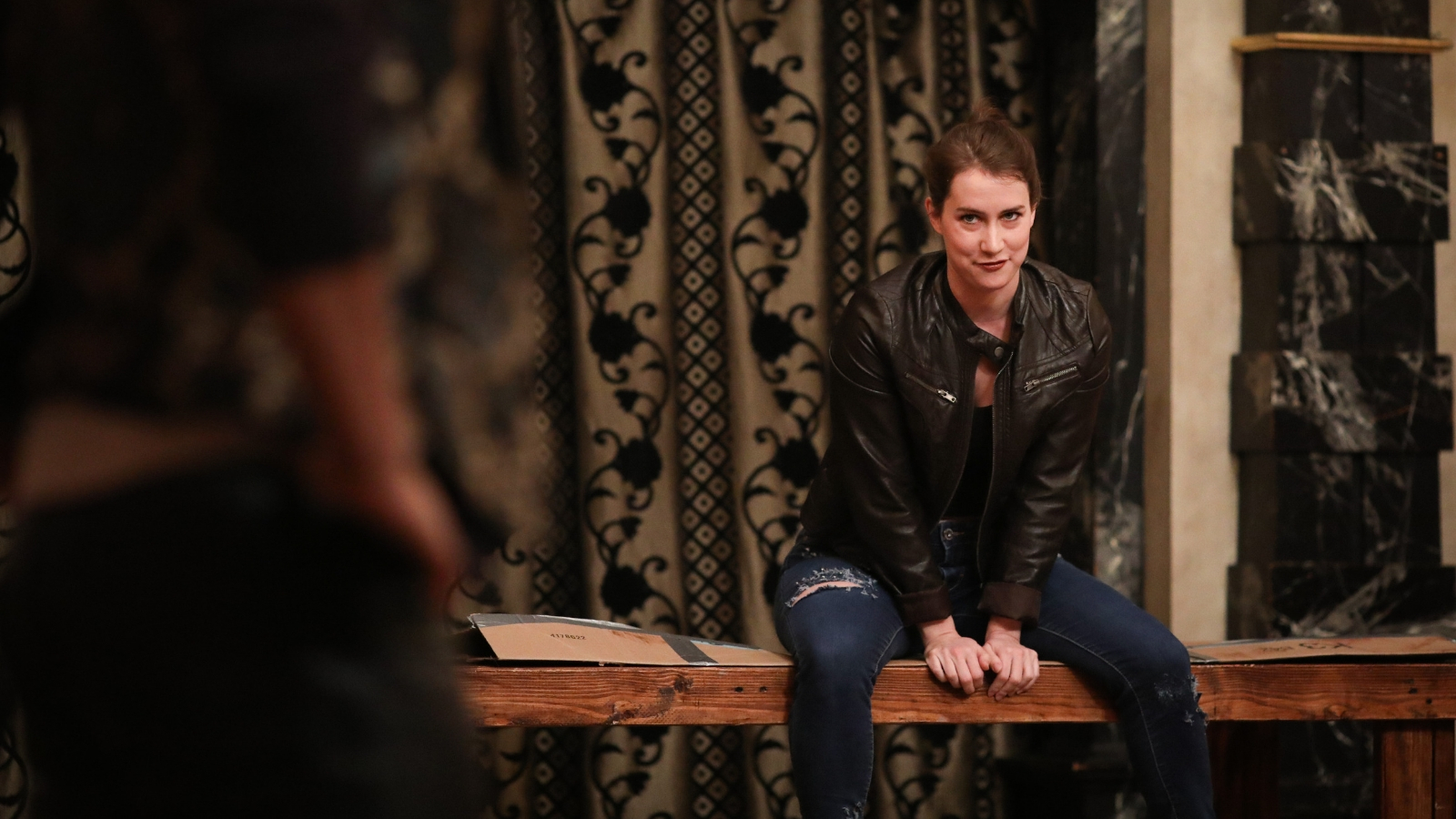 I was born and raised in Dallas, Texas, by some really wonderful parents. They nurtured my dramatic side by putting me in theatre camps and dance classes as soon as I could walk and talk. In the 5th grade, my class put on a production of Much Ado About Nothing for the whole school. I played Beatrice, and when I walked onstage to give Benedick a piece of my mind, I tripped on my little Elizabethan dress and fell flat on my face (my mother’s horrified gasp is beautifully preserved on home video.) Though I may not have left my Shakespearean debut with my dignity, I did leave with a fascination for his vivid characters and an insatiable desire to play more of them.

I came to the ASC through Mary Baldwin University’s graduate program in Shakespeare & Performance. Thanks to the ASC’s partnership with MBU, I got to train and perform on the Blackfriars stage for three years with my graduate cohort and learn from watching 12 seasons of ASC performances, before joining the Summer/Fall season as an acting intern. I’ve also worked with the ASC as an Education Artist for the past 3 years.

Nym in The Merry Wives of Windsor. He’s one of the hangers-on of Falstaff and a very strange fellow. He’s a swaggering buffoon with a stilted way of speaking (e.g. he uses the word “humour” to mean just about anything). In our mere five days of rehearsal, I struggled to make choices that were big enough to fit this odd, bombastic character and subtle enough to fit into the background of Falstaff’s squad. The Merry Wives of Windsor was also challenging in that I not only play four characters, but for the first two acts of the play, I am continuously switching between Nym and Simple. For the first few performances, those quick changes were very stressful, but thankfully our wonderful Wardrobe Manager, Amber, was there to help me and make sure I didn’t walk onstage in the wrong hat.

What roles were most exciting to play this season and why?

Poins in Henry IV, Part 1 was never on my list of dream roles, but when I got my casting, I was a little surprised and very excited, because they’re unlike any other character I’ve played on this stage. They are Hal’s (played by Brandon Carter) mischievous, manipulative sidekick who’s just trying to have a good time at everyone else’s expense. Playing Poins has been particularly fun due to this season’s (The Actors’ Renaissance) conditions, specifically the actor-run rehearsal process. The freedom of this season allowed me to develop a Poins tailored to our ensemble-chosen concept and to my strengths as a female performer. Also, without a director, I’ve been able to continue playing with Poins throughout the run of the show. For example, the relationship between Hal and Poins has developed quite a bit since previews, and we have the freedom to continue exploring and making tweaks until closing, if we so desire. (Brandon) Carter and I also did a directing workshop with some college students last week, where they got to analyze one of our scenes and “direct” us to try different things, based on choices they mined from the text. I really liked two of their suggestions, so I tried them out onstage in our performance that evening. To my delight, and the delight of the students watching, the audience enjoyed them. Thanks to my autonomy this season and our empowering education workshops, I had the ability to make those advantageous adjustments and make a student’s day.

Tell us what happens in Arden of Faversham in 5 words or less.

Expect to be entertained. I think some people might hear the name of a 600-year-old king and expect a history lesson. Yes, this play is (somewhat) based on historical chronicles, but in Shakespeare’s hands, it’s about a relatable young guy. His struggles lie in choosing between the life of the party and the life of responsibility. Our production brings brings in many modern elements (pssst look for the ninja turtle masks, the beer bong, and the combat boots) that will make you forget how old these royals are. But don’t worry, we still give you epic sword fights.

Many actors come in and have an adjustment period performing with the lights on. You are a graduate of the Shakespeare and Performance program at Mary Baldwin UNIVERSITY, a program close to ASC. How do you feel your background influenced your own transition into acting onstage with the company?

Having worked on the Blackfriars stage throughout my graduate training, these staging conditions feel second nature now. The beauty and challenge of this space, however, is that it transforms with each unique audience, so it forces you to continually adapt and grow. I also had the chance to do two renaissance-style shows with my graduate program and got to watch three Actors’ Renaissance seasons here at the ASC from the audience, so I had a preview of the intensity of this season and knew to come in with ideas and a spirit of collaboration.

One of the coolest things about working here with the lights on is that we get to watch people change their minds about Shakespeare. We sometimes see students walk into a matinee who are clearly expecting to be bored and confused by a stuffy old play for the next 2 hours. By the end of pre-show these same students are singing along to “Finesse” or “This is How We Do It,” and by the end of the play they’ve become engrossed by the merry wives’ (The Merry Wives of Windsor) antics, or they’ve joined Team Hotspur or Hal (Henry IV, Part 1).

You will be hard-pressed to find an ensemble that works and plays as hard as this one does. We have so. much. fun. putting these shows together, but everyone in this company is also seriously committed to making each show the best that it can be and to becoming the best performer they can be. Chris Johnston arriving early to rehearsal to work on learning yet another instrument, or Brandon Carter staying late after a show to work on his lines are just a couple examples of the drive towards excellence that I think characterizes this place and continually inspires me to become a better actor, musician, and collaborator.