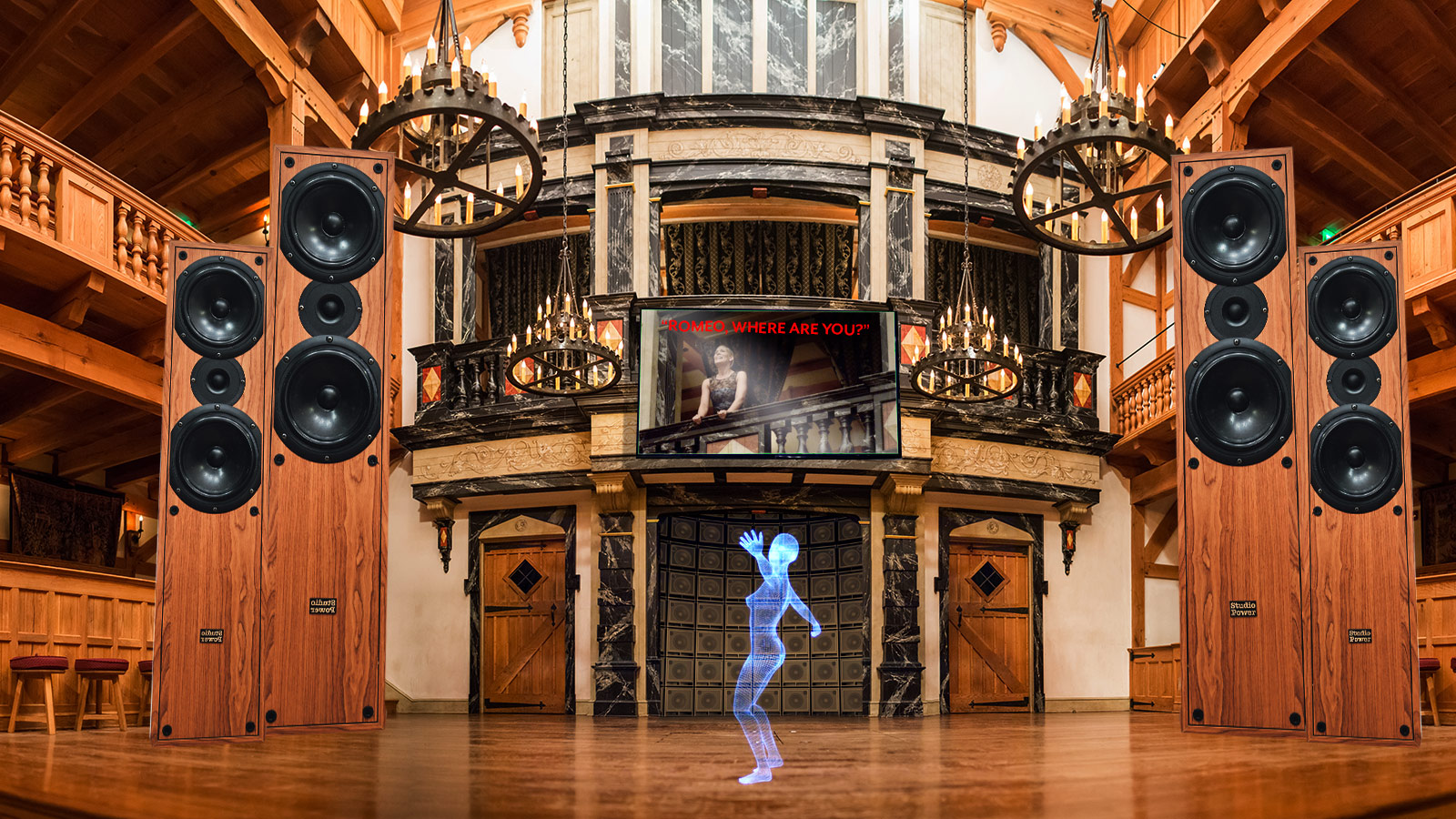 “I think we are all aware that the theatre is increasingly moving away from the so-called ‘live actor,'” says ASC Artistic Director Ethan McSweeny. “This new surround sound capability will put ASC in the vanguard of that trend.  Coupled with the SND-FXMaster4500+ console and its sampling abilities, I think we ought to be able to eliminate live performers altogether by 2023!”
“Ethan‘s incredible leadership is reframing the question from ‘What did Shakespeare do?’ to the far more exciting “What would Shakespeare have done?’ ” adds Co-Founder and Director of Mission Ralph Alan Cohen (sporting a fresh pair of Beats by Dre headphones). “Within that paradigm, the answer is clear: louder, faster, funnier.”
Managing Director Amy Wratchford, known within the Executive Leadership Trio as “The Third Leg,” reminds us that “actors have always been the bane of ASC’s existence—getting rid of them will allow us to solve myriad persistent budget problems and put the focus where it belongs: on high fidelity kick-ass soundscapes and seriously rocking tunes.”
Wratchford predicts: “Summer 2019 is going to be remembered as the loudest year we’ve ever had in the Blackfriars!”
True fans will have their first opportunity to experience the next era of epic theatre at the Blackfriars Playhouse on April 14 during the annual Band Candy Benefit Concert. For more information on these exciting changes, view the full release here.
Share page: