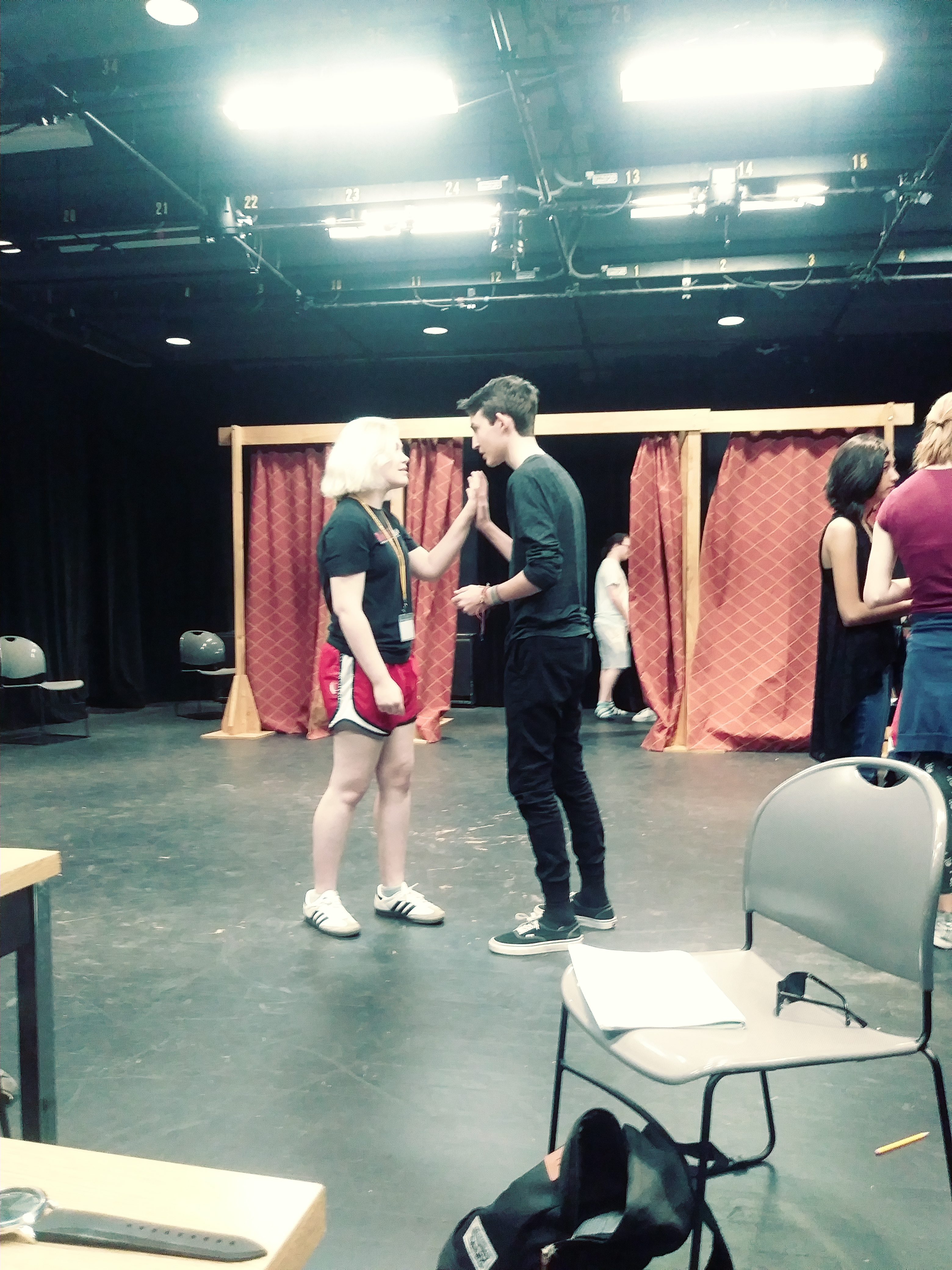 We continued with the process of close text and scene work which began earlier this week. We completed act II through this process and began act III, finishing scene i.  Meanwhile, campers who were not called worked on scansion, rhetoric, and memorization. Finally, we ran the end of act I and the whole of act II, as well as rehearsing music.

“It’s all joy until the nurse comes in and deflates it.”

“Good, because if you hated Iron Man I’d have to hate you.”

Yesterday, the campers had a wonderful time at Sherando lake and were able to enjoy sun and some time off. Today, we got right back into the thick of the production with more deep scene work, today covering the whole of act II. Meanwhile, the production team was hard at work, fabricating prop swords for our actors and making costume fixes to ensure the whole show runs smoothly.  As we pass the halfway mark on our Romeo and Juliet days, a bittersweet joy is in the air. The two production interns, Margot and myself, are responsible for pulling costumes and props, as well as ensuring things run smoothly backstage so our actors can use the items we pull for them effectively. As our show continues to progress, and props, costumes, and scenes begin to take a clearer shape, we can’t help but get excited. All we can do is provide a canvas; the actors, our wonderful campers, are the ones who will make not only the performance incredible but the whole of the creative experience.