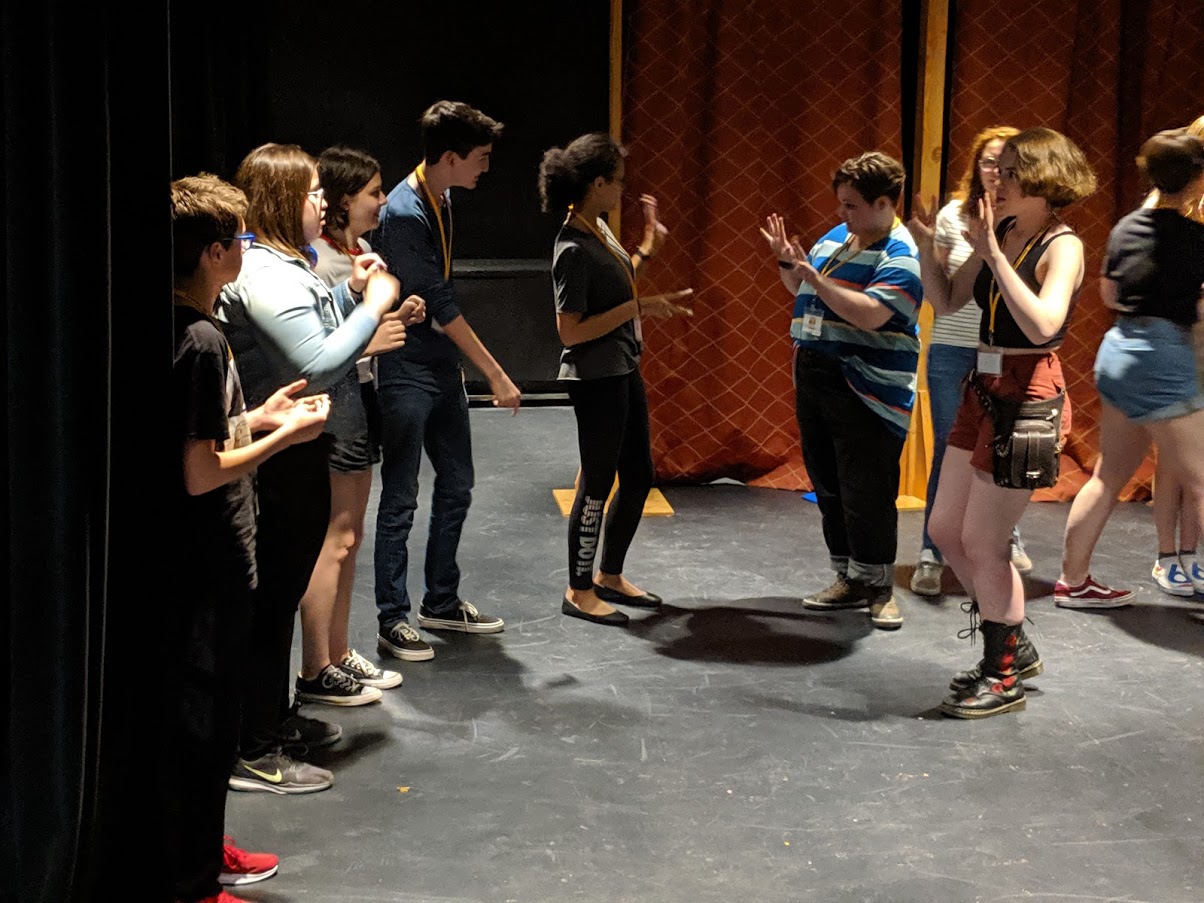 Yesterday, I was ruminating on the value of this camp. I was thinking about how much everybody was going to learn about Shakespeare, early modern theater, acting, storytelling, etc. This is all still true, but today something else had occurred to me. As I met a whole bunch of new people from a whole bunch of new places, I realized that what’s really special is that we’re all going to learn from EACH OTHER this summer.

Even beyond the context of the work, what a gift it is to be surrounded by so many different points of view. There are people from all over at this camp and each brings a unique perspective that is bound to grow those around them. Some are newer to Shakespeare while others have been at it for years. Some are arriving at camp for the first time while others might be here a second, third, or even fourth time.

What excites me about this dynamic, having both new and returning people at this camp, is that both of these experiences work in conjunction. We create rooms that have people who know the camp like the back of their hands along with people who have the freedom of not having any preconceived notions of how this works. That’s what a team is at it’s best. People who can come at a job from different angles and have all those different angles feed each other.

The process isn’t just fueled by a linear one-way relationship where knowledge is distributed like filling a cup with water. It’s more mutualistic. We all end up feeding each other. Personally, I’m really excited to see what comes of that.