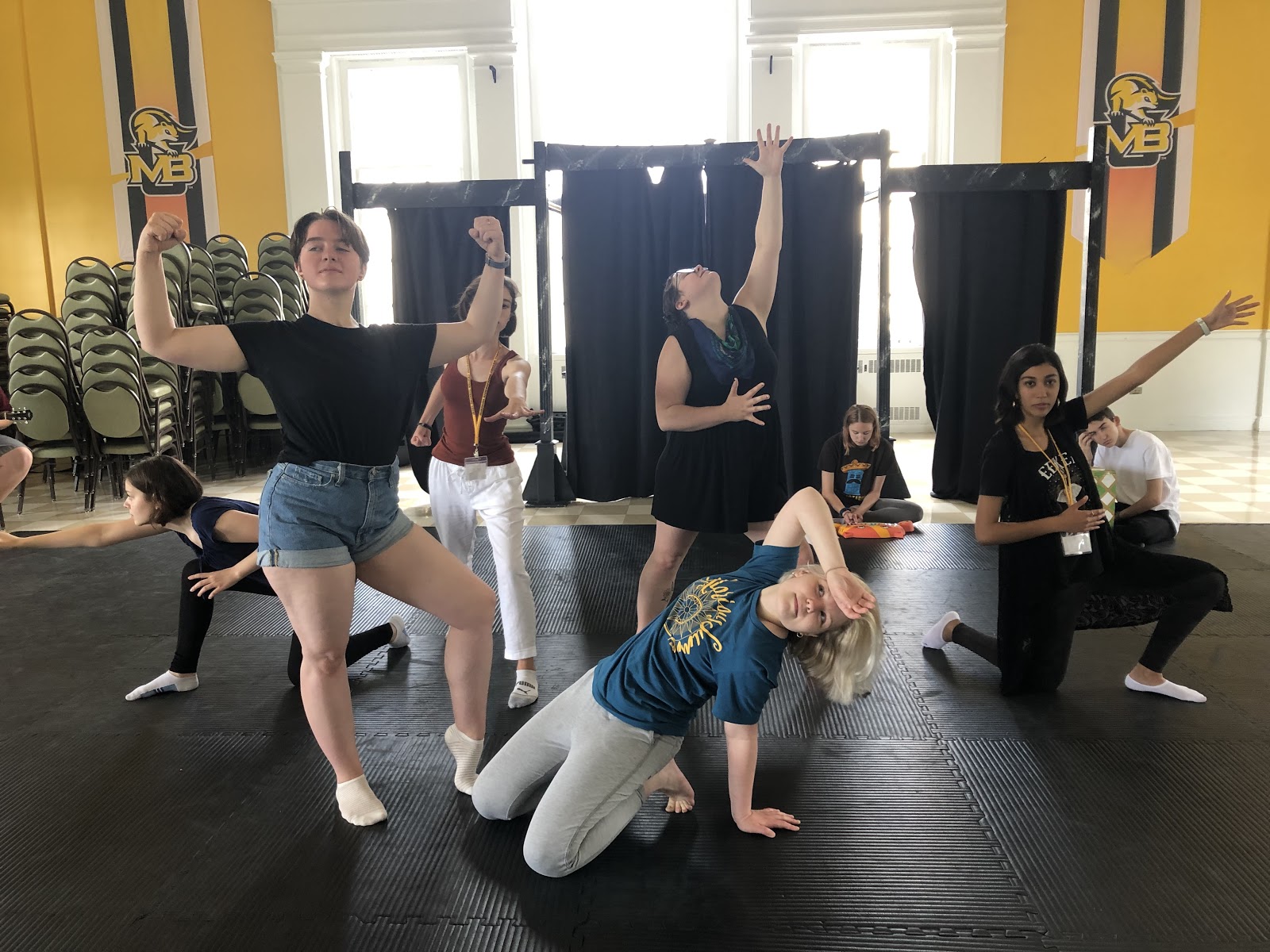 We began by checking in with everyone about how their day off had been and running all of the scenes we had blocked on Tuesday (everyone was so wonderfully off-book!). Next, we worked on music for the dance when Romeo and Juliet meet for the first time. We then learned and ran the dance with music before splitting up into smaller groups to work on text, sword fights and memorization.

“You have dancing shoes with nimble soles”

(On Romeo playing percussion for the dance ) “Romeo, you’ll be the heartbeat.”

“(On seeing a rehearsal instrument) A CAT PIANO!”

Today was a little different than our last rehearsal and if you could not tell, this blog post was written by a temporary correspondent, R & J’s resident stage manager and other production intern, Margot Flanders. This morning, we were all not feeling quite ourselves, so instead of focusing on continuing to block the show, we ran over what we learned on Tuesday (you can never practice fights too many times), learned the dance and then spent time working where the campers needed to. Our fearless and phenomenal director believes that if you learn a lot of blocking while feeling physically and emotionally poorly, then whenever you remember it, you will also remember how you felt. Thus, instead of pushing through and learning new blocking, they honed in on specifics that we had learned on Monday and worked to memorize for the future. The original plan had to change, but the work that came out of it will be deeply beneficial down the road.