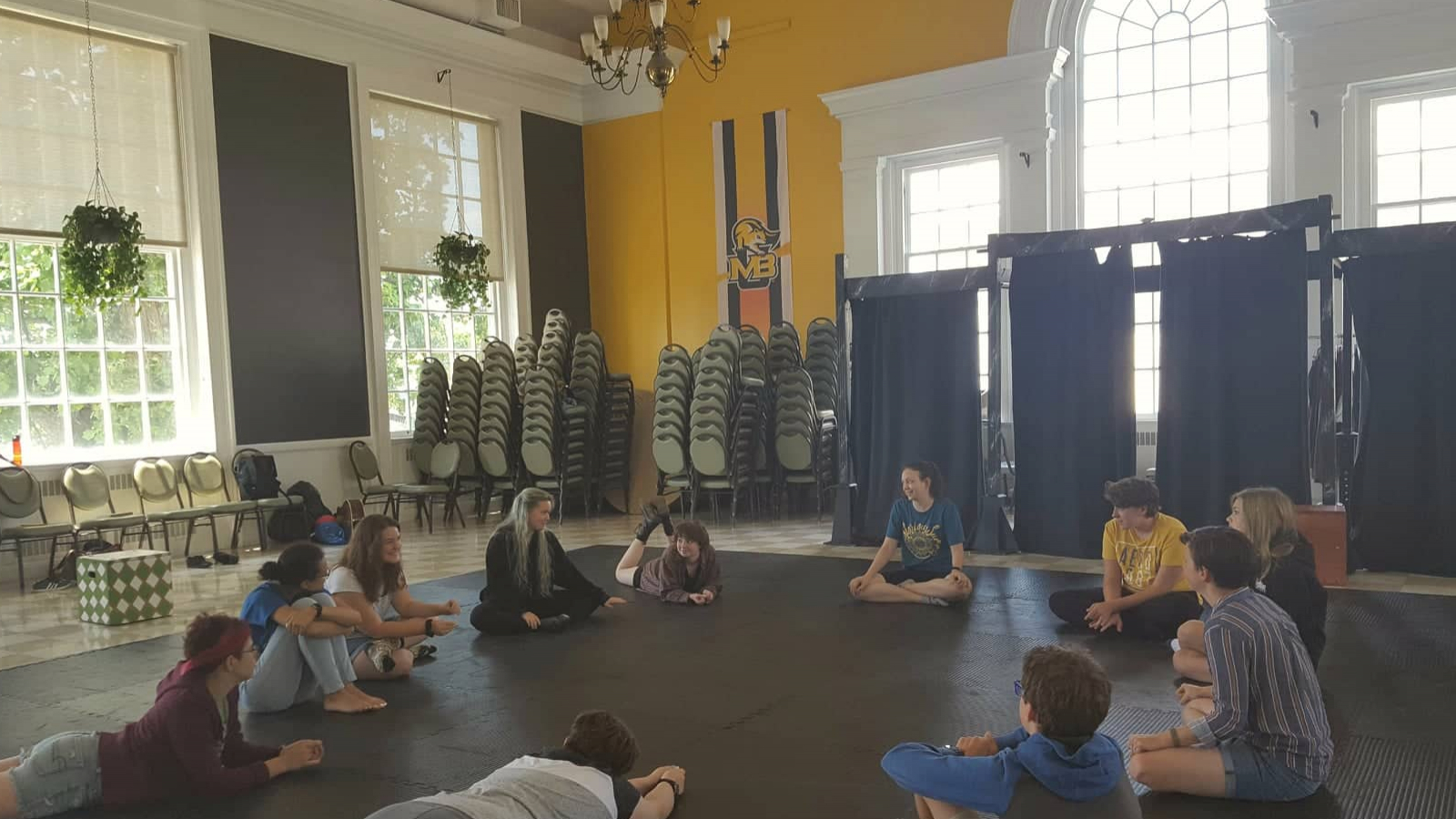 Continuing where we left off yesterday, today we ran the show from 2.1 to 3.1. Lots of those scenes are actually monologues (2.2, 2.4 and 2.5) or contain them (3.1), so today’s scene work was in the form of one-on-one sessions with particular actors. In those sessions, Finch focused on differentiating actors’ personal speech patterns and mannerisms from their characters’. Aspects of an actor’s offstage self invariably will (and should!) reveal themselves onstage, but those moments should be conscientious, controlled choices rather than by default—which is really, really hard.

Love, good sir? What mean you by it? Or what do you call it?

A heat full of coldness, a sweet full of bitterness, a pain full of pleasantness, which maketh thoughts have eyes and hearts ears, bred by desire, nursed by delight, weaned by jealousy, killed by dissembling, buried by ingratitude; and this is love. Fair lady, will you any?

“Say it like you’re talking to the world’s cutest puppy. Cuter. Cuter!”

Finch: “Repeat after me: Billie Button.”

Sometimes as an actor, you have to put all self-consciousness aside and embrace feeling ridiculous. Like when you’re doing lip-trills during vocal warm-ups, howling like a wolf, making thunderstorm whoosh noises, skipping around in a floofy dress, or swooning hopelessly in love. That willingness to be ridiculousness isn’t just necessary for comedy, but an inherent part of acting. The rehearsal process is where you try new things, fail new things, and make a total fool of yourself in a safe space.

As Gallathea rehearsals progress and our actors engage more deeply with their work, the nature of the feedback they receive from us is changing. We’re past asking questions about what they’re doing (entering where, saying what), but why. Why did you say that line that way? Why did you stress that word? What is motivating that choice? What other choices can you make? Can you forget everything you’ve ever practiced and try it completely differently, from the top? It’s challenging, vulnerable and even humbling—it definitely was when I was a camper—but that’s what builds a capable actor, collaborator, and ultimately a self-assured, thoughtful person, regardless of whether they pursue theatre as a profession.