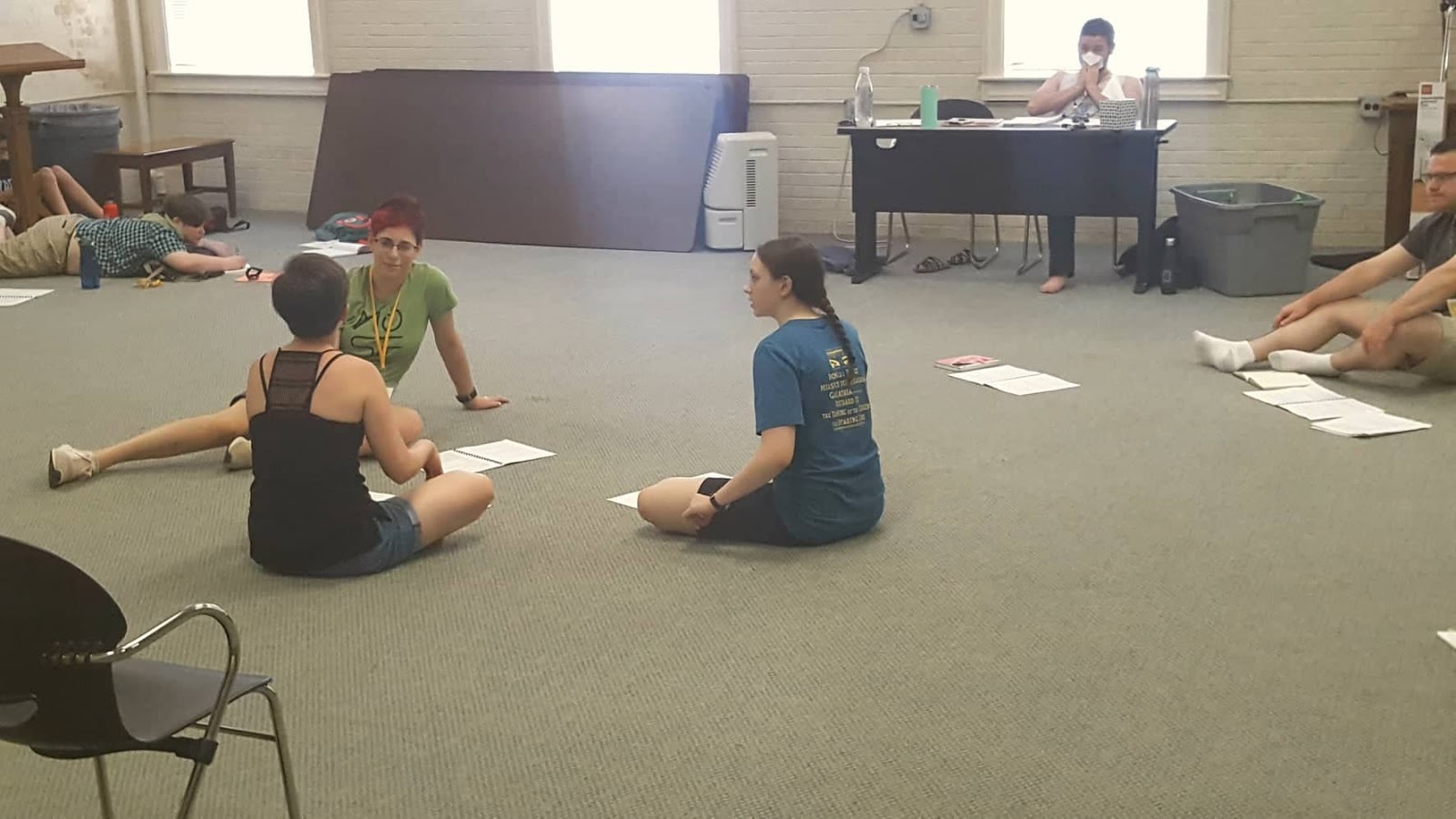 We began rehearsal with warm-ups, stretches, tongue-twisters, and a group check-in about everyone’s wellbeing. Then, scripts in hand, we dove into blocking act one, scene one and made it all the way through to the end of the act. Many of today’s puzzles were purely logistical—which door to enter, where to stand, when to exit—but we also practiced creating stage images, or arranging bodies in space onstage, especially in group scenes. We ended rehearsal with a successful run-through of all of act one.

“Fair nymph” (1.2.41). Nymph is a common word in Gallathea and a uniquely challenging one to project—the “f” sound is really muffling. In future rehearsals we’ll be pinpointing more words to make sure we enunciate.

“I put on those pants and I became a different person.”

Yesterday during our read-through the cast heard the play for the first time, but this was our first time seeing it on its feet. After this foundational blocking is laid, we’ll be able to progress into more specific, moment-to-moment movements, character beats, and the really meaty scene work.