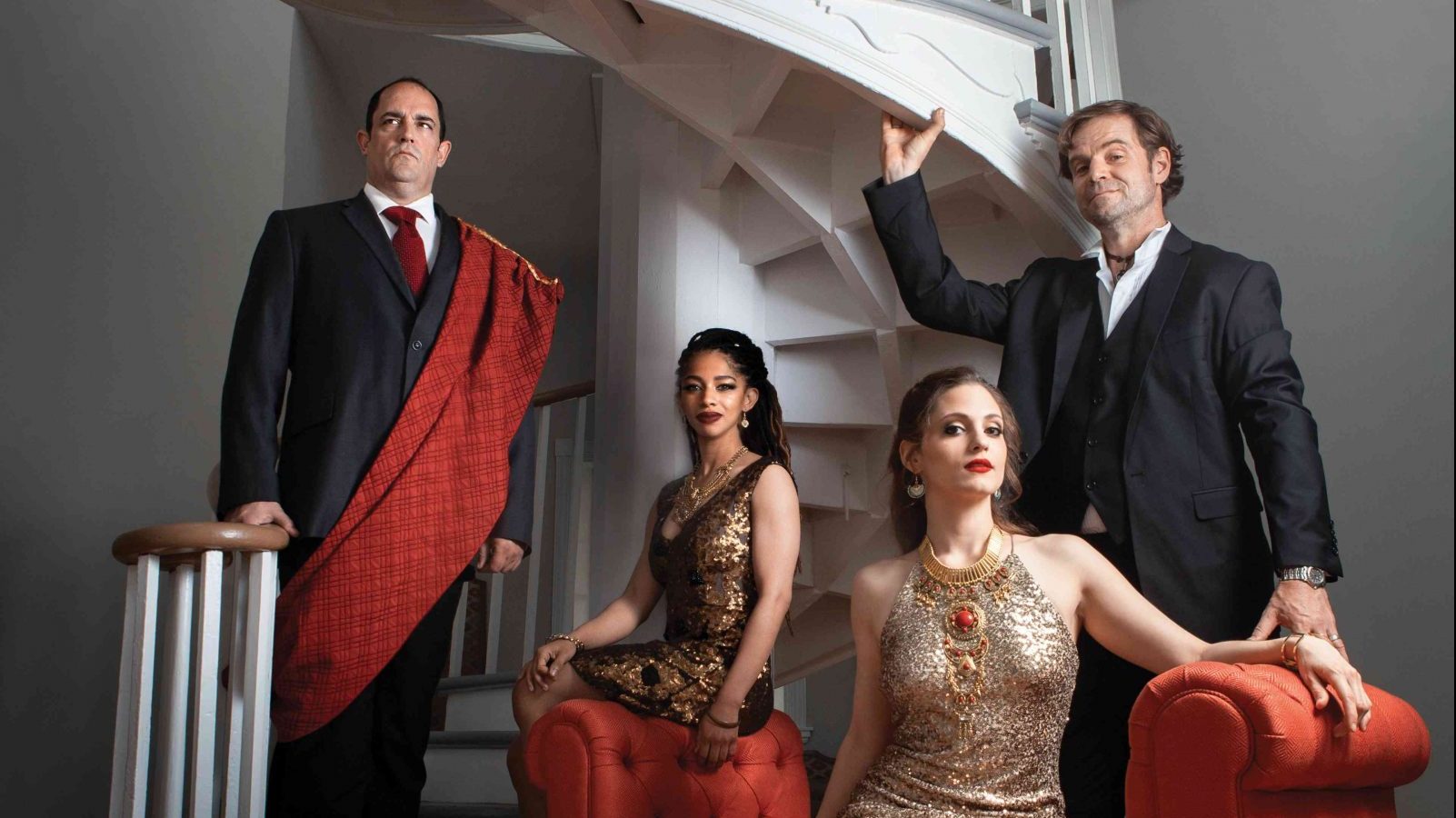 For his inaugural season at ASC, Artistic Director Ethan McSweeny has crafted a Roman Trio for audiences to experience. The 2019 Summer Festival unites 3 great plays by 2 great authors that together tell 1 epic story of politics and power played out in private and in public.

For his first summer with ASC, McSweeny has brought in two nationally-recognized directors to round out the rest of the season. 2014 Wall Street Journal Director of the Year and artistic director of NYC’s Bedlam Theatre Company Eric Tucker will direct Caesar & Cleopatra, and Obie award-winner Sharon Ott will helm Antony & Cleopatra. All three plays will perform in repertory together beginning August 8.

“For my first summer, I really wanted to emphasize the power of plays in repertory to tell a larger story taken together,” says McSweeny, “As far as we can tell, this may be the first time these three plays have ever been performed together by a single company. We have assembled a superb and versatile company of actors led by three very different and equally accomplished directors for what will be a season to remember at the Blackfriars.”

Also making her debut at ASC is Leighton Brown, who was previously seen on Broadway in The Heidi Chronicles and Cat on a Hot Tin Roof. She will be featured as Calphurnia in Julius Caesar. Michael Manocchio (Utah Shakespeare Festival, Moscow Art Theatre School, Virginia Repertory Theatre) and Nashville singer-songwriter Sylvie Davidson (Rubicon Theatre, Alliance Theatre, ACT Theatre) join at ASC for the first time.

ASC veteran Brandon Carter returns to the troupe as Cassius in Julius Caesar while John Harrell, who has performed with ASC for over 25 seasons, takes on the role of Brutus. They are joined by ASC performer of over 20 seasons Chris Johnston who plays numerous parts in each production and arranges the live music sung by the cast during each performance. Constance Swain (Cleopatra), along with actors Annabelle Rollison and Ronald Román-Meléndez, enters the ASC Resident Troupe at ASC after several years and 75,000 miles on the road with the ASC National Tour.

The 2019 Summer Festival Season is performed in the Blackfriars Playhouse, the world’s only re-creation of Shakespeare’s indoor theatre. Entering a new artistic era, the company is treating the Playhouse as a laboratory for exploring the early-modern stage and its performance conditions in a contemporary context. In this, as in all of ASC’s programming, the mission is to make good on the promise of being Shakespeare’s American Home.

Performances of the season’s first production, Julius Caesar, begin June 25. Tickets for the 2019 Summer Festival Season cycle are on sale now and can be purchased by calling the ASC Box Office at 877-Much-Ado. You can visit them on the web at americanshakespearecenter.com. Tickets are also on sale for the Fall and Holiday Seasons atASC, and subscriptions are available for purchase.