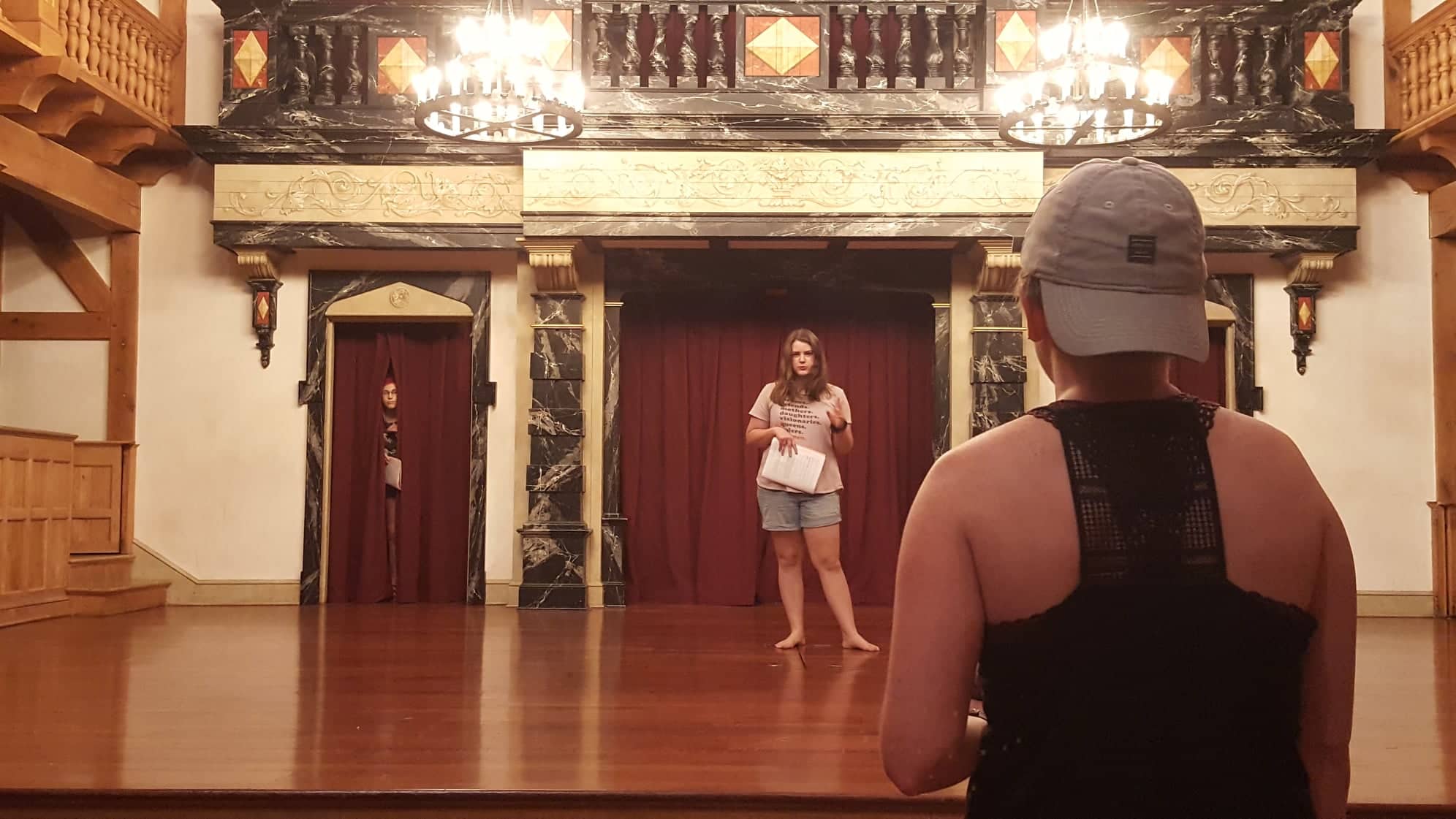 We rehearsed not once, but twice today: first in the early afternoon from 1 to 4:30 in Hunt West, and then from 9-10:00 at the Blackfriars. This was a late night because all three shows cycled through the Blackfriars space and our cast was scheduled in the last slot; tomorrow, we’ll be first and finish early.

At Hunt West, we began the day with a music rehearsal and then resumed scene work from 3.1. At the Blackfriars, we finished our cue-to-cue of acts four and five. We actually had the stage until 10:55, but the cast worked really efficiently and finished an hour ahead of schedule.

From the stage manager:

“Sing it like you’re this close to jumping into a mosh pit.”

Finch: “Who are you saying that line to?”

Andrew W: “The skies, the heavens, the universe!”

ASCTC has a lot of what I call campisms, the odd and oft-repeated proverbs of our camp-specific lexicon: “Repetition is the best form of pedagogy,” “The text is a lie,” “Get Ralphed,” etc. etc., none of which make much sense outside the Mary Baldwin campus.

Now, there’s a Gallathea-specific campism to add to the list: “anthemic joy.” I didn’t even know there was an adjectival form of “anthem” before this production, but it’s become a common refrain in our music rehearsals to describe the effect we’re aiming to capture for with the show song. Anthemic joy is a rallying cry—it’s unity, pride, and my new favorite campism.