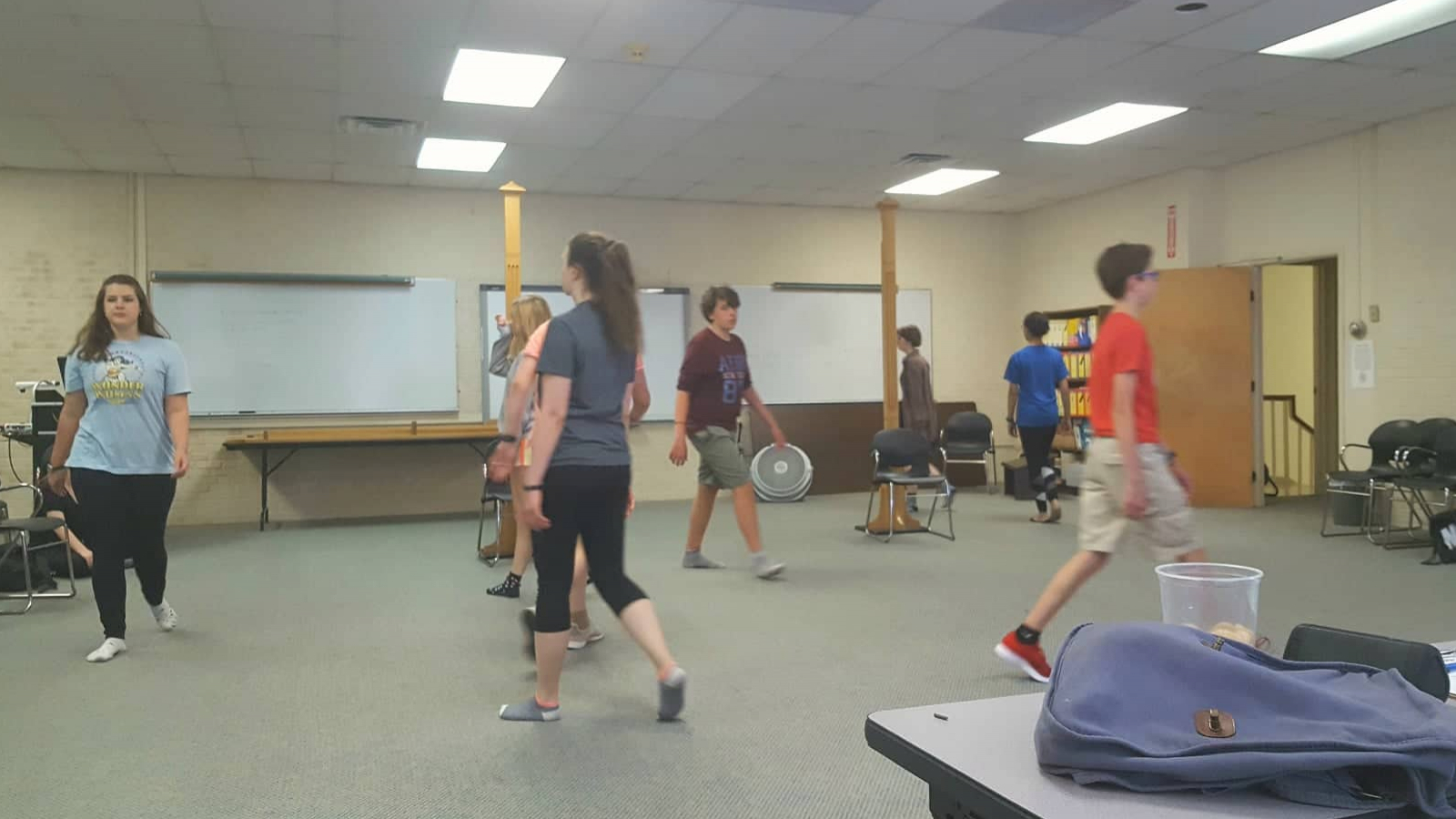 On Thursday, campers attended a lecture by Dr. Ralph Cohen, one of the Co-Founders of the ASC and founder of Mary Baldwin’s Shakespeare and Performance graduate program. Although we’re the rogue non-Shakespeare play this session, Dr. Ralph offered some insights on Gallathea and its playwright John Lyly, and Lyly’s unique, rhetorically-dense style known as euphuism, especially relevant today as we encountered and deciphered blocks of prose.

Our progress through the play has consistently averaged about one act per rehearsal, today act three—we’re past the halfway mark! Rehearsal highlight: our actors playing Phillida and Gallathea began character work on act three, scene two, colloquially known as “The Cute Scene.” One of the largest challenges of 3.2 is the characters’ use of asides, or lines delivered to the audience rather than another actor. Asides aren’t necessarily demarcated in the text: some editors might insert a bracketed [Aside] or parenthesis, but they’re ultimately at the actors’ discretion, who decide as scene partners when they hear each other and when the don’t—decisions that require a complete understanding not only of their own role, but the scene and its greater context. It’s a complicated theatrical problem and a fun one to solve.

“Come, let us into the grove, and make much one of another, that cannot tell what to think one of another” (Phillida, 3.2.364-5). No additional commentary here—I just think this is just a beautiful line.

On the assorted wolf barks, yips, and howls: “The librarians are going to be so confused.”

The air conditioning situation in Grafton is much improved and so is morale. On another note, we’ve configured our rehearsal space into two rooms: the main room, where Finch works scene-by-scene, and a breakout room where those who aren’t currently being used onstage can rest, run lines, or work with one of the assistant directors or interns on their text.

Jules Talbot is a freshman at NYU Gallatin studying Shakespeare, creative writing, illustration, and all of the disciplines where they overlap, from graphic novels to scenic art and playwriting. Currently, she’s working on a comic book adaptation of Hamlet called “I Am Dead, Horatio”; she has seen around twenty-three productions of Hamlet, and if you have any recommendations, is always looking for more.