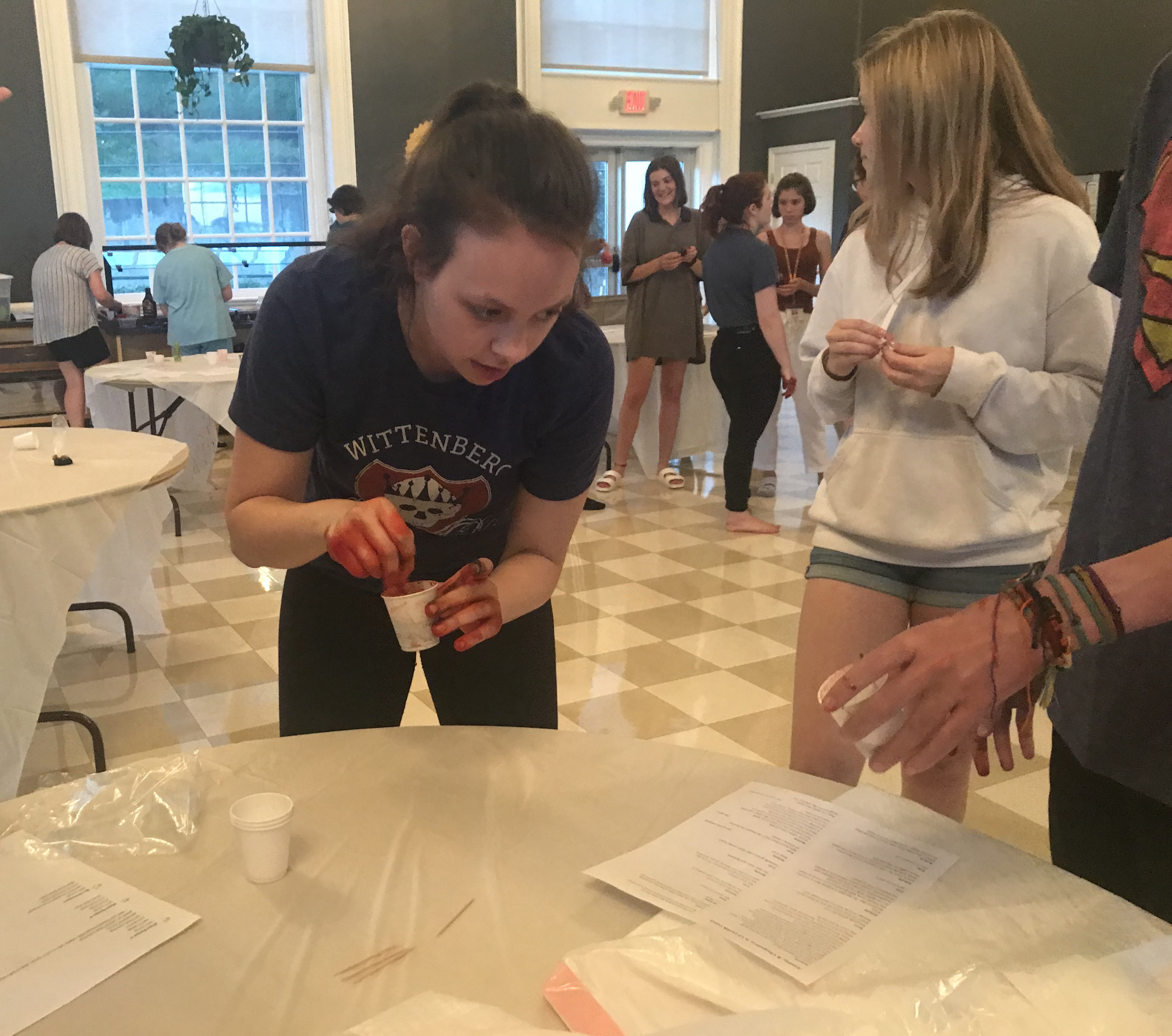 One of the best things about this camp, in my opinion, is that the campers get to see the shows at the American Shakespeare Center while they’re here. And they see them more than once! This exposes them to live theatre, makes them more intimately familiar with Shakespeare’s staging conditions for those who are not already, and is a lot of fun.

This year, the campers will be seeing Julius Caesar and Antony and Cleopatra.

If you’ve never seen or read these shows, spoiler alert: There is death. And there is blood.

Blood can make anybody squeamish. And rightfully so, it can be gross. But even more than just that, every camper (and each staff member for that matter) has their own experiences with blood that can make them uncomfortable. Therefore, seeing death with blood portrayed on stage can make them very uncomfortable. And it can trigger something for them.

Trigger warnings get a bad rap, and I might say even more so in theatre. Some people argue that it “coddles” audience members, and that it encourages them to be made uncomfortable by something they might not otherwise. I don’t agree with that argument, but I understand where it comes from! Luckily, the way American Shakespeare Center Theatre Camp chose to handle trigger warnings puts those worries to rest.

Last night, our campers had “blood time.” During this workshop, they broke into groups and tried different recipes to make blood. Then, they performed scenes (specifically from Julius Caesar and Antony and Cleopatra) where the characters get bloody, using the blood that they made. And they had SO much fun. They were super pumped to get messy and perform for their peers, and were super excited to analyze the different ways the blood splattered or spurted or dripped… It was a great time.

More importantly than just giving the campers a fun activity to do on a Thursday night, these campers are now empowered with knowledge. When they see Julius Caesar tomorrow night, they are totally prepared. They know when the moment of harm is coming, because they worked with the text, and they know how it’s happening.

This is the first time we’ve done this workshop specifically, so time will tell what the results will be. But if last night was any indication, these campers are going to be able to watch this show with the knowledge of how it happened, not worry about being triggered, and have a super enjoyable time doing it. 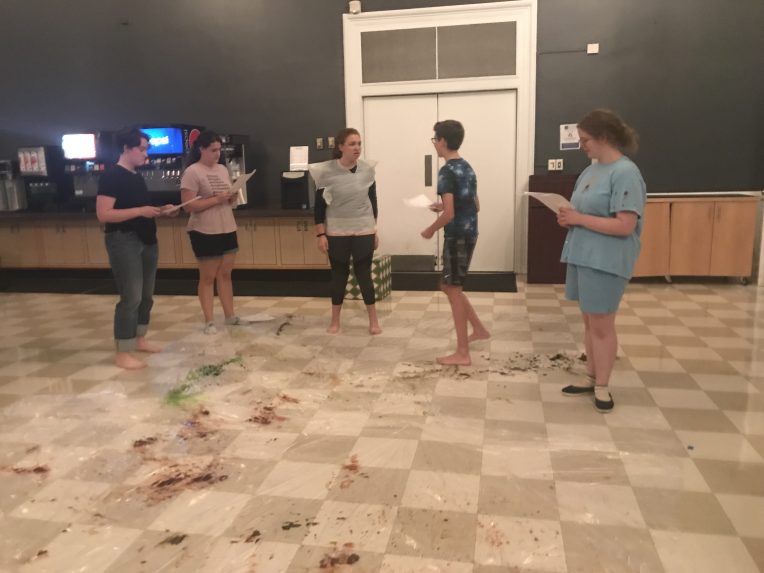 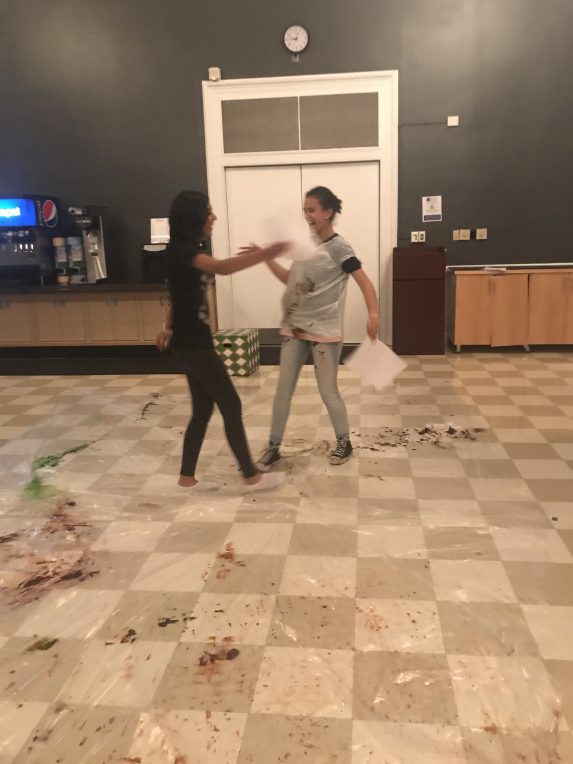 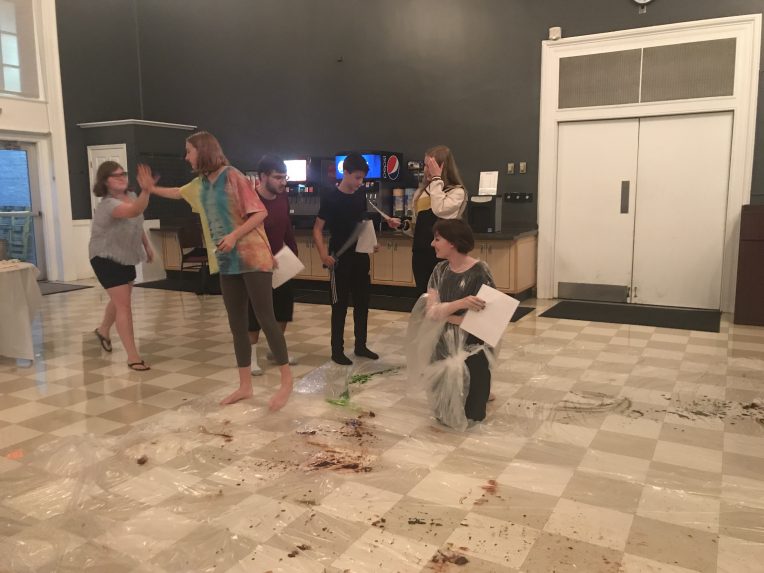 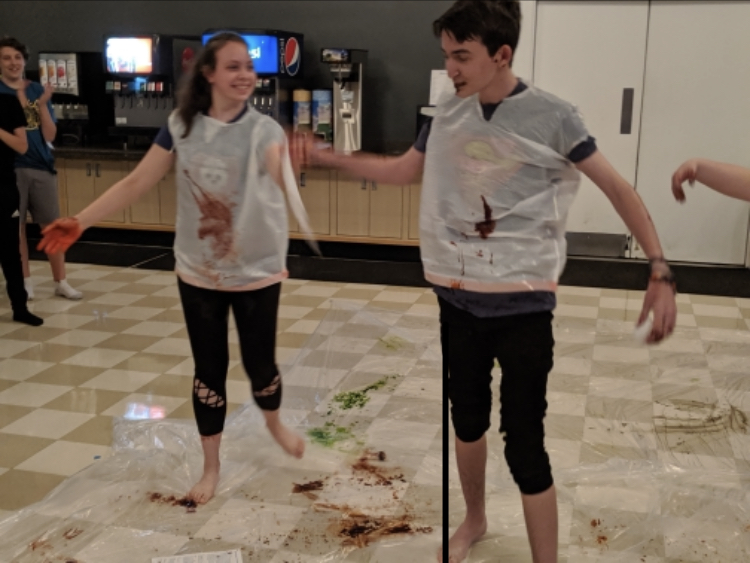 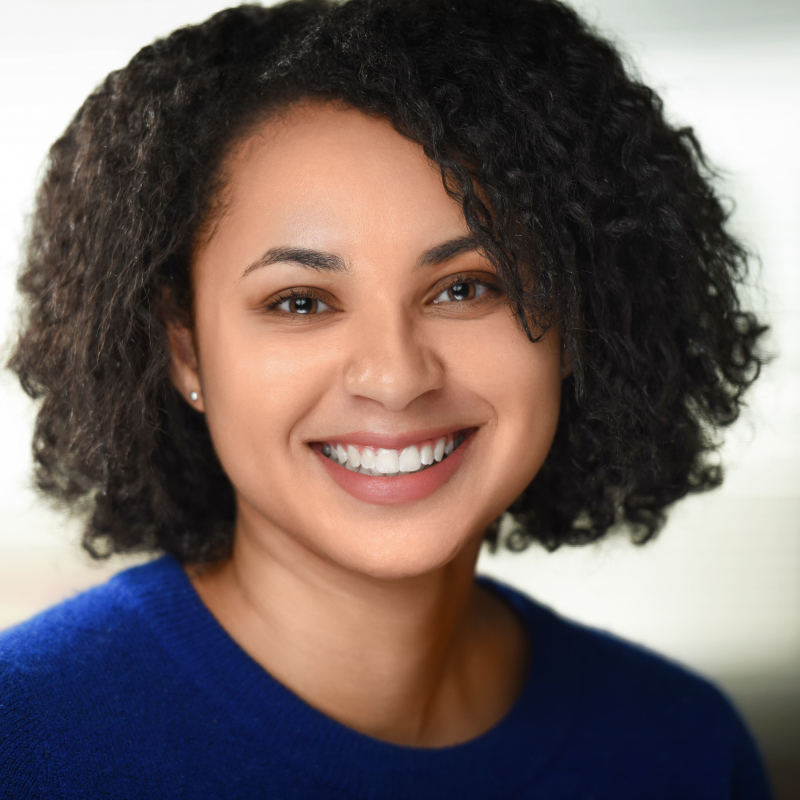 Taylor Leigh Lamb was born and raised in Virginia Beach, Virginia. She has had a passionate love of theatre since the fifth grade which has carried her throughout her whole life, all the way to her studying English with a minor in Drama at the University of Virginia, where she graduated in May 2018. From there, she worked as the Marketing and Development Apprentice at Olney Theatre Center. Taylor is a playwright, an actor, an arts administrator, and a director. She believes deeply in the power of art to impact social change, and hopes to one day make those impacts through theatre and writing. Taylor is a Sagittarius, with an ardent love of Beyoncé, and Buffy the Vampire Slayer is her favorite TV show of all time. She believes the last sentence is equally important as everything else she said here.