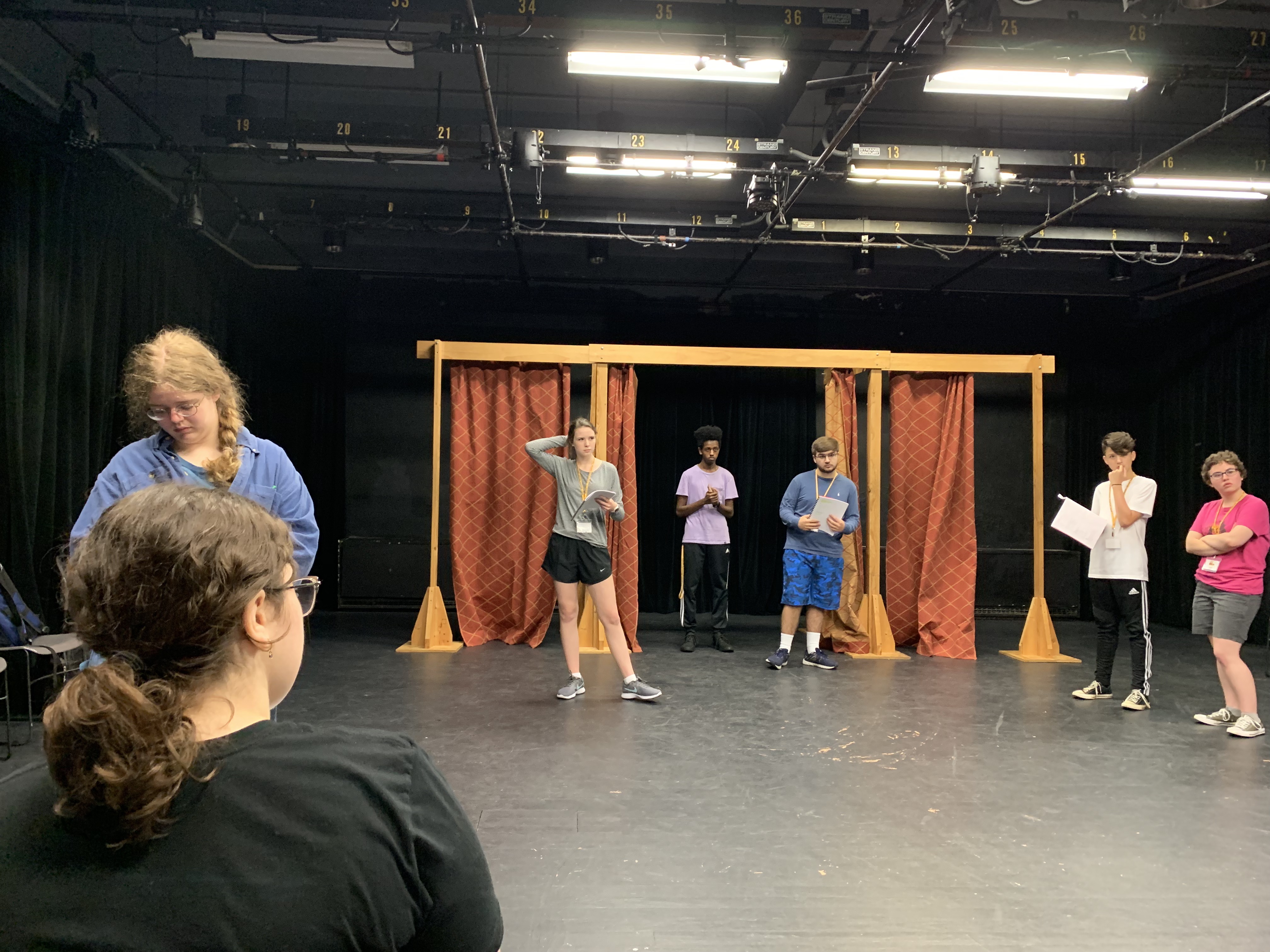 We started today with some micro-group table working of Act 1, scenes 2, 3, and 5, then jumped briefly to reviewing and practicing new choreography and music for our opening pre-show number. Once we’d finished our final table work for those scenes, we started blocking the show, starting with the opening pre-show number. We tapped particularly into our agency (as actors) over time within this sequence, exploring how we could, with adequate depth and little time, tell the story of a Vienna fallen to salaciousness, debauchery, and decay. And all before any of the text begins!

“Our doubts are traitors/ And make us lose the good we oft might win,/ By fearing to attempt.”

“In Romeo & Juliet, the parents are the ones who screw things up for the young people. There are no parents in this [play], and everything is run amuck!”

“Did Shakespeare run out of names or something?”

I am appalled when I think of all of the Shakespeare productions I’ve worked on that have not included a deep-dive dramaturgical foray into the world of the play. By this hand, my work on Measure for Measure has undoubtedly changed the way I will approach dramaturgy from now onward! For one, it helps us start to think about why Shakespeare might have written the play in the first place. And while there isn’t usually any definitive evidence as to exactly why Shakespeare wrote any of his plays, sometimes – as is the case with Measure for Measure – the late 16th- and early 17th-century English social context can inform your whole experience with the text and your character. For example, Measure for Measure was written roughly a year after James I was coronated. While the royal transition of power from the heirless Queen Elizabeth I was a shockingly smooth one (i.e. no bloodbath over the empty throne), it was still a time of great political uncertainty. Who was James I (formerly King James VI of Scotland) and how was he going to rule? This also meant that Shakespeare’s acting troupe was now benefitting from the patronage of James I. Political and religious uncertainty and power vacuums were things on everyone’s radar, as was the obligation for the arts to avoid direct criticism or doubts about their royal patron (because that’s where their money was coming from!). So it’s not surprising that Shakespeare wrote a play at this very historical moment which neutrally observes the power vacuum left by an absent ruler, examines the resulting tension between moral and lawful justice, and duly references much of the political, religious, and social doctrines expounded by the new King of England. Chew on that!