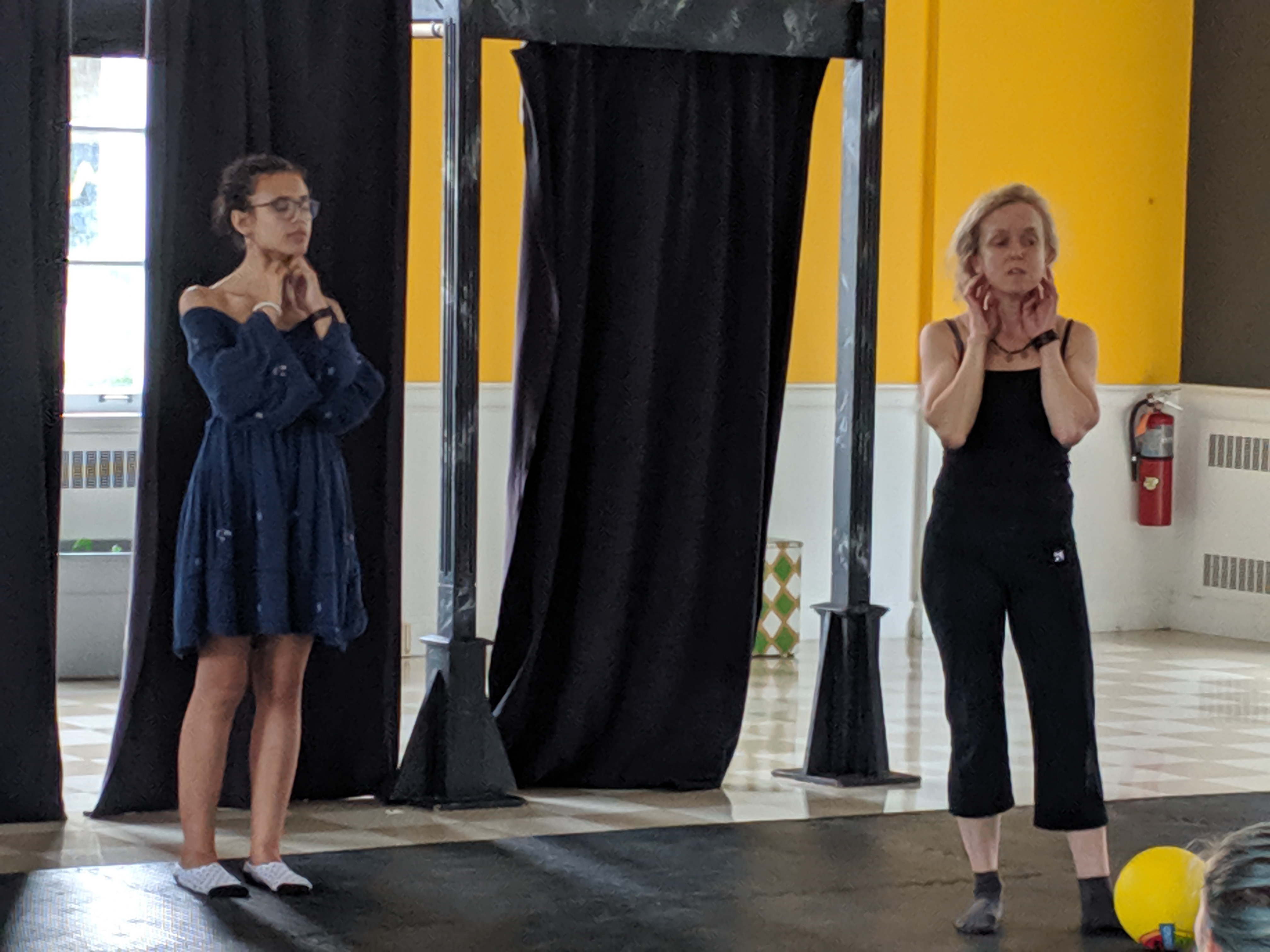 Today after rehearsal our students had not one, not two, but THREE workshops. I LOVE watching our students in these workshops. I love seeing them have moments of discovery. When they realize something about their texts, or their voices, or some new thing that they never had encountered before.
While workshops like these have value in a vacuum, they are even more interesting in tandem with production. By bringing things from your rehearsal room into the workshop, the work becomes less theoretical and more tangible. You can take the lessons you get from the workshop and apply it immediately to the work you’ve already been doing.
I followed along with the cast I have been working with to their three workshops, and being able to see the growth that happened just in those three hours was a gift. I sometimes forget how many different elements makeup acting. Today served as a great reminder of the plethora of tools that are at a performers disposal.
First, the students worked with ASC actor Brandon Carter. In this acting workshop the students learned to frame acting as “living truthfully moment to moment under imaginary circumstances”. They learned some of the fundamental building blocks of acting like “What is my objective” (The thing your character needs) “What is my action” (The active thing you are doing to the other character to complete your objective) and “Where is the beat” (The division of a scene based on where two characters actions change). These tools are important to any actor, young and old. These are basic storytelling mechanics that can be leveraged for performance.
Second, the students worked with fellow Resident and Directing assistant Austin Harleson on IPA (International Phonetics Alphabet). IPA was developed as a means to notating language not as a series of letters but rather by as the sounds that make up the words we speak. By doing this we become more aware of the sounds that make up our words and are also able to dissect what sounds make up a particular dialect or accent. Our students then were able to write their own names in IPA to practice what they had learned.
Finally, the students worked with Nancy Anderson on voice (look her up, she’s AMAZING). Using the text they had been working on during rehearsal, students worked with Nancy to locate tensions in their bodies. By finding ways to release this tension Nancy had freed up both their bodies and their voices (the two are intimately connected). I was FLOORED by this work. The students felt freer, their diction was clearer, their projection was stronger, and their connection to the text felt more natural. It’s amazing what happens when we work to relax our stressed out bodies.
These three workshops are going to make the work these students do in rehearsals even more fruitful. Not only will the work be more dynamic, but the students will have a greater understanding of acting, language, and their own voices.