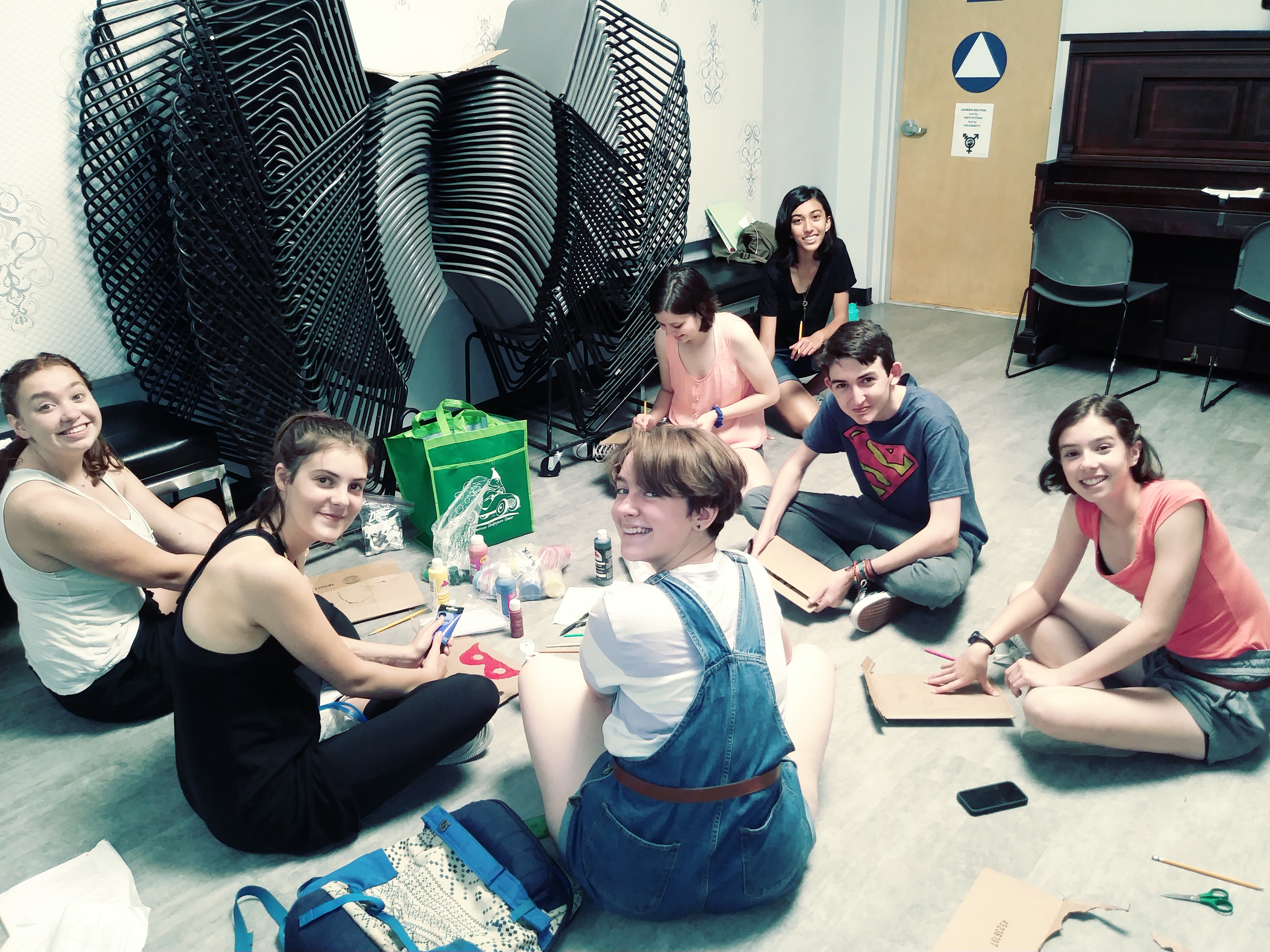 Beginning with a music and dance call, we quickly moved on to a fight call. We then ran, completed scansion, and closeworked from Act 3, Scene i to Act III, Scene iv. Meanwhile, those campers who were not in scene work designed their masks for

“It’s the Capulets on broadway.”

From the cast  “Mainly I was super intimidated during my audition so I made prolonged eye contact to be more comfortable.”

Today during rehearsal, we went closely over some of the most difficult scenes in Romeo and Juliet, beginning with Act III, scene i (the death of Mercutio.) I won’t go into detail so as not to spoil our wonderful production, in hopes that you’ll come to see our show (July 7th!); some elements of the language struck me in particular today, however, especially in the context of some of my earlier writing for this blog. In act III, scene i, after Mercutio has been fatally stabbed, Romeo and Mercutio’s speeches simply disbelieve Mercutio’s wound. Their youth and inexperience shows in this; it extremifies the tragedy of the play, just as the extreme youth of Juliet. It can be inferred from their response to the violence that neither has seen that kind of wound before, or could know of its severity; not only is their youth emphasized in itself, but heavily contrasted against the age and experience of Montague, Capulet, and the Prince. Their response to their friends’ mortal wound is simple, boyish, and an earth-shattering moment of lost youth.