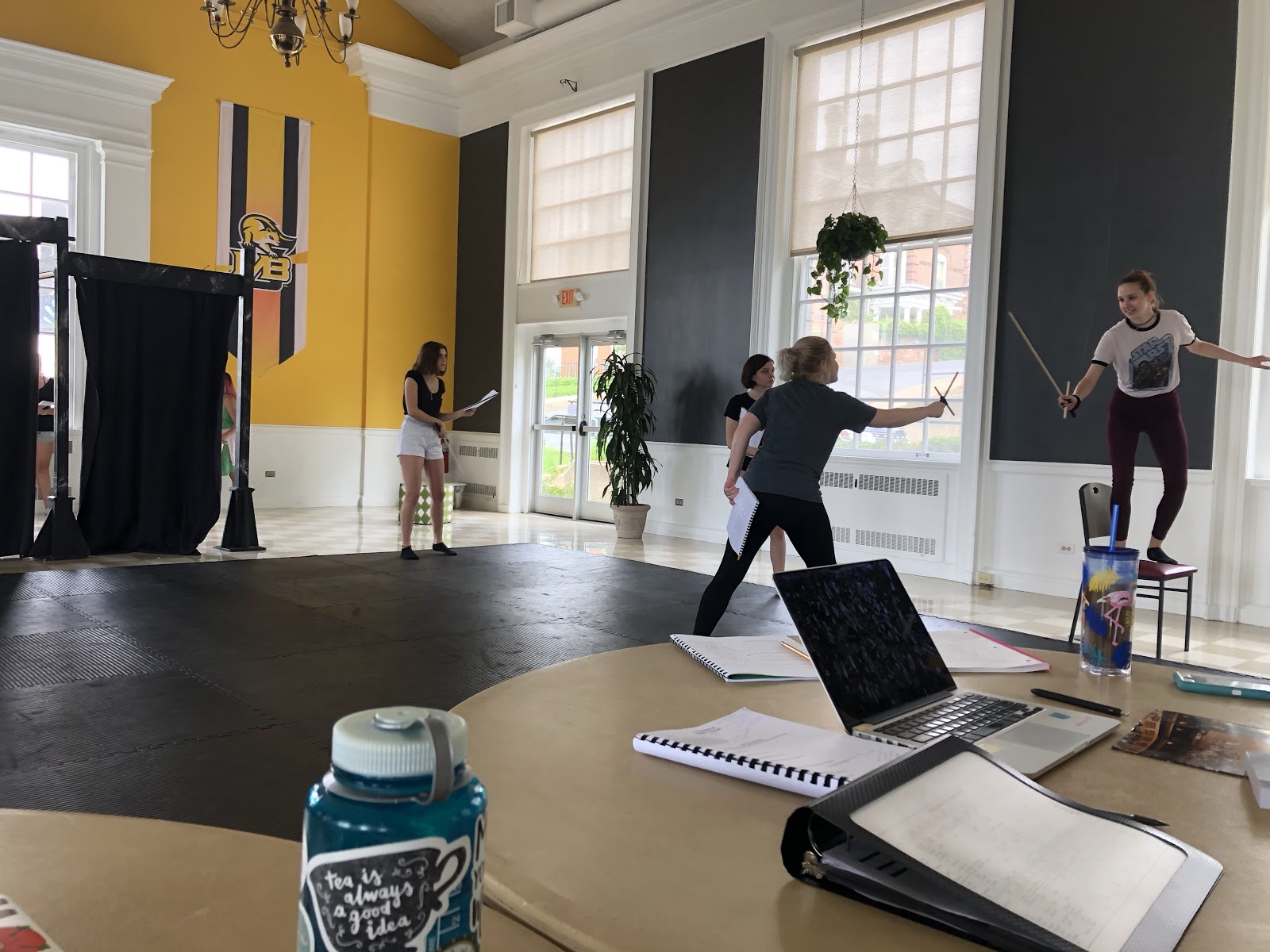 We began the day with some physical and vocal warmups with Austin and Amalia. Next, the campers broke off, with those fighting in the first scene working with Miriam, Austin, and Amalia, and those offstage doing textwork. We made it from the beginning of the play to Act I Scene iv with blocking, as well as completing a large amount of very valuable textwork, as well as the essential I.i fight.

“Give me my Romeo, and when I shall die,

Take him and cut him out in little stars,

And he will make the face of Heaven so fine,

That all the world shall be in love with night.”

(On being asked about a costume choice) “As long as they’re taking ownership of their play, I love it.”

“The first fight is really a fight between frat boys but later, it really gets serious.”

Today I got a chance to sit down and do textwork with most of our fabulous cast. The initiative taken by our actors is really stellar; each of them came with interesting thoughts and observations, always ready to ask questions, and always looking for a new answer or a new way to make a choice with a line. Even after a single day, they’re already a family. Their work onstage as well as off has been beautiful to see. We’re one rehearsal in, and already this is shaping up to be a really fascinating and thought-provoking production. I’m learning a lot from their drive and initiative. As a passive eye in the rehearsal room, they’re a joy to watch. Romeo and Juliet repeatedly focuses on the element of time. References to days, nights, years, tomorrow, yesterday, and other measures of time are nearly constant. This is my first experience as a dramaturg, and this play was the first Shakespeare I saw performed; that was several years ago, but this is another sort of beginning. We’ve only got a short amount of time here at camp to put this gorgeous piece of theatre together, but as with all things, we make sure to remember Friar Laurence’s advice:

“Wisely and slow, they stumble that run fast.”