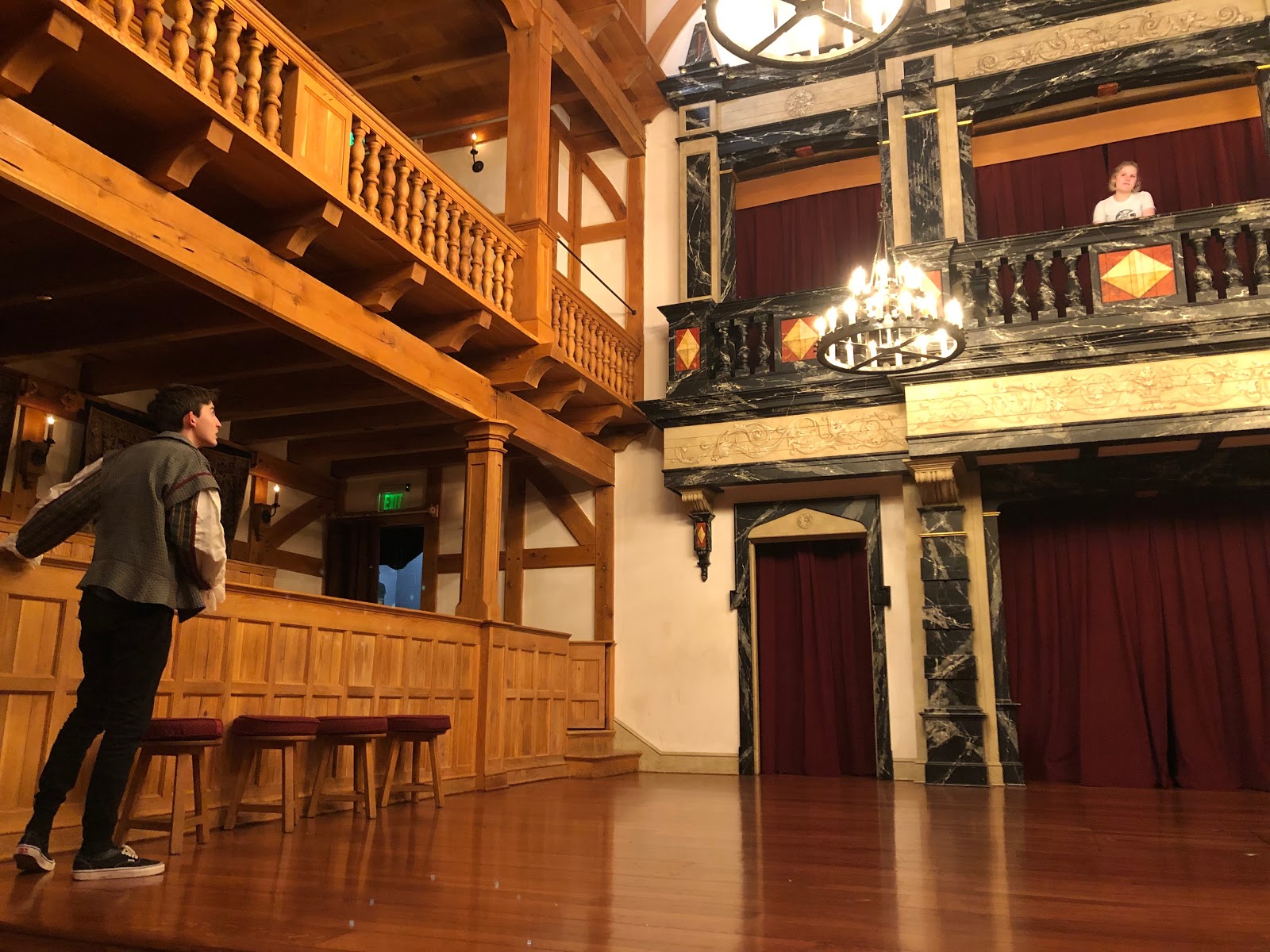 Today in the midafternoon, we began with specialized fight work into act I, scene i, while Margot and Joe made a short run to the costume shop. Following, we finished our tablework and closework of the play with acts IV and V. We finished off our afternoon with a music call, where we refined our preshow songs for the camp command performance and Julius Caesar.

In the evening block in the Blackfriars, we began with a fight call, then quickly transitioned into a full run of the show. While we were cut off early due to lack of time, our actors gained valuable experience acting with costumes and in the space.

“My poverty, but not my will, consents.” Apothecary, act V.

Today, our cast got their first chance to rehearse in the gorgeous Blackfriars Playhouse, a space which has already become a home to them. After already seeing three blackfriars shows, with the opportunity to see several more over the first week. Around this time, the stakes become real for the campers: they’ve seen what actors can do on that stage, and are hungering to try their own hand at it. While this is a time of nerves for many, in less than a week now, all of their hard work will have paid off. Tomorrow, we have our second Blackfriars in the space, as well as our regularly scheduled morning rehearsal, where we will switch spaces for the final time. As we near the closing stretch of our camp journey, our days are getting longer, but our spirits ever lighter; Romeo and Juliet, in particular, is almost complete, ready to be a gorgeous piece of theatre for the audience to enjoy.