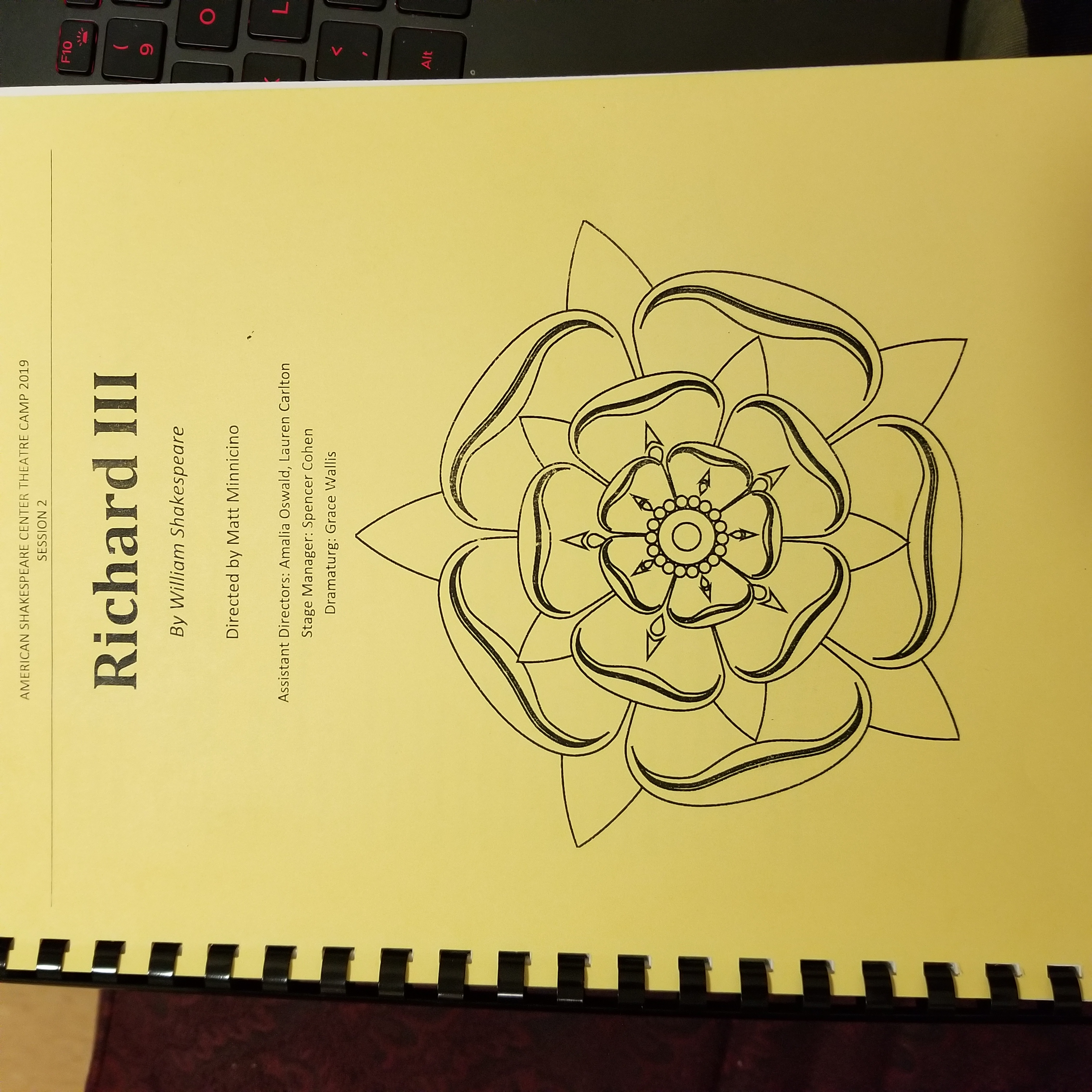 Today we met our cast for the first time! Every cast met at the Blackfriars and had our first rehearsals. Matt decided to get the cast feeling more like an ensemble from the start so we began our process with group viewpoints (a group exercise based on paying attention to how your body moves in the space). The students explored the space and created impromptu tableaus based on theme words that Matt gave them. We also played a few games to help build rhythm in the group. First we played a game where we passed energy by holding eye contact and clapping at the same time. Then we played a second game where we also passed energy but this time we did it by making eye contact across a circle after which the recipient of the energy had to say “Yes” and then pass the energy on.

I should probably introduce myself. I’m Spencer Cohen and the dramaturg for session 2’s Richard III. I’m extremely excited to start working with this new cast and on Richard III. I am much more often an actor than I am on the production team so, I’m excited to use this as a learning experience to increase my knowledge of dramaturgy, direction, music arrangement, and study of Shakespeare’s text.