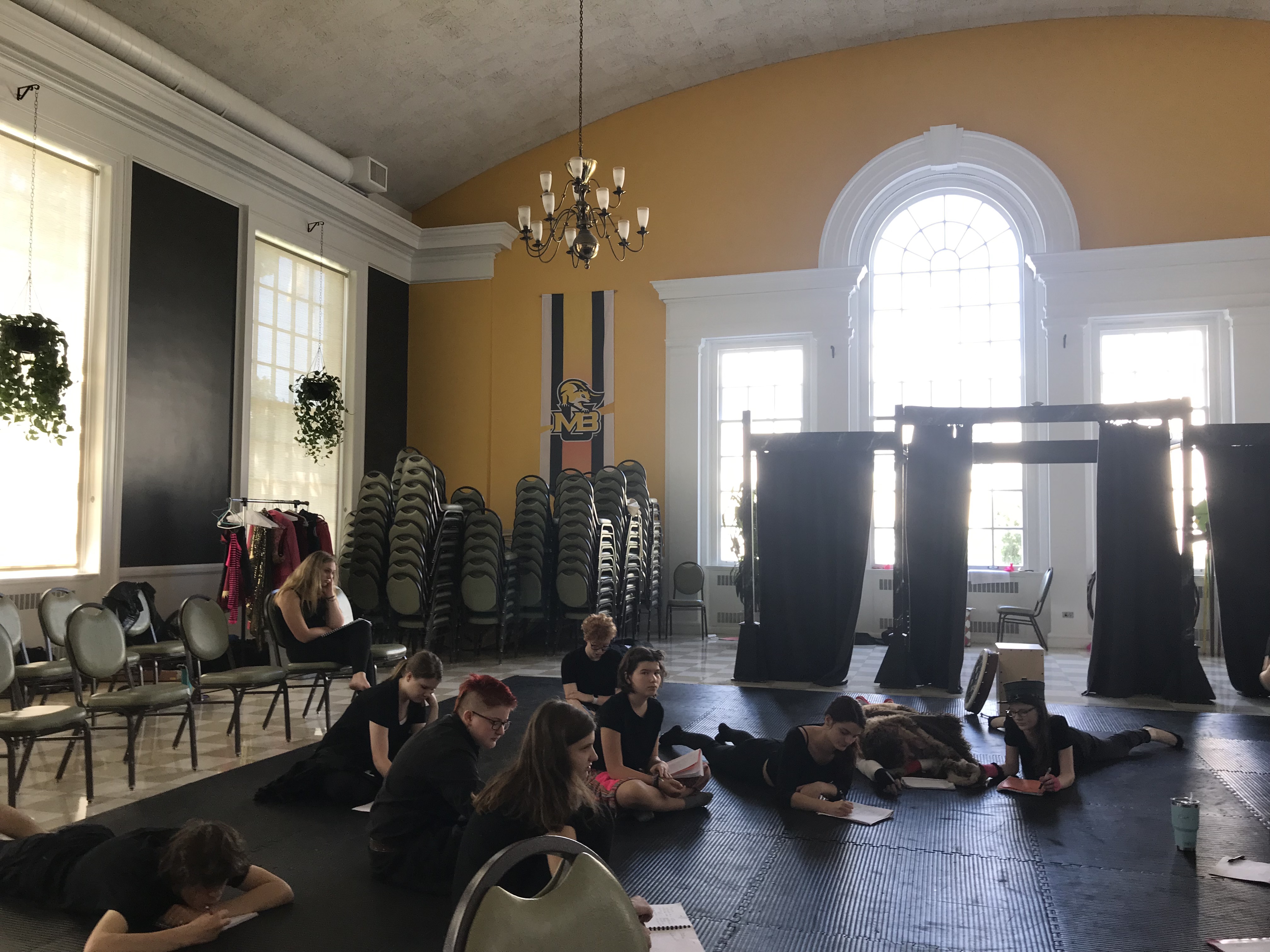 What we did: Our final space rotation of the session. After having spent time in Grafton Library and the Deming black-box, now finally we have made it to the Hunt West space that you may have seen during the orientation day. We started the day with some warm ups, then began our full run of the day. Our time is now at 1 hour and 1 minute! Every day we cut down on empty air and increase the pacing of each moment in the play. We then took time to review the show and listen to notes from the director and assistant directors. After notes, we decided it would be best to work transitions and tableaux moments to sharpen intention and imagery.

“These sights are excellent!”

Fun fact, omnes is not a character, but a Jacobean way of saying “all” it appears rarely (only once or twice) in Shakespeare’s canon.

“I don’t want to chuck a sparkly garment at a gallant.”

Ah yes, the power of the pause. Today, as we cut out a whole five minutes of dead air from the production, it brings me to reflect on the power of the pause. When working with comedy, it is crucial to understand where your pauses are, and where they don’t need to be. In theater pauses are often a dreaded space killer that messes with energy and tempo, but when employed with precision—as our cast is working on—it can fill a theater with laughter rather than crickets. Once lines are learned and blocking memorized, cutting out unnecessary pauses in transitions, and in scenes ups the energy to make the comedy…well…funny!