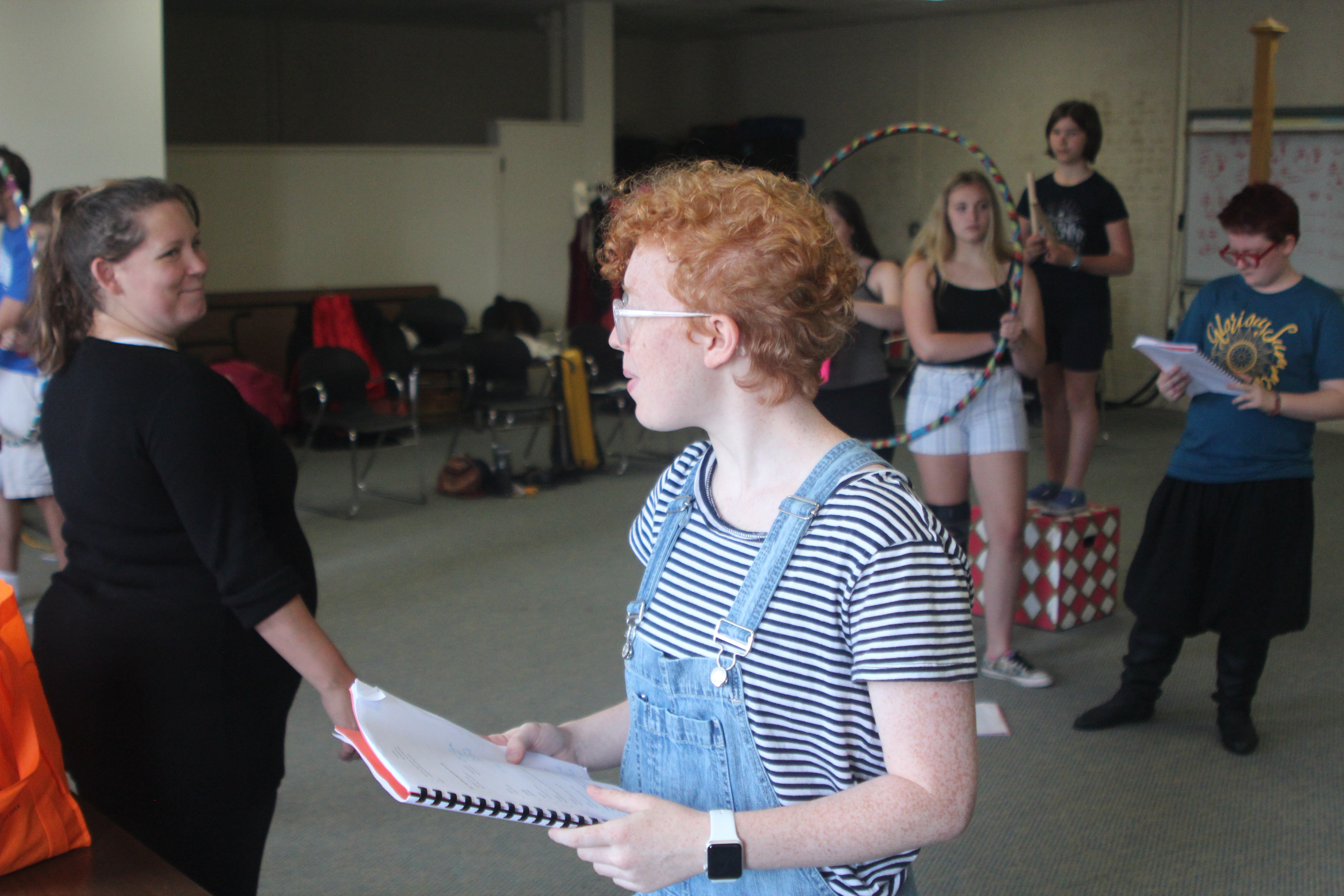 What we did: We started by focusing in with RDA Cortland, after that we immediately began to finish blocking Act 2, scene 2. Were able to move then into ran through and finish blocking Act 3 scene 1; finally we knocked out that massive crowd scene, and then skipped ahead in the script in order to block Act 5 scene 2, working with a special element of the playhouse that we will be testing in the space. After running the scene, we pulled some more costumes and tried them on, and then began blocking Act 3 scene 3. Finally we ran through the song and dance to keep everything fresh!

“If they catch the scent of a wench they run like devils.”

“Hehe this pleases me.”

-Lily’s got Sir Guy all figured out.

Today’s insight is regarding the early modern Italian theatrical form of commedia dell’arte. Commedia stories are often those of two young lovers (Columbina and Arlecchino [Harlequin]) who must overcome the obstacle of their parents and other comedic stock characters such as Pierrot and Il Capitano. Commedia became popularized in the 16th century, and the English were frequently caught copying the Italian’s style in playwriting in 17th century (see: bed tricks in Measure for Measure, and All’s Well That Ends Well; see: commedia dell’arte stock troupes in Romeo and Juliet, and As You Like It). Commedia dell’arte certainly appears to be (hypothetically, contextually, historically) something that Thomas Dekker and Thomas Middleton had on their minds when writing this play, and thus, our carnival motley crew plays with the early modern themes in the 21st century. When you see Punch and Judy, when you see The Nanny, when you see Friends, Boy Meets World, you are consuming media that is inspired by, or follows the troupes and stock characterization of commedia dell’arte. Slapstick, Charlie Chaplin, all of these inspired by Commedia dell’arte. SSo next time you watch a sit-com, keep an eye out for stock characters, and the possible commedia influence.