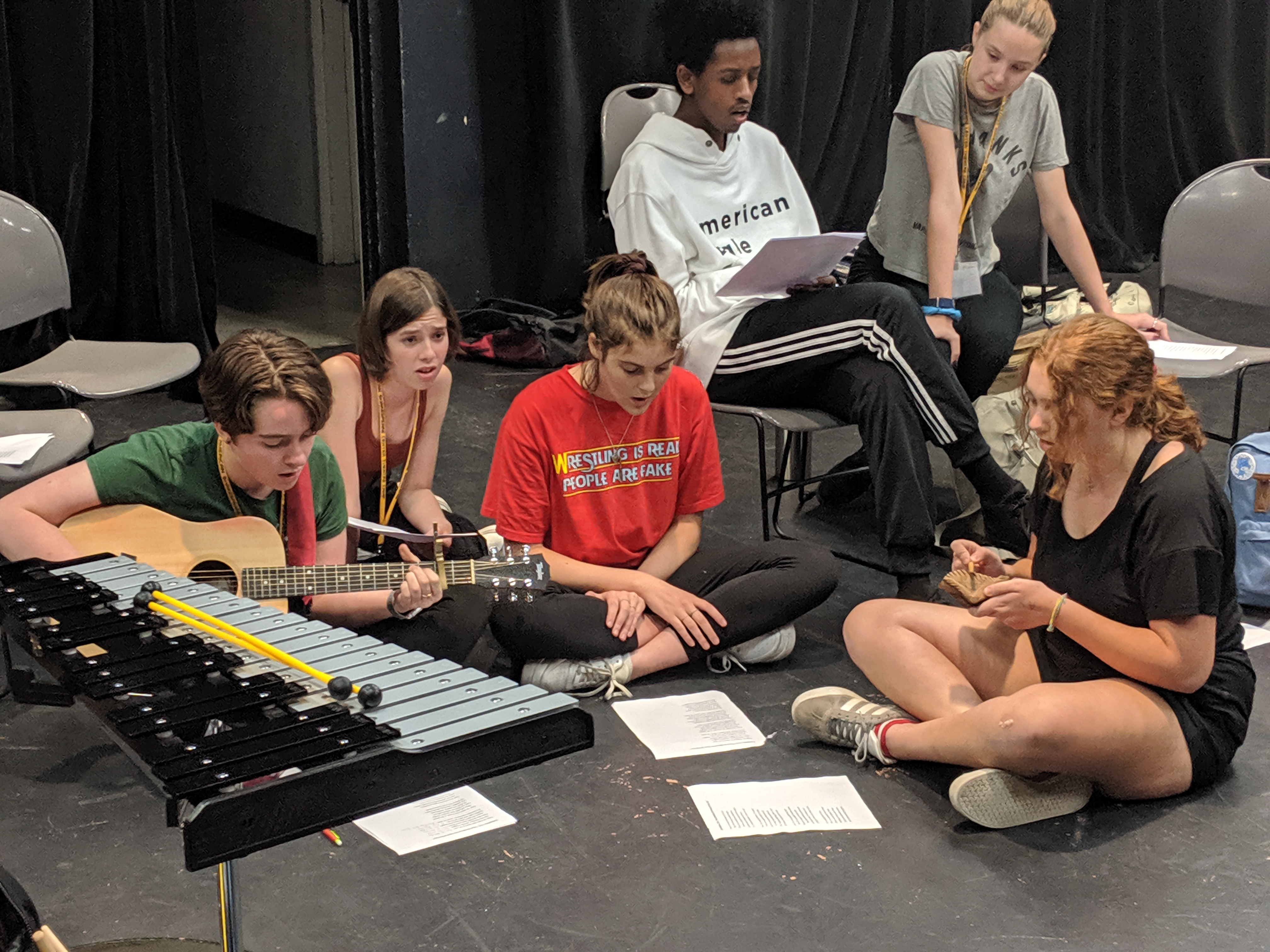 No matter what we work on here at ASCTC, we are always occupied in storytelling. When you’re acting, in my mind at least, you are there to execute story first and foremost. When you’re acting you are a storyteller. What had occurred to me the other day, when the students had their music and stage combat workshops, is that this storyteller mentality serves them in many different ways in the theater.

We started off with a music workshop led by the ASC’s touring troupe’s musical director Andrew Tung. We had a lot of musical instruments to play with, but what struck me was that we didn’t just jump in and start playing them. The first thing we did is looked at text. The students were given several musical moments from Shakespeare to look at. By scouring the text with a fine-tooth comb, they found hints that Shakespeare gives you about what musical choices you have to make to tell the story.

I find this SO EXCITING. The idea that making these musical choices isn’t just throwing things at the wall and seeing what sticks. It’s textual analysis. It’s being able to ask “What story do I have to tell with our music here?” We ended by having students break off into groups and make songs based on their reading of the text. It was fascinating to watch how these students read these texts differently and then made informed musical choices based on their readings. 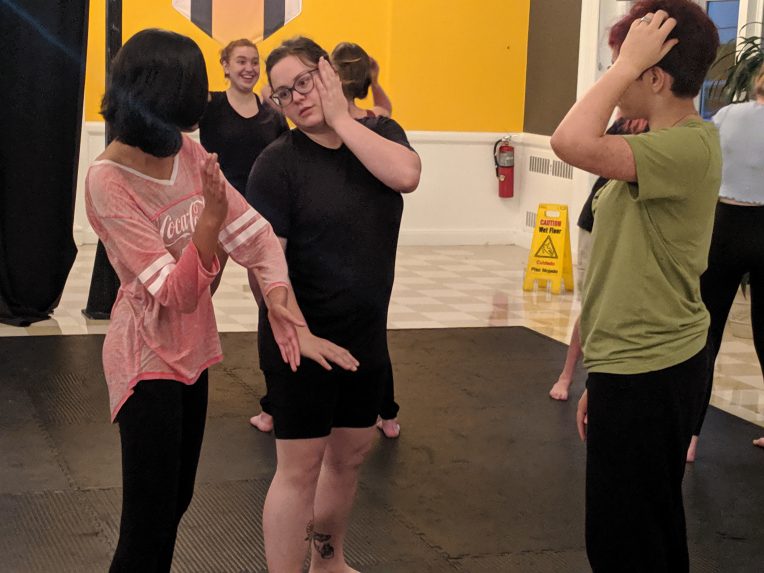 We then went off to a stage combat workshop led by Amalia Oswald and Lia Wallace. Similar to the music workshop, they did not just jump into “how do we pretend to fight”. Instead, one of the first things the students were told was that their job in combat is to tell a story. Stage combat is not a random act, it is a means to further and deepen your storytelling. If Mercutio doesn’t fight Tybalt, the play literally cannot move forward.

I then got to see these students work with combat (slapping, punching, and the ever so fun neck-breaking) but they had to do it within a little mini-scene. They contextualize the violence with storytelling, even if it’s as simple as a person bumping into someone, and then getting punched. There is a chain of cause and effect that led to and informed the violence.

My personal hope is that our students leave this camp not just better actors, but better storytellers. And after these workshops, I think they are well on their way to being just that.