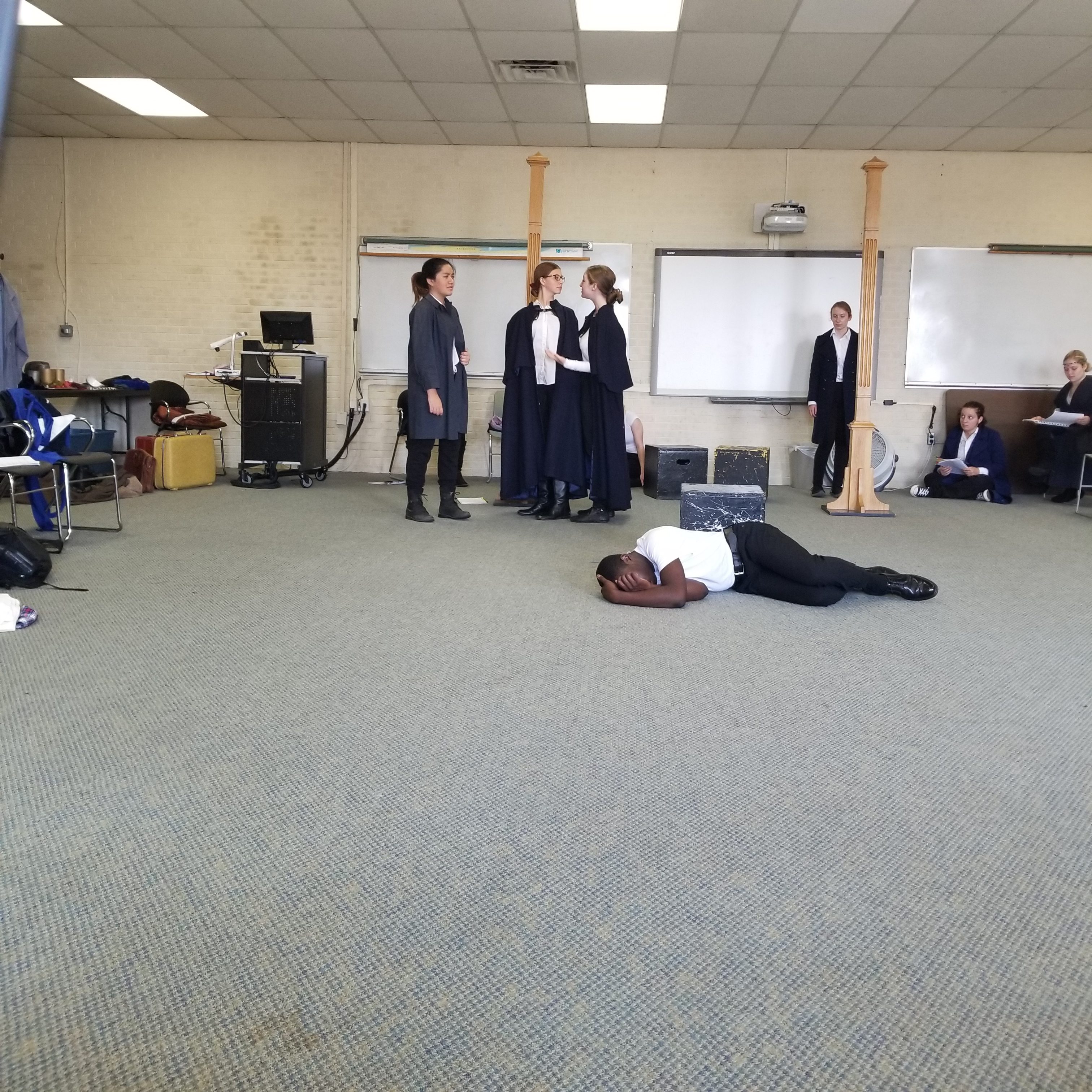 Photo of the Day: Sakura, Holland, Bella and Max on stage just before Clarence’s murder.

We did our first run! We started by finishing up a few little pieces of blocking and then we got to our first stumble through, song and all. The campers did amazingly they are almost completely off book and were absolutely on their cues. I am insanely impressed with how much the campers have done especially with all the things we have thrown at them in the last two weeks. This show is going to be a knockout. The campers are good on their lines, the music sounds great, the movement is coming along quickly, and we have a whole week left to polish up what’s left! I’m excited!

Let me sit heavy in thy soul tomorrow.

Poor Clarence by thy guile betrayed to death:

Tomorrow in the battle think on me,

And fall thy edgeless Sword, despair and dye

After 6 weeks of camp I’m definitely tired, but I’m still having a blast. Mainly because of Richard. I absolutely adore this show. As the grandfather in the princes bride says its got everything “Fencing, fighting, torture, revenge, giants, monsters, chases, escapes, true love, miracles.” Except in our show its more like political intrigue, Regicide, plotting, cunning, and comedy. Richard himself is such and interesting character because he is DECIDEDLY evil and yet, we still love him. We get to feel like we are right there with him conspiring with him to seize the crown. Which is probably why we feel so taken aback when he betrays our fellow conspirator Buckingham. That is what I love so much about this show. You feel like you are a part of it.