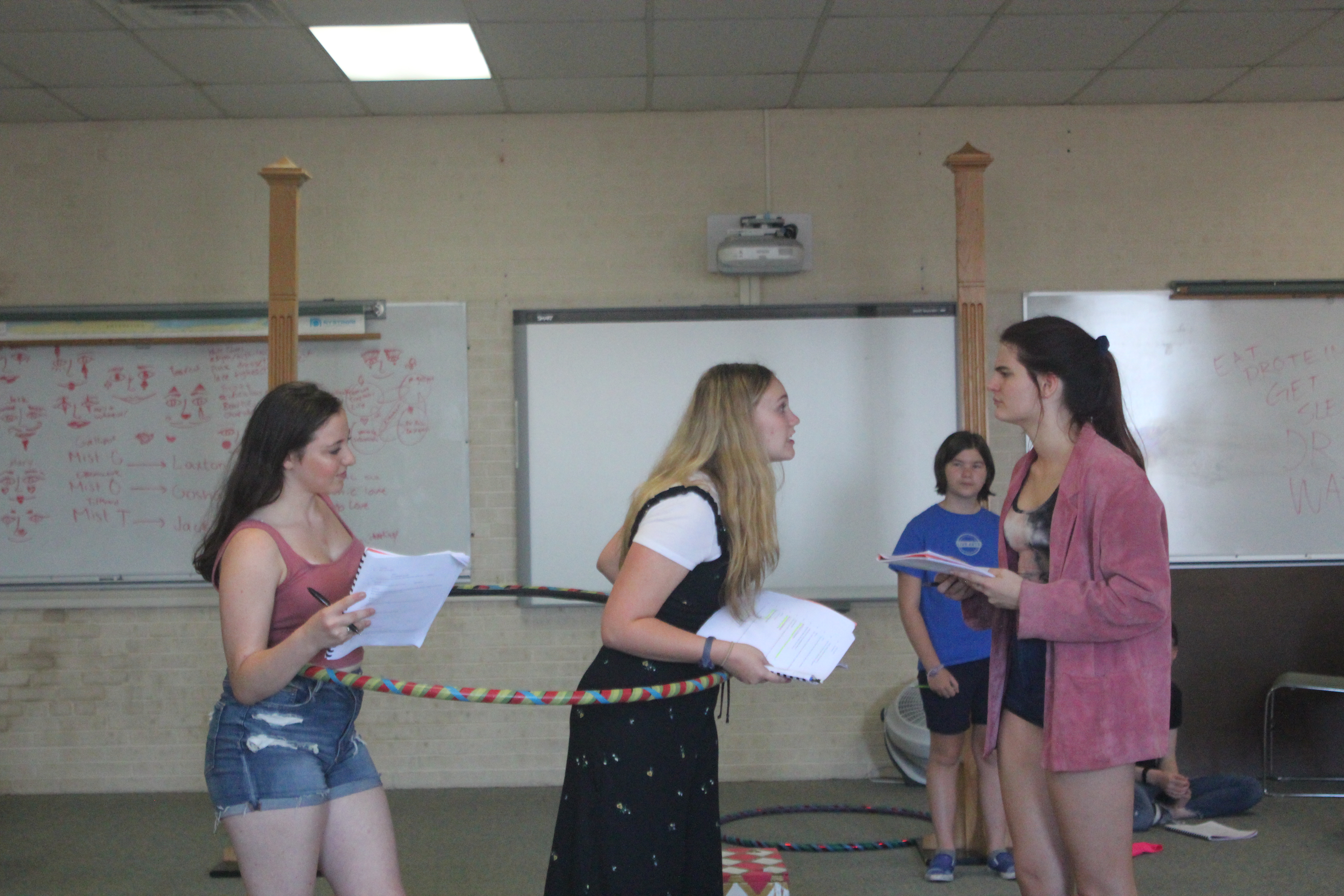 What we did: Music music music! After RDA Molly led our focus in (a moment of group mindfulness to bring us into the room and out of the hustle and bustle of the world outside of rehearsal) Stephanie Ann began blocking the carriage scene, which allowed the interns (Joe and I) to choreograph Laxton and Moll’s fight scene. While we worked out the details, RDA Molly taught the kids the show song and some very special choreo to accompany the song in order to pull together the whole vision of the play in a concise and clean way. The song is on old favorite to a bit of a different tune, which really adds some fun, jaunty energy to the end of our show.

-Stephanie Ann has perfected the sound of older Gentlemen entering the stage.

“Lily and the ‘parenthetical voice’”

Music is a powerful medium. Its unifying, it’s comforting, and the true power of music is infinite and actually all quiet psychological. “Another important psychological benefit of music lies in its ability to boost performance. While people have a preferred step frequency when walking and running, scientists have discovered that the addition of a strong, rhythmic beat, such as fast-paced musical track, could inspire people to pick up the pace” (Kendra Cherry at verywellminds.com). And that’s what we’ve got folks, a high energy, high tempo sea shanty jig, and a very high energy show that requires endurance from the actors. Physical theater requires incredible stamina, but it is truly worth the resulting comedy and joy.