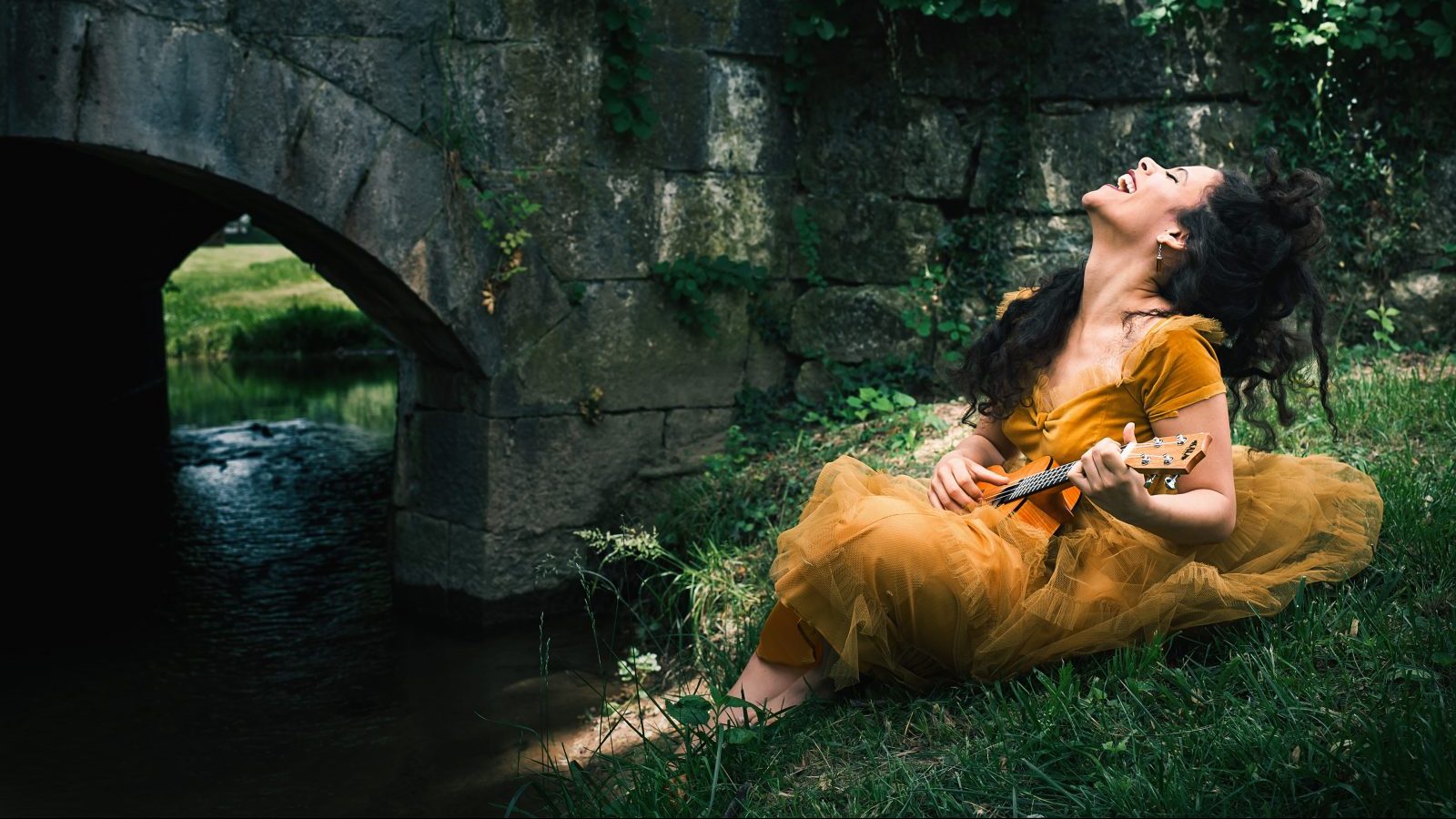 STAUNTON, VA – New this year, audiences will have the opportunity to see the American Shakespeare Center’s National Tour at home in Staunton during the Summer Festival Season when the troupe performs Midsummer 90 – a shortened version of A Midsummer Night’s Dream – at the Blackfriars Playhouse on select dates beginning July 13.

With Midsummer 90, ASC takes audiences on a journey to a swamp-y forest full of masked hobgoblins, mischievous nymphs, and imps who sing the blues. Chaos ensues when the lords, ladies, and “rude mechanicals” of the human world find themselves lost in this fairy forest. ASC’s shortened version of Shakespeare’s original script features the same forbidden love, fantasy, and foolishness, but in a neat hour-and-a-half package.

Theatre-goers young, old, and in-between will enjoy this enduring play in its new format.

ASC invites audiences to enjoy A Midsummer Night’s Dream at a length that is perfect for newcomers and those still working through what ASC co-founder and Director of Mission Ralph Cohen has coined  ‘Shakesfear’.  Performances will begin at 7pm on Wednesday nights and 10:30am on Saturday mornings to accommodate younger audiences and their families (per ASC tradition, live music performed by the ensemble still begins 15 minutes before the show).

“Summer 2019, my first at ASC, is one of innovation and renovation.  Among our new experiments is a response to fans at home and on the road who have asked for programming that is easy for families and children under the age of 10 to attend. Plus, we wanted to offer something for those who aren’t yet sure if they want more than a ‘taste’ of the lights-on Shakespeare experience,” says artistic director Ethan McSweeny.

Directed by Nathan Winkelstein (Red Bull Theatre, The Secret Theater), this production features ASC National Tour veterans Topher Embrey as Bottom, Andrew Tung as Lysander, and Maddie Calais as Puck. Many new ensemble members have joined as well, from Andrea Bellamore (Titania) and Sara Linares (Hermia) to Adam Zarowski (Oberon) and Michael Morét (Demetrius). This ensemble of eleven performers and two stage managers has been hard at work rehearsing Midsummer 90, as well as the full-length A Midsummer Night’s Dream, Imogen (aka Cymbeline), and Grapes of Wrath. All of these shows will head out on tour this fall.

Since 1988, ASC’s National Tour has delivered seriously fun Shakespeare to audiences at performing arts centers, universities, and select high schools throughout the U.S., performing for more than 20,000 people annually. In past years, the National Tour has previewed productions at the Blackfriars Playhouse in September, hit the road from Maine to Texas in the fall, and returned to the Blackfriars for the Holiday Season before taking to the highway again in January. But this year, the National Tour joins the summer productions at ASC with this special presentation.

“Touring is in the DNA of ASC  – stemming from our origin as the Shenandoah Shakespeare Express. 2019-20 features an incredible ensemble of emerging artists fresh from the nation’s preeminent training programs who are poised to impact audiences all over the country,” said McSweeny, “We are fortunate to be able to share them with Staunton audiences now!”

Midsummer 90 will perform alongside the ASC Summer Festival Season productions of Julius Caesar, Antony and Cleopatra, and, beginning August 8th, Caesar and Cleopatra. The two different casts combine to produce four different plays in an immersive crash-course for those unfamiliar with ASC, and a continuation of beloved traditions for those returning season after season.

Midsummer 90 is available on select Wednesday nights and Saturday mornings beginning July 13. A special sensory-friendly production will be held on Saturday, August 10 at 10:30am. Julius Caesar and Antony and Cleopatra are playing now.  Tickets for all 2019 shows are on sale now. For dates and tickets, please visit www.americanshakespearecenter.com or call the Box Office at 1-877-MUCH-ADO.