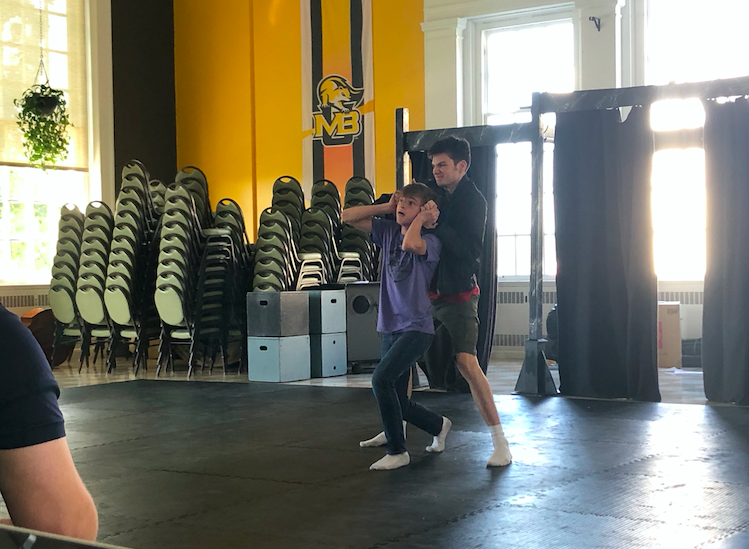 We began and ended this morning’s rehearsal with music. After that we started on “movement call” which includes all fights, odd movements and moments that need to be watched and worked closely. Then, we jumped into working and fixing scenes in Acts IV and V.

“Nay then you lie: it is the blessed sun.”

“Then God be blest, it is the blessed sun”

“I know it seems counterintuitive, but wait a beat between the slap and the knap for comedic effect.”

“Remember who your wife is and stay with her.”

“This is why I don’t let people marry my daughters without my consent.”

In Romeo and Juliet, Juliet is the sun and Romeo is the moon. For Katherina and Petruchio, the sun and moon mean completely different things. In Act IV, Scene V, the tables begin to even out in their relationship as they speak about the moon and the sun. As the couple leaves Petruchio’s house in the country, he tries to continue his taming games by saying that it is nighttime and the moon is in the sky. Katherina begins by countering and saying it is the sun, but soon begins to play along. This moment in the text allows for several options. Katherina can be so exhausted and broken down that she gives in or this can be the moment when she begins to play along. We have made the latter choice. Katherina begins playing along and the playing fields begin to level as we finally see Petruchio and Katherina begin to fall in love.