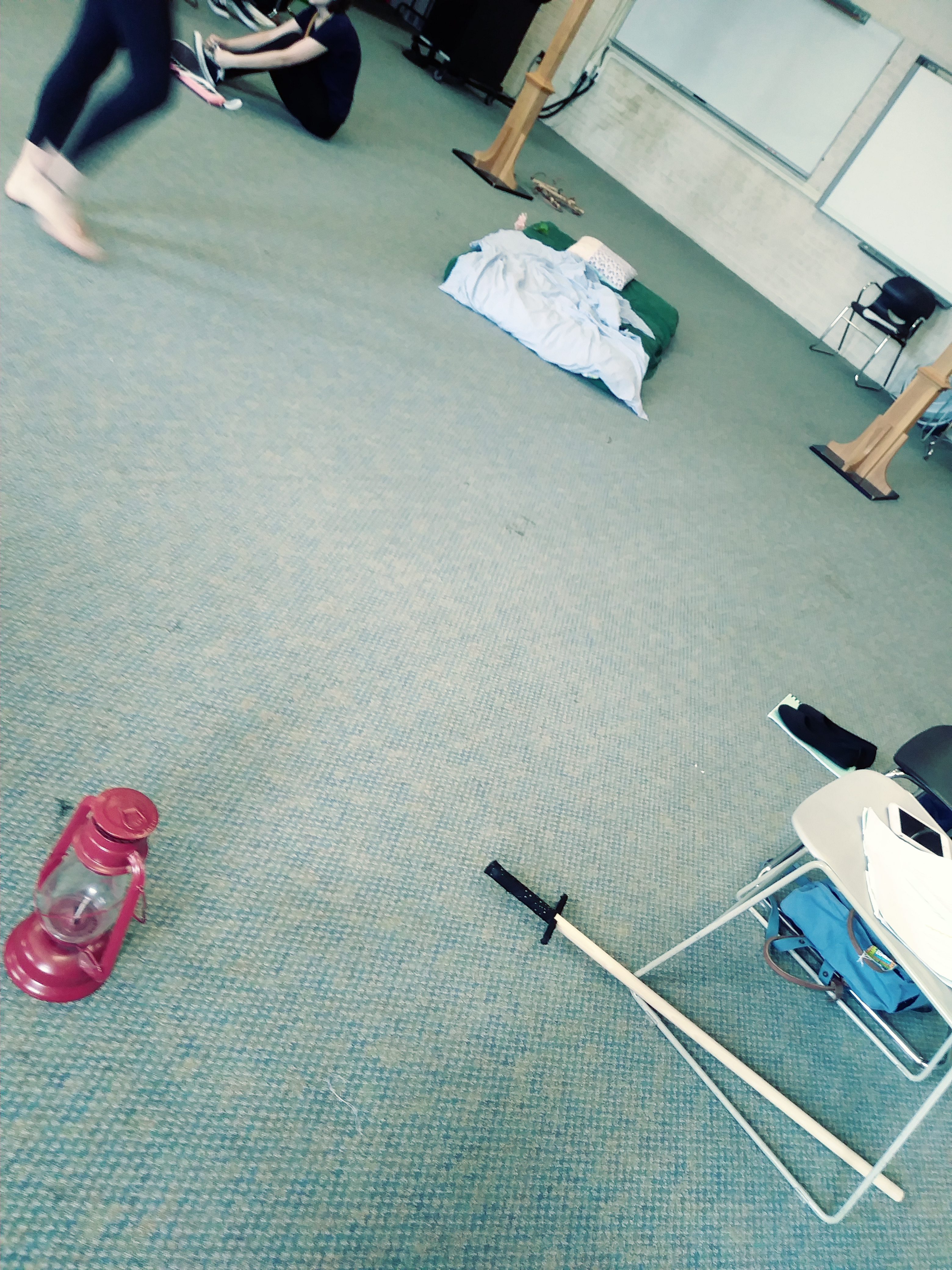 Today we began with notes from yesterday’s partial blackfriars run. Next, we ran the scenes which needed the most work before going into a music call. After running both preshows, we then reran the final tableau. Finally, we ran a fight call and a full run of the show.

“Supper is done, and we shall come too late.” Benvolio, act I.

“We’re Romeo and Juliet! I feel like we should hold hands when we’re bowing.”

Below, you’ll find the dramaturgy note which will be published in the program of Sunday’s performance festival for Romeo and Juliet.

Romeo and Juliet is the play audiences think of when they think of Shakespeare. Our cast had a particularly difficult task at hand with that in mind; our job here was not just to present a story, but a story which is already known and loved by our audiences in a way which is both faithful and grounded while still being original and creative. When I began my dramaturgy for this play, I sought to answer several questions: What makes Romeo and Juliet unique? What led to Romeo and Juliet’s creation? Why Romeo and Juliet today? Why does Romeo and Juliet still resonate with today’s audiences? The purpose of my research was not to answer each question for myself, but to put the actors in a position where they could answer the questions for themselves. Above all, I entered the process with a hope of facilitating in our actors a pure love for this text, which, thanks to popularity, is often ripe for parody. Our actors are some of the most wonderful and hardworking campers I’ve ever seen, and I look forward to you seeing what they have in store for you.

A brief update on the state of the production: going into tomorrow’s day off, our show is nearing completion. Each rehearsal we spend with these wonderful campers is a joy, and I will most certainly miss them when our run is at an end.