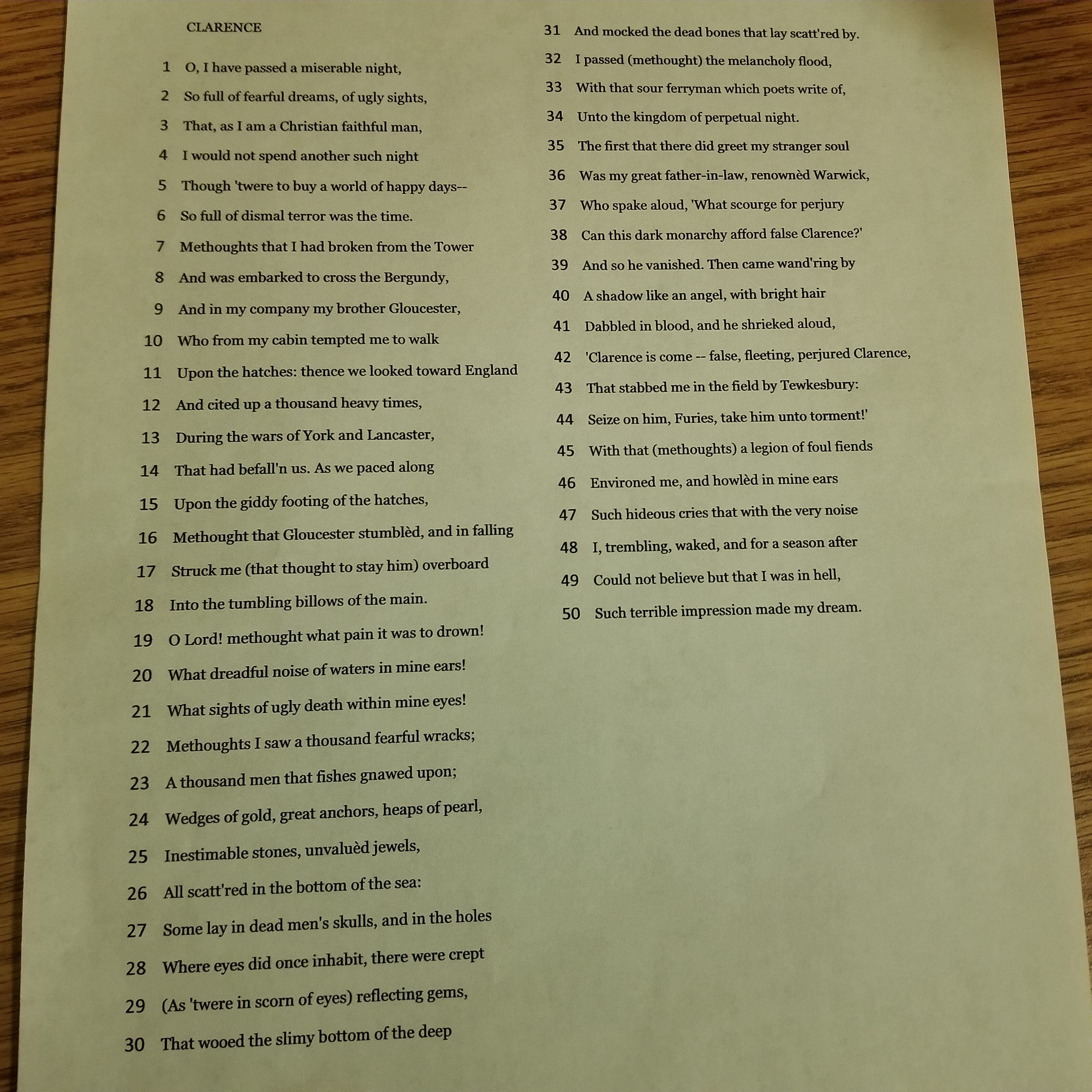 Photo of the Day: The uncut version of Clarence’s dream speech

Today we worked on blocking the scene in which Richard asks Elizabeth for her daughter’s hand in marriage. At the top of that scene the Duchess and Elizabeth come in mourning the death of the princes, so Lauren worked with them to teach them a technique for crying on stage, and Max and Eris picked it up really fast. For the last hour we moved on to music. Lauren worked with the singers while I started to teach the musicians their parts. We got through learning what our parts are, but we have yet to put everything together.

I had an Edward, till a Richard kill’d him:

I had a Husband, till a Richard kill’d him:

Thou had’st an Edward, till a Richard kill’d him:

Thou had’st a Richard, till a Richard kill’d him.

Today was the day of our dramaturgy presentations. Each dramaturg in turn made an hour long presentation on what we had learned in our research about the plays we were working on. At the end of my presentation, I had the campers get into groups and cut Clarence’s 50 line speech down to 30 lines and debate about whose cuts were the best. From that I learned a lot about what considerations should be taken into account when you’re cutting a speech, especially one from Shakespeare. First off, you don’t want to go into it holding anything too dear; second, you want to make sure the story being told remains intact after your cuts. Some of the “low hanging fruit” that you can get rid of pretty quick are things like flowery language that isn’t making a point and lines that repeat something that has already been said. I would say that I learned a lot today, and in my own presentation, at that.