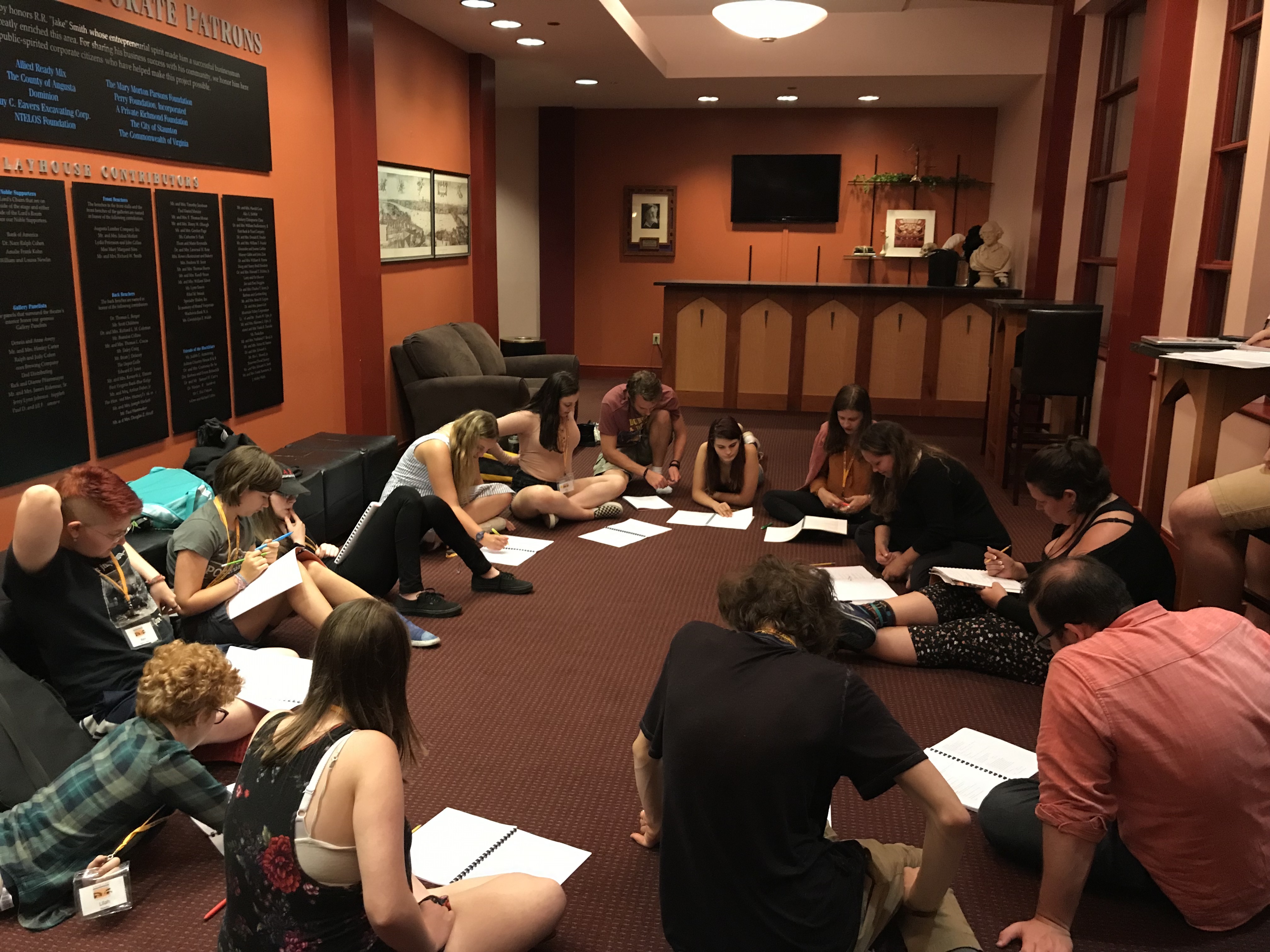 We started today with learning the aesthetic and themes of the play. In a world with gaudy classicism, surreal comedy, and subversion of gender what else could be done other than carnival steampunk with flashes of hot pink and gold? I certainly can’t see it any other way, especially as Stephanie Ann (our fearless leader) has so flawlessly and energetically painted a world that is as messy and colorful as any Jacobean play can be. We did our first full read through, quickly jumping on character work and discussing all the robust themes. From handling adultery, gender (and subversion), families, and reputation to its brechtian, spectacular, and overtly goofy delivery: this play is one of oxymorons. Then again, let’s talk about why dark themes are accompanied by comedy (see: Macbeth’s Porter, Measure for Measure’s Pompey, Elbow and Froth, and of course Hamlet’s gravediggers). The Roaring Girl in no way qualifies as a tragedy (I see you, Titus Andronicus) but it does deal with isolation, as well as the suffering and angst that comes with being a young adult (or adult adult), which can be super not funny when it feels like the world is laughing at you. With The Roaring Girl, all the brash and side splitting laughter comes from some dirty jokes, but it is also, in my belief, comes from such common shared experience between audience and actor. Many of us have felt left out at least once in our lives, alone even in large crowds and for whatever reason, it often feels incredibly personal. Comedy is very vulnerable, and as I spoke to RDA Amalia today, comedy is bravery. This story itself is one of vulnerability, putting aside the strict binaries and expectations of society, the expectations we push onto others, and navigating a world that, much like today, is not forgiving to those that don’t fit into tight, walled boxes. But this rehearsal space is a farce of early modern society that reflects 2019 with striking honesty. It is stunning to watch these 11 young actors jumping into their multiple characters (check out the cast list below) with bold vocal choices, bold ideas, and sheer bravery.

For wonders, that each scene should be a book”

This play is already one that will make the audience look, listen, and question. Check out what we did today to read more about what this thematically complex, early modern masterpiece has to offer. `

“I want to hear your favorite circus imagery…GO!”

And we are off to the races with show aesthetic as Director Stephanie Ann brings a whimsical steam/ren punk circus to our very enthusiastic Roaring Cast!