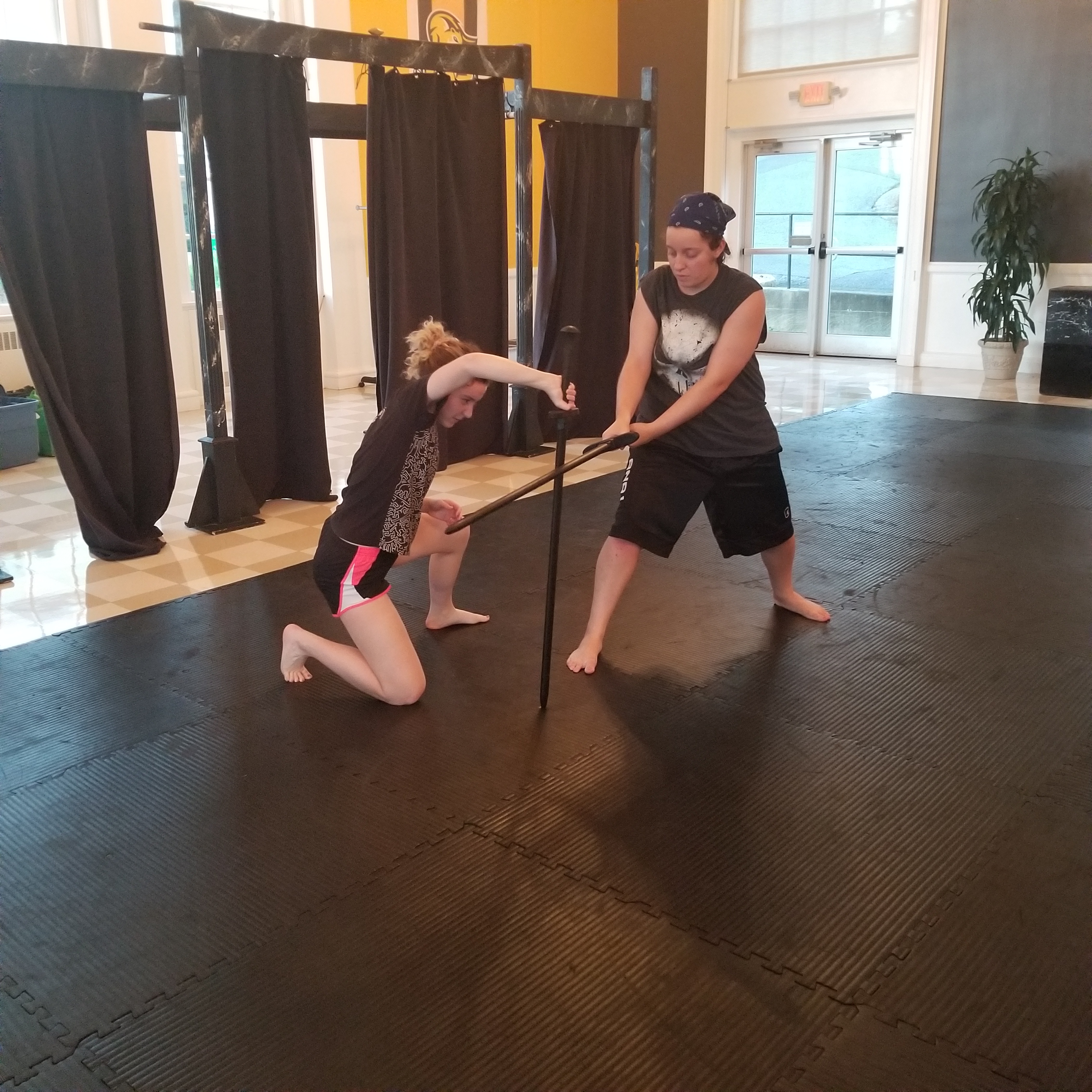 Photo of the Day: Leah and Mimi Practicing the final battle between Richard and Richmond

This morning was another day of blocking and fight. We started out our day by finishing blocking Clarence’s murder. After that we moved on to blocking act 1 scene 2 in which Richard seduces Lady Anne. Once that was set we started teaching the choreography for Richard and Richmond’s fight. All of those things except for Clarence’s murder involved only Mimi and Leah so while we worked on those scenes The rest of the cast left the room and ran lines or did text work.

Nay do not pause: For I did kill King Henrie,

But ’twas thy Beauty that prouoked me.

But ’twas thy Heauenly face that set me on.

Today I was thinking again about the motif of dreams in the play again. I read an article on the dreams in Richard by Claude Fretz called “’Full of Ugly Sights, of Ghastly Dreams’: Dreams and Tragedy in Shakespeare’s Richard III.” I learned a lot from it but the main point, and what interested me, was that specifically in this play and in a lot of his writing Shakespeare doesn’t really use completely prophetic dreams. They tread the line between supernatural and psychological. What this does for the plot is great because it allows Shakespeare to foreshadow plot while also developing characters by showing what is on their minds and what’s worrying them most. For example Clarence doesn’t see in his dream that Richard has sent people to kill him but he does reveal that he is scared of Richard and that he doesn’t want to die. Doing this also removes the deus ex machina aspect of regular prophetic dreams when they are just dreams the things happening are real struggles between humans when they are prophetic and taken as such the Gods have had a hand in how things shake out and that cheapens things for an audience.