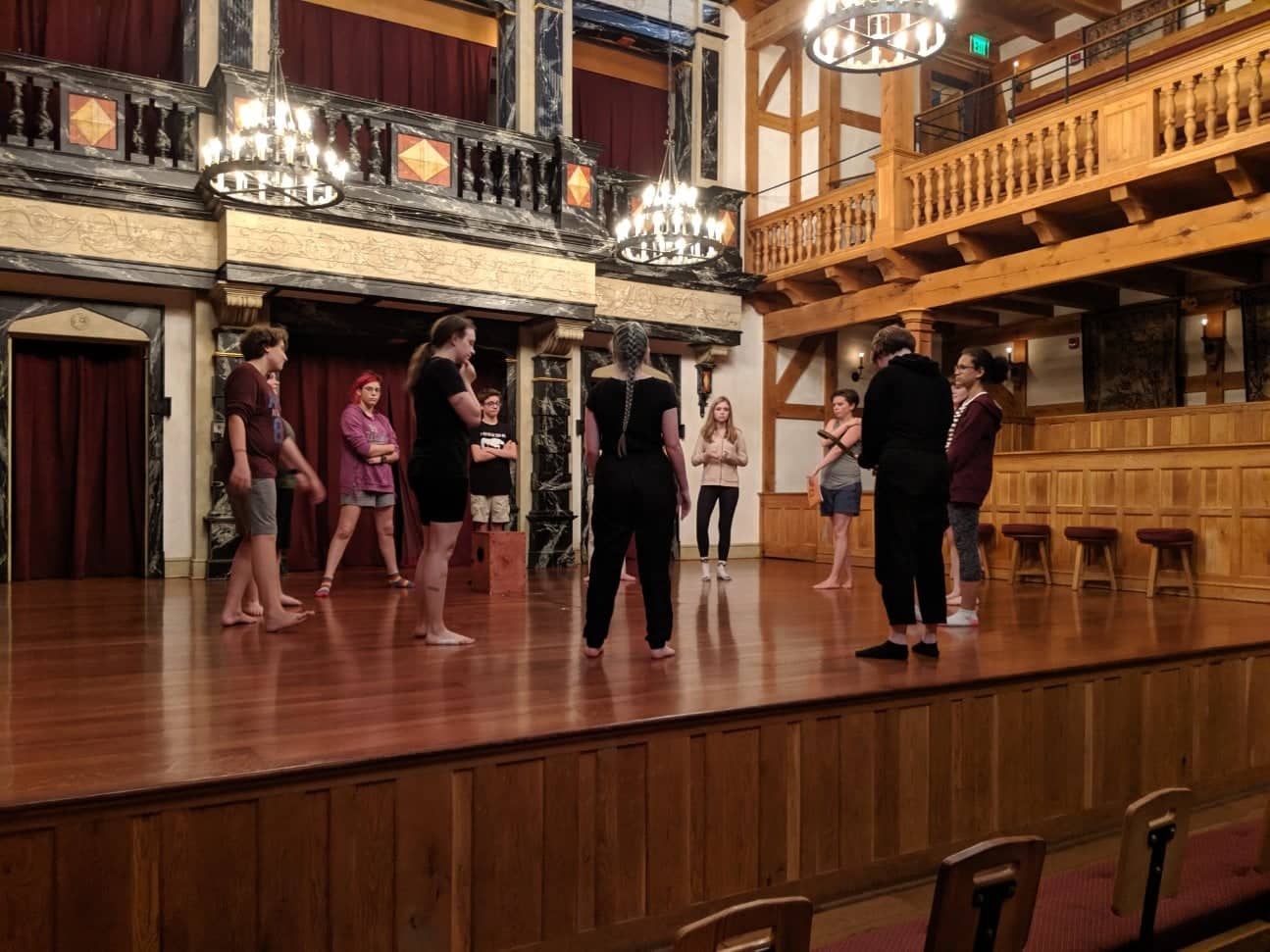 Today was another two-rehearsal day, first at Deming Hall from 9:45 to 12:45 and next at the Blackfriars from 7 to 8. Deming Hall is a bit of a hike from the center of campus—after our long trek, we checked in, warmed up, and continued scene work from 4.1. Between rehearsals the cast attended a series of assorted theatre workshops and dinner before reassembling at the Blackfriars. There, we finalized Gallathea‘s fight call, or the list of moments to practice before every run of the show. A fight call doesn’t just include fights but any really physical activity onstage, from Diana (Zofia) dragging Cupid (Esme) by the ear in 3.4 to the thunderstorm in 1.4. After fight call, we embarked upon our first stumble-through of the show (like a run-through, but, you know, stumbling instead of running) and made it halfway through, which is great for only an hour of rehearsal!

—This is funnier without context.

“People don’t just spontaneously get limps when they grow up.”

Andrew W: “There’s not a storm in As You Like It.”

Besides this blog, I’m currently in the process of writing a dramaturgy note for Gallathea‘s playbill and attempting to scrounge up some profound insight about the play, John Lyly, or their relevance today. Honestly, I’ve yet to find any—still waiting on that glorious bolt of inspiration—but in my brainstorming I keep returning to the families in Gallathea. The play features parents and children both mortal and divine: human fathers and daughters, like Tityrus, Gallathea, Melibeus and Phillida, but also families of gods, like the mother-son relationship of Venus and Cupid. The play is first and foremost about the mishaps, pranks, and romantic antics of young people, but also about the adults who want the best for them. The entire plot is set into motion by two fathers trying their best to protect their daughters under terrible circumstances, and the godly parents aren’t really that different (or even in more control) than the mortal ones.