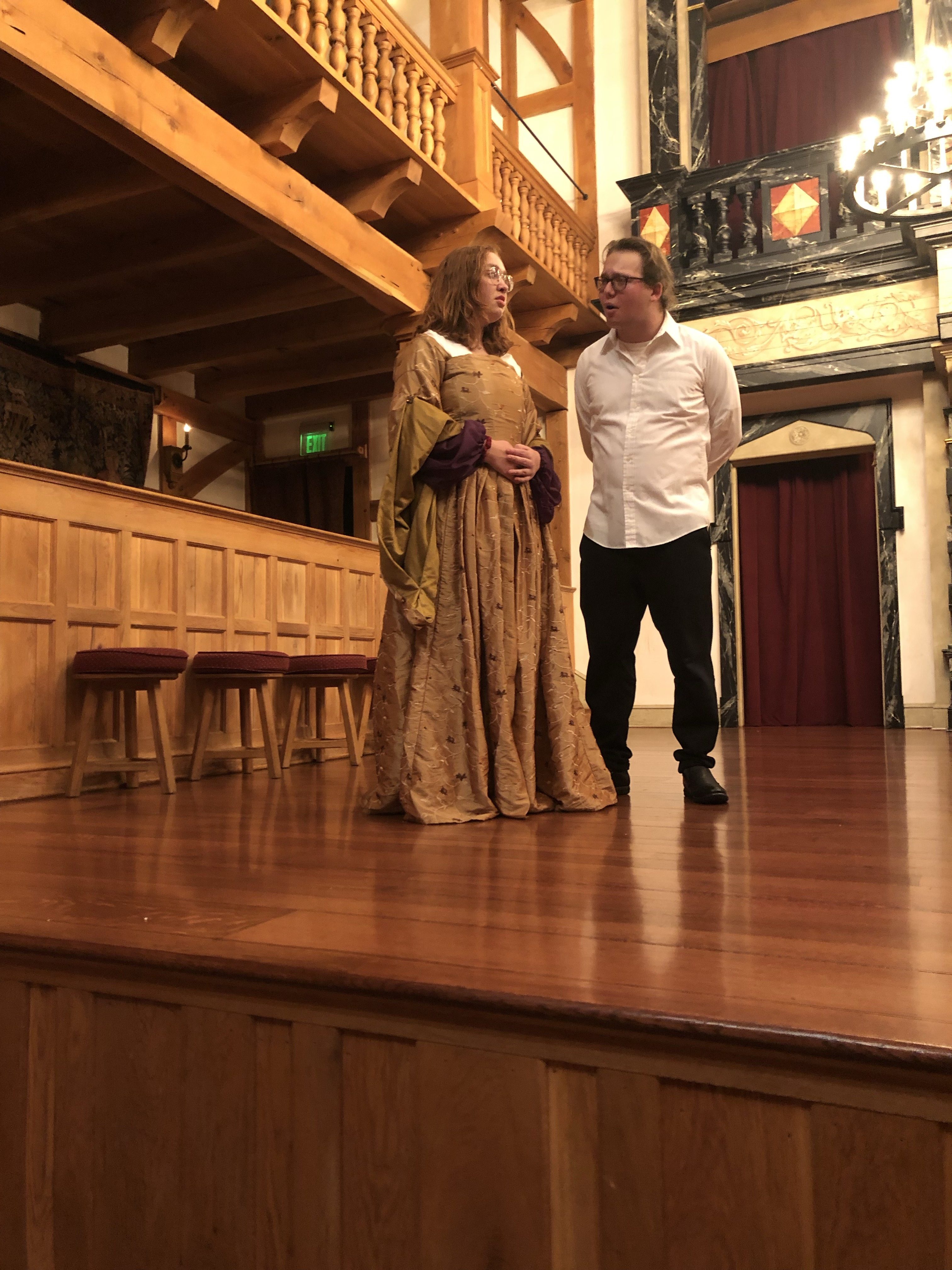 In the morning, we began with going over notes from the previous night’s Blackfriars run. Next, we reviewed our pre-show songs once again, both for our sneak peek preview and our actual show run. Afterwards, we worked act 3, scene 1, before going into a partial show run (until act 4, scene 2) with notes following.

At the Blackfriars tonight, we worked trouble spots in the space, including fights and Romeo’s descent after the nightingale scene. After, we completed a show run in the space, and received brief notes before ending for the night.

“There is no world without Verona walls,

“Give that ‘worm’s meat’ line straight to the audience. Even in death, you’re still a Mercutio.”

On successfully completing a quick change: “Yeah! We got it!”

With today’s rehearsal, we entered our third and final rehearsal space, the Grafton library. Casts switch between the three rehearsal spaces, Hunt Hall, the Deming Theatre, and the Grafton library. This rehearsal also marked the beginning of tech week, meaning our fearless production team is working non-stop to make sure our play becomes the best it can be. Our actors have their hands full with perfecting memorization, finalizing character work, and jelling to create an absolutely incredible Romeo and Juliet. As we come near the end of our process, each rehearsal brings new individual insights, new scene readings. Today, what struck me during our full run was a set of two lines, appearing in two disjointed scenes; the first is the nurse, stalling as she brings Juliet news of her marriage, asking: “where is your mother?” The second, Juliet, upon learning of Romeo’s banishment and Tybalt’s death, weeps, and finally, saying all she can, asks, “where is my father and my mother nurse?” It’s a beautiful moment of horrible contrast, where Juliet’s inner battle between adulthood and childhood is placed under revealing light. In the first scene, breathlessly joyful, Juliet cannot contain her joy; in the second, she cannot contain her grief.