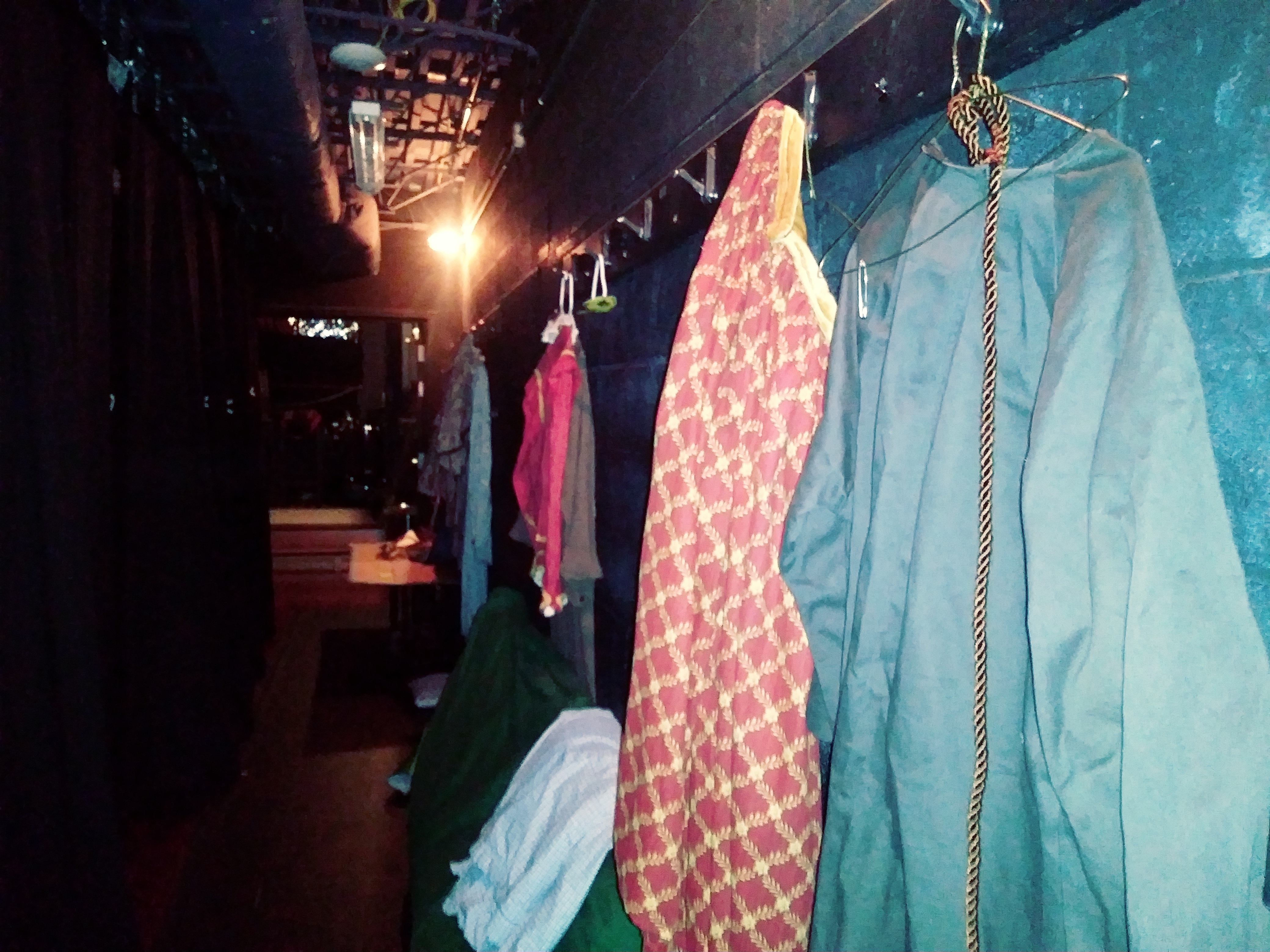 We went right in today some scene work in preperation for our full run. Actors who were not called received line notes and worked on becoming absolutely word-perfect. As always, a dance and fight call followed; we closed the day with another full run.

“Everyone has work left to do. But we are doing incredible work and getting further and further along every minute.”

Today we bid farewell to our final rehearsal space, the Grafton library. Tomorrow morning, our cast will rehearse in the blackfriars; after that, we are off, and ready for show day! Our play is first of the three to be performed, starting 10 AM on Sunday. Today, Margot and I fashioned the last of the props, performing minor alterations and fixes, picking flowers, buying grapes, and closing in our roles in the design and production team. It is bittersweet; we love our campers very much and wish we could have more time with them but we’re so excited for their upcoming shows and the joy, laughter, and heartbreak they’re going to bring with their performance. We prepare for our final blackfriars rehearsal tomorrow with a trip to the farmers’ market in the morning and a slightly earlier rehearsal at the blackfriars and can’t wait to keep going. As we savor the time we have left, we look forward to things to come.