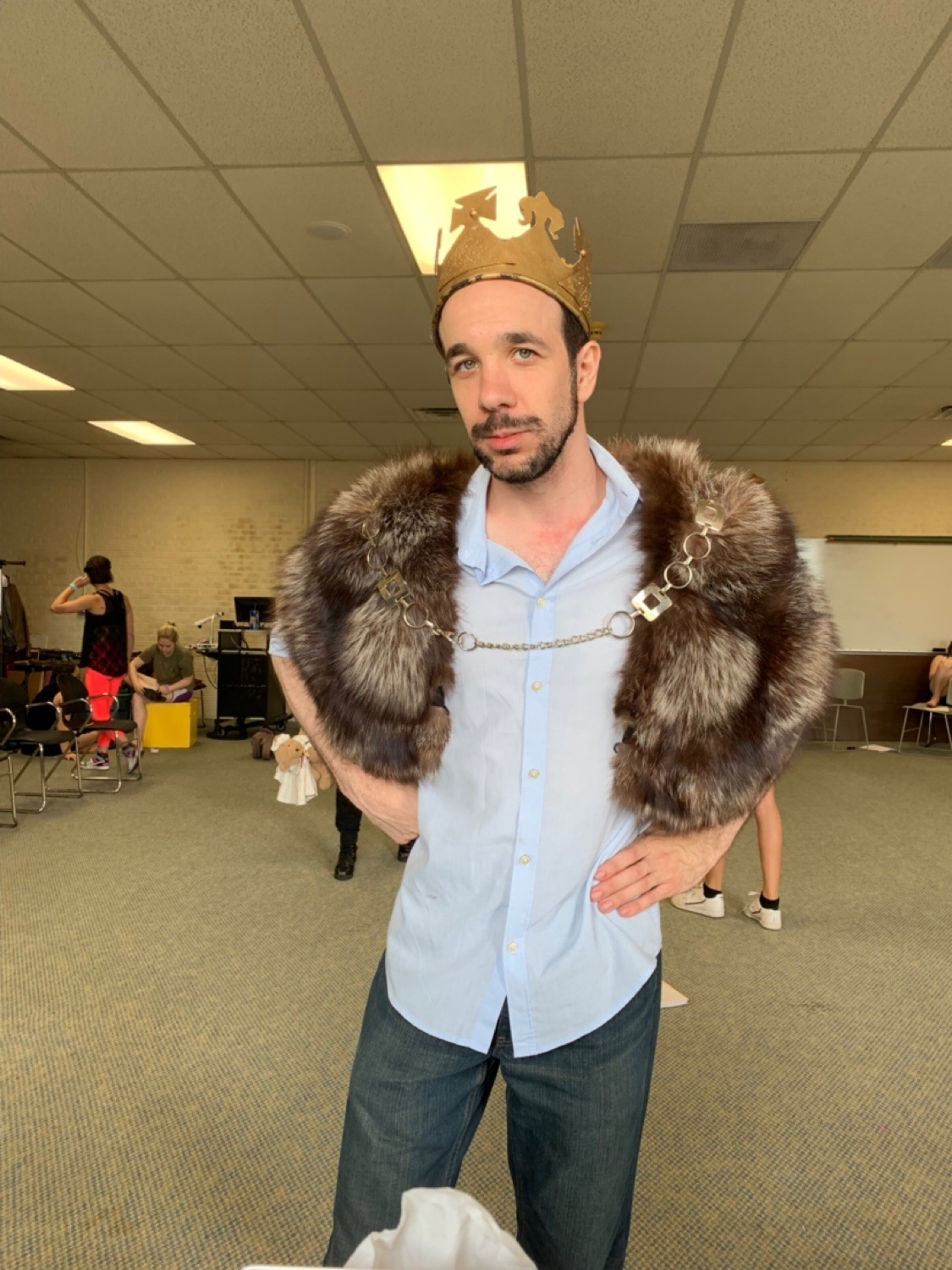 Photo of the Day: Matt in his “directing outfit.”

Today was our first location change: we are now in the beautiful Grafton Library. The first thing we did in this library was block the funeral of King Edward IV and the scene following. After that we met our comical pair of citizens, played by Bella and Stella, while blocking act 2 scene 3. We then moved from one comical to another when the princes come on stage. Sakura, who is playing the young Lord Richard of York, comes on stage teddy bear in hand and really doesn’t seem to be afraid of Richard, the new lord protector. That accounts for rehearsal this morning, but today we were lucky enough to have a second rehearsal in the afternoon on the Blackfriars stage! We started by practicing our fight choreography with the dazzling fights between Norfolk, Richmond, Radcliffe, and Blount (Played by Max, Mimi, Stella, and Eris respectively). Then we started blocking again! We moved quickly blocking through the next 3 scenes in our limited time.

Hear you the news abroad?

Yes, that the king is dead.

I truly adore working in the Blackfriars playhouse—the rehearsals we get in that space are always my favorite. Even without costumes or props, the performances always feel more real. I don’t know if it’s me being more familiar with this as a performance space, or if it’s the campers’ having more energy because the space is so cool, or if I’m just crazy and they are just having a good day, but they are always great! Everything moves so much quicker, be it blocking or text work. The energy is just higher when we are here. It results in a much more efficient rehearsal, which is so much fun. It can be a bit of a loud rehearsal because of how exciting it is, but the amount of work we get done makes up for that twofold. Having this in mind, what I’ve learned today is that when you keep high energy not just in performances but in rehearsals, too, you end up with not only a better performance but a more effective rehearsal.