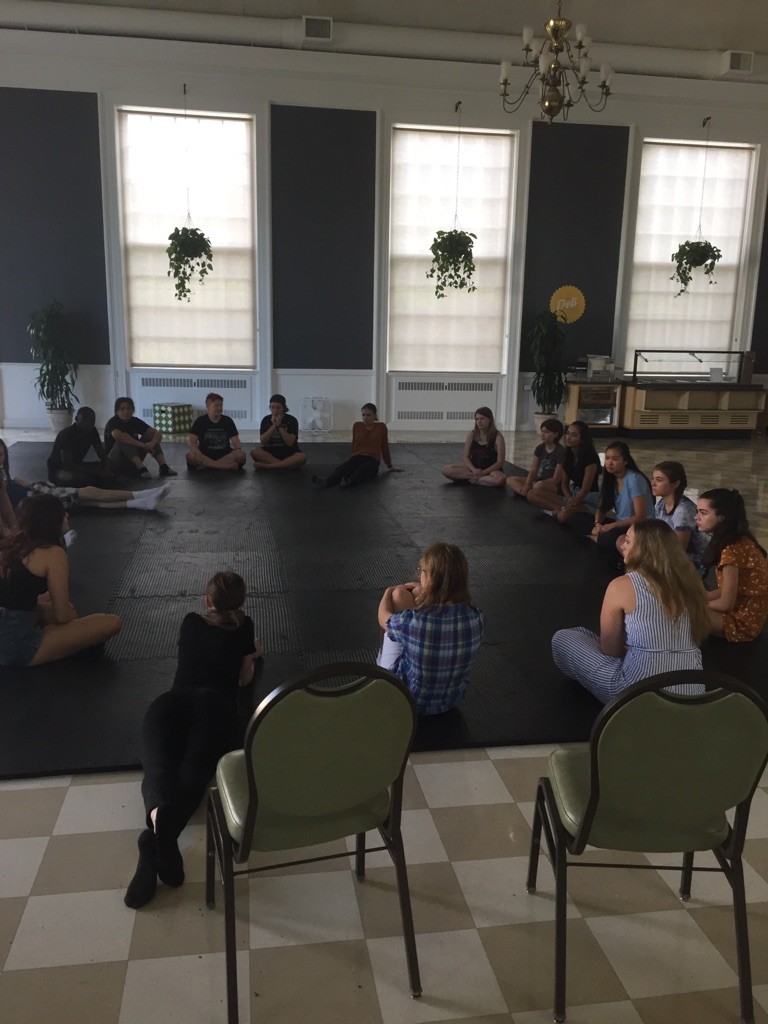 And it begins again! Session two has officially begun and I am THRILLED. In all honesty, it wasn’t real until the students arrived. I could feel myself falling into the “I know how to do this, it’s just like session one” trap. But then the students arrived. Suddenly I was hit with “My god, they are so different. They are so lovely in their own unique ways and it’s all going to be new and fresh and exciting all over again”.

I look forward to getting to know these students. From my first impressions, they seem like an eager and curious bunch. I want this blog to be a place that reflects the energy of these students and channels it into insight. While this is a place where we teach the students, I also happen to learn a lot about theater through them.

Sharing that lovely vicarious learning experience with y’all is a big part of what we do on this blog. Oh but there is so much more! For those of you who are just joining us on the blog, I want to take some time to talk about what we do here. Over the course of the summer this blog will be dedicated to highlighting, archiving, contextualizing, and most importantly celebrating the everyday work that our students do here at camp. We will be posting about workshops, activities, and every production has a dramaturg that will be posting “Rehearsal Recaps” to keep you up to date on all the lovely discoveries that happen in our rehearsal rooms.

Speaking of rehearsals, we also use this blog to make announcements. Today, we would like to announce the cast list! Below is the casting for our three shows this session; Richard III, The Taming of the Shrew, and The Roaring Girl by Thomas Dekker and Thomas Middleton

BUT! In addition to these shows, there is also SHOWCASE CASTING! Showcase is a seperate show the students do that takes place on the second Saturday of camp. It is directed by our RDA’s and is free and open to the public. There will be another post further detailing Showcase in the future (because I LOVE talking about it) but for now I wanted to share the casting!