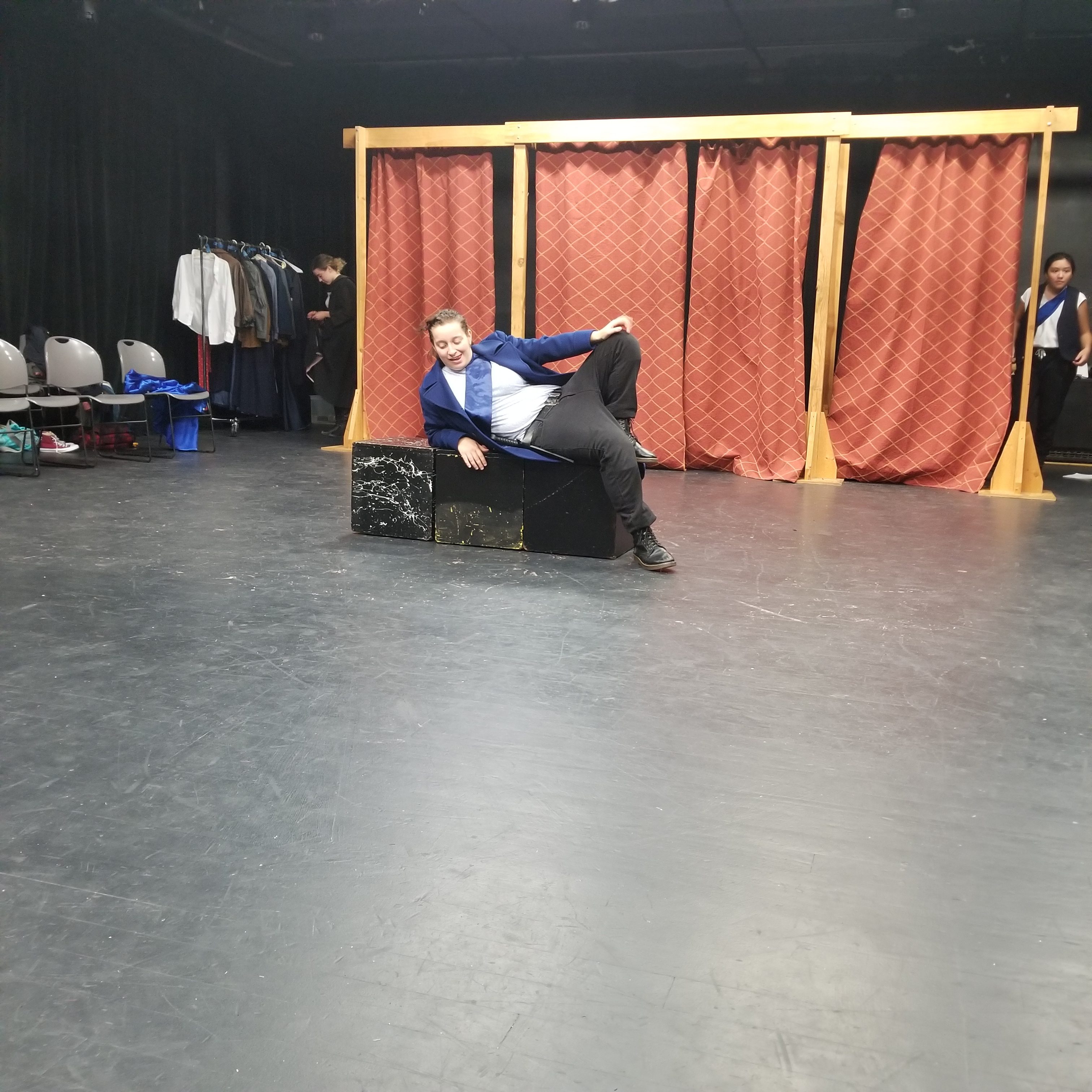 Photo of the Day: Leah as Richard lying on top of Edward IV’s coffin

In rehearsal today, we had another dress run, and once again the campers did better than ever. I am particularly impressed with how the campers all have dealt with having to play so many characters. The histories are usually meant to be performed with 14 actors at the fewest. Our cast is only 11. I believe there are only two people playing only one character. The rest are all playing two or more roles. In doing so, they all have to differentiate between each of the characters, which they do quite well. Eris, for example, plays both Queen Elizabeth and Richmond’s follower Blount: while both of them are powerful, Eris performs the movement of each of the characters differently. Eris plays Elizabeth as a strong grounded women and Blount as the soldier that he is.

I do not like the Tower, of any place.

Did Julius Cesar build that place, my lord?

Today I was thinking about the legitimacy of the throne in this play. I don’t quite know who I’d want ruling England in this play if I had the choice. Richard is clearly a tyrant, so as much as I love the character and the play, I don’t want him as my king. His brother Edward, who was king, isn’t bad, but he, too, did some tyrannical things to keep his power. The princes are far too young to rule a country. Richmond doesn’t have much of a claim to the throne because his claim is matrilineal and from another marriage. I might be a fan of Clarence being king: he’s not particularly ambitious for power and he’s pious, as we see before his death, but he isn’t the smartest, as we see in his quick manipulation by Richard. There are lots of people in line for the throne in this play, but I don’t know who I’d want on it.