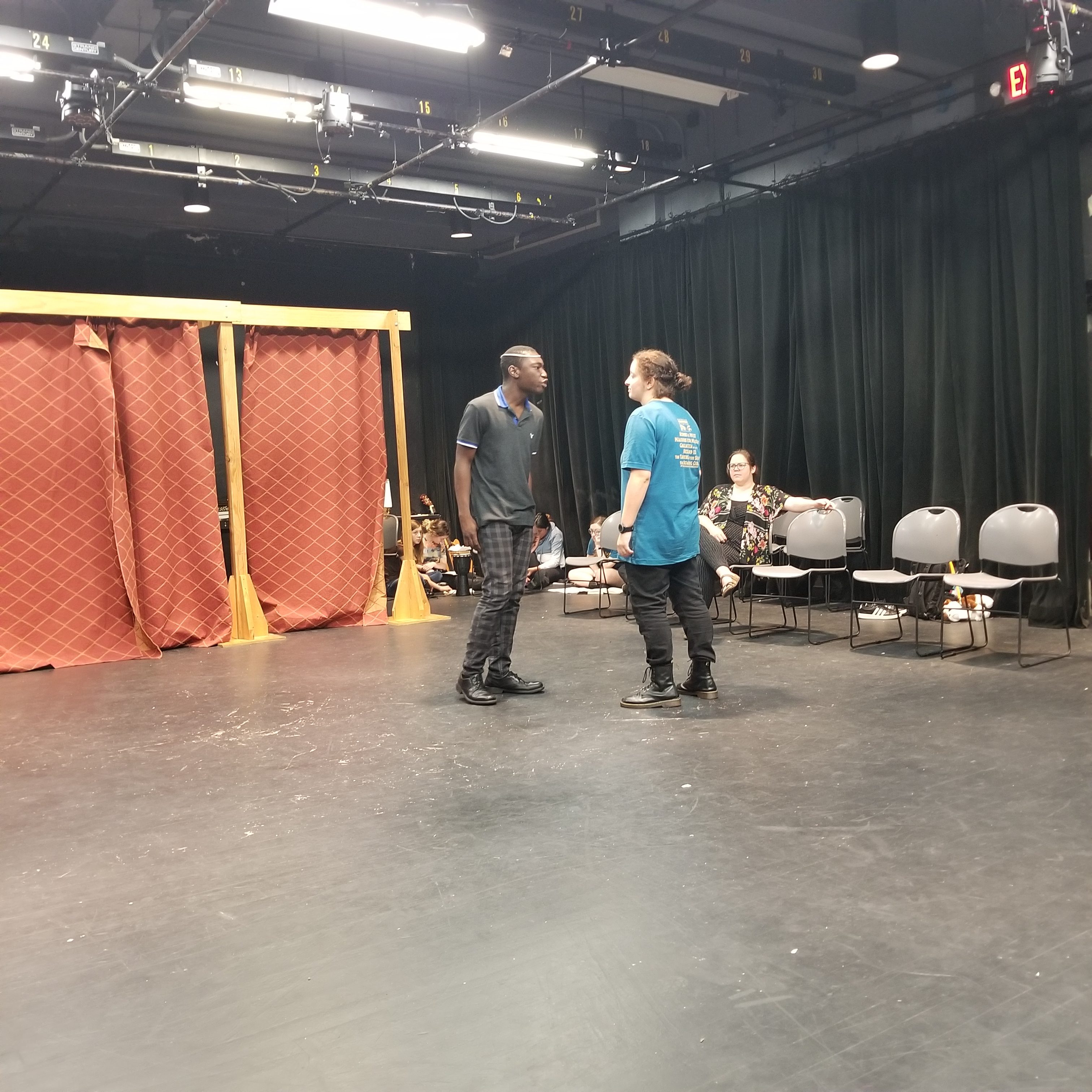 Photo of the Day: Max and Leah during Act 3 Scene 4

We started with a half hour of Viewpoints, so the kids could check in with themselves and take some time to think about their characters physicality a bit more. After that, we cleaned up a few scenes that were moving a bit too slow. To finish up, we did a full run with no costumes or weapons so we could focus on picking up our cues faster. In doing all that, we managed to cut a whole 10 minutes off our time and come in under our allotted hour.

So wise, so young, they say do never live long.

What say you, uncle?

Because we happened to run over time on our dress rehearsal today we spent a lot of time working out the dead air in the show. When we had run the show before there were lots of pauses with little acting moments in them, most of which I thought read really well. So when we did this run and the students were asked to take out every pause I wasn’t sure how well it would read from an audience’s point of view, yet to my surprise not only did it read it read better, it also skyrocketed the energy and intention in the scenes. The best example of this was the latter half of act 3 scene 4, the part where Richard, played by Leah, is asking Elizabeth, played by Eris, for her daughter’s hand in marriage. Compared to previous runs of the scene, it sped by but it was just as disgusting and creepy, and Elizabeth looked even more like she wanted to leave. When it was longer, it was plenty creepy, but you might have wondered why Elizabeth stuck around so long.  The speed makes it look like she’s trying to leave and that she just doesn’t have a chance to. This was the best example of the day, but cutting out pauses affects the whole play this way.