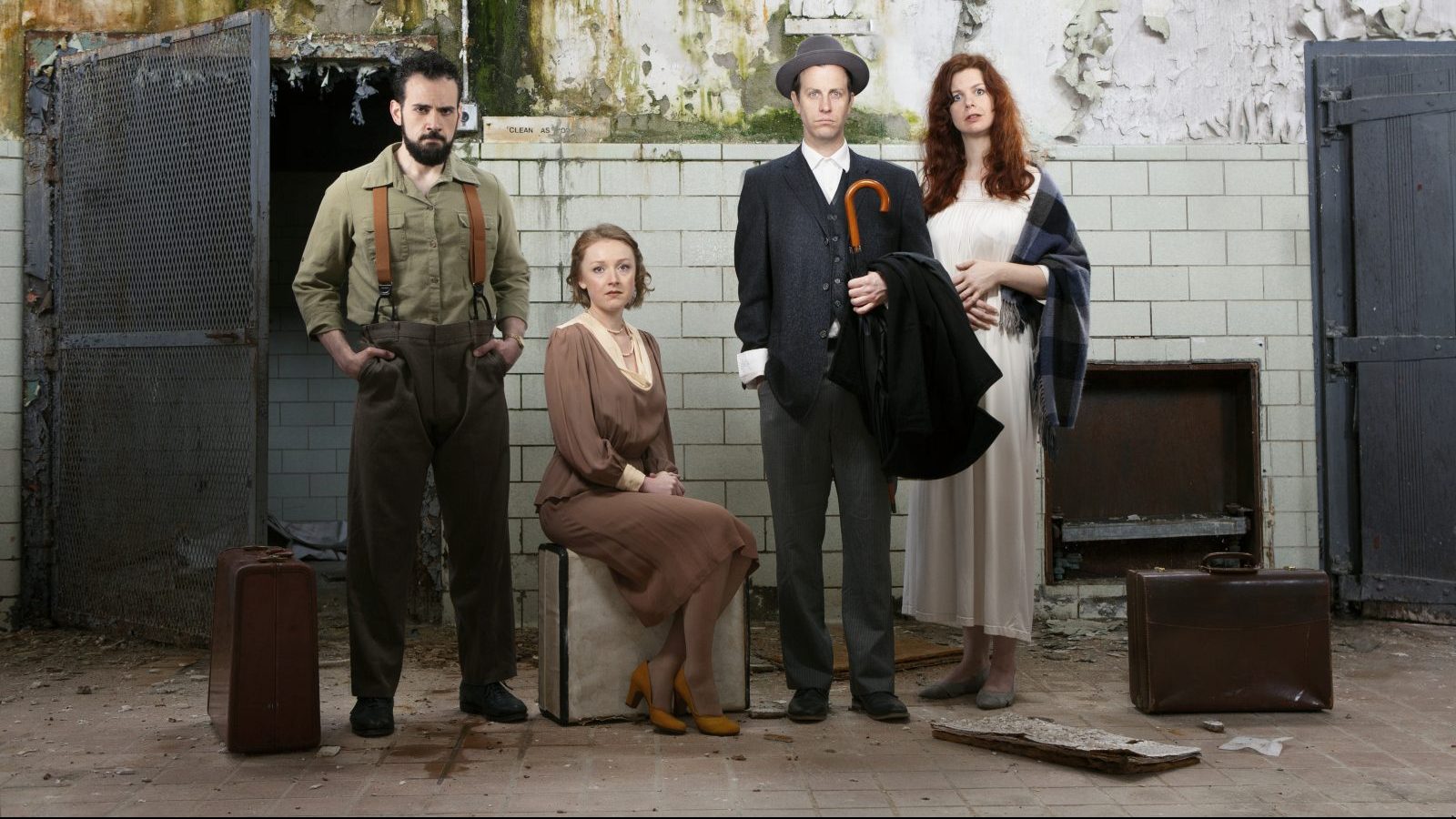 “WE ALL HAVE BAGGAGE — WHAT’S YOURS?

Playing a wide array of characters – and accompanying themselves on multiple instruments – ASC’s ensemble of eleven actor-musicians deftly transforms the contents of each long-lost suitcase into complex and soulful characters that paint a sweeping portrait of 20th century America from the perspective of the institutionalized and the forgotten.

“The genius of Julianne’s approach is to create a series of indelible characters, some funny, some tragic and all very, very human,” says Anderson, “and the set up of the suitcases asks all of us to imagine what, when faced with the same situation, would you pack? ”

“Jon Crispin’s delicate documentation of these suitcases and their contents immediately flooded my head with stories of lives interrupted,” says Davis,  “With the careful, guiding hand of Ethan McSweeny and the incredible team of actor-musicians at the ASC, I’ve been able to discover even more about these songs and the characters who sing them. The intimacy of the Blackfriars, combined with the unique collection of artists who thrive here, has resulted in an evening of powerful storytelling beyond anything I could have ever imagined.”

Featured performer Nancy Anderson is a three-time Drama Desk Award nominee, four-time Helen Hayes Award nominee, and winner of the 2011 Noel Coward Cabaret Award. She has worked on Broadway, in the West End, and Off-Broadway, and with Willard brings her award-winning talents to the roles of asylum patients “Agnes” and “Laverne.”  Davis and Anderson previously collaborated on the NY Times Critic’s Pick The Pen, for which Anderson received a Drama Desk Award nomination.

Leading the production is director Ethan McSweeny who became Artistic Director of the ASC in 2018. McSweeny’s internationally-acclaimed productions have been nominated for more than 75 awards and claimed 30 wins, including four for Best Director: Twelfth Night (Helen Hayes Award, 2017), A Streetcar Named Desire (Irish Times Award, 2013), A Body of Water (San Diego Critics Circle, 2006) and Six Degrees of Separation (Star-Tribune Award, 2003). The Willard Suitcases is McSweeny’s second show at the American Shakespeare Center and rounds out his inaugural season as Artistic Director. Earlier this summer, he directed Julius Caesar, which runs in repertory with The Willard Suitcases alongside Shakespeare’s Antony and Cleopatra (dir. Sharon Ott) and George Bernard Shaw’s Caesar and Cleopatra (dir. Eric Tucker).

“From the beginning, it was clear that we would stage The Willard Suitcases ‘Blackfriars’ style—that is, acoustic, live, self-accompanied, and without relying on elaborate lighting or scenery,” says McSweeny. “This straightforward approach emphasizes the human-scale of these stories, and allows the genius of Julianne’s music to speak for itself.”

“It’s vital that ASC continue to be a laboratory for the exploration of the human condition, and to do that effectively, our company needs to continue stretching in new directions, bringing the talent, skills, and intelligence we have cultivated on the work of Shakespeare—talent amply displayed in our current Roman Rep and beautifully challenged in our free-wheeling approach to Shaw—to new voices and untold stories,” McSweeny adds, referencing the company’s other Fall productions performed in rotating repertory with Willard.

Previews begin September 25. Opening night is October 4. The production runs through December 1. Tickets for all four Fall repertory productions are on sale now.

This autumn, it’s time to answer the question: “What would you pack?” Don’t miss this unprecedented opportunity to hear an extraordinary new score on the stage of the American Shakespeare Center’s Blackfriars Playhouse.