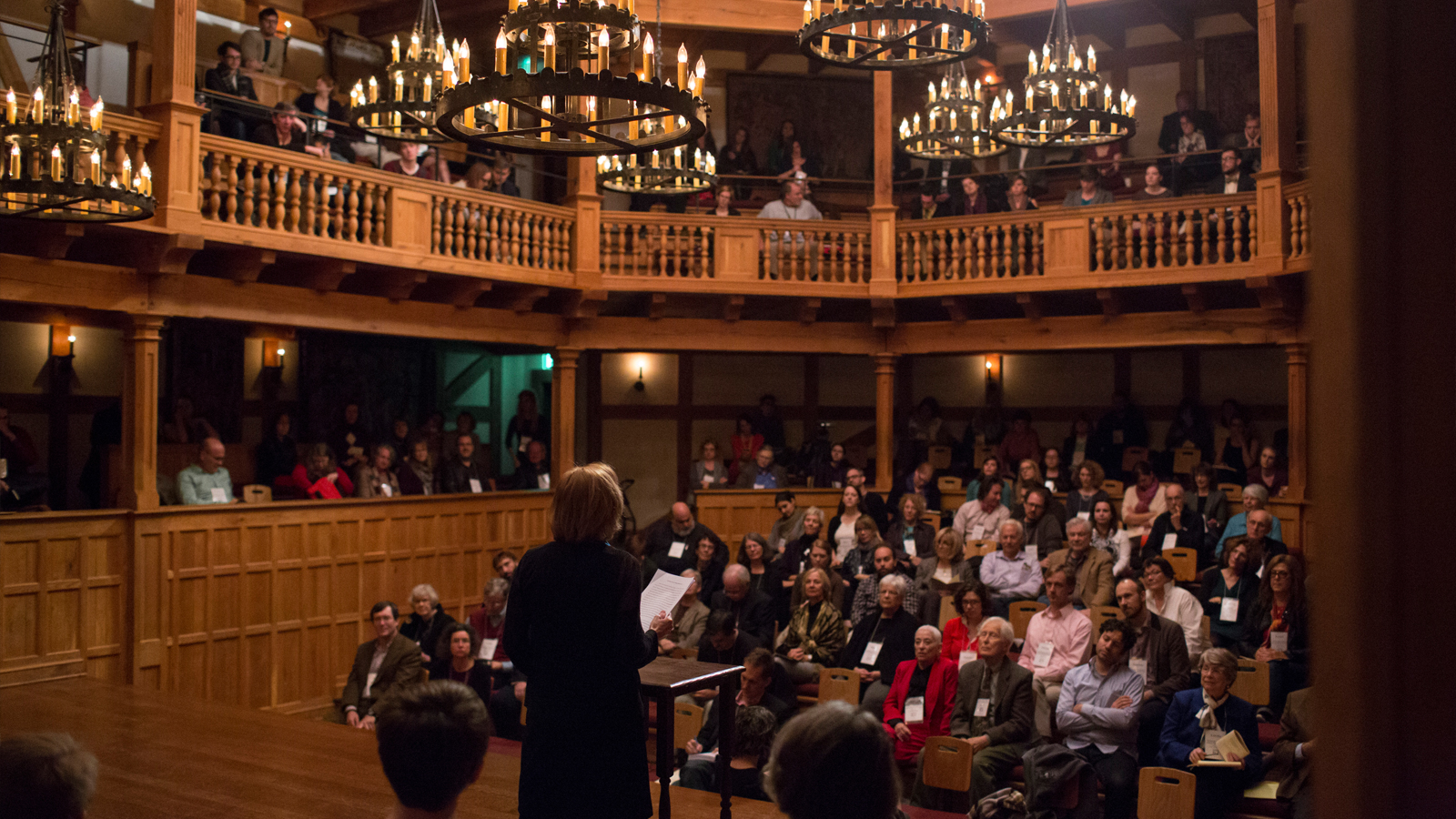 Tenth Blackfriars Conference gathers visitors from around the world for a week of symposia, lectures, and more

American Shakespeare Center (ASC) hosts the tenth Blackfriars Conference in Staunton, Virginia October 22-27. The biennial gathering brings together scholars from around the world to hear lectures, see plays, and discuss their research on early modern theatre.

During the height of the Shenandoah Valley’s famed fall colors, ASC’s Education and Research department hosts scholars and practitioners who explore Shakespeare both in study and on stage, in hopes of finding ways for these two worlds to collaborate. This year’s conference features a diverse array of keynote speakers who all engage in producing and/or studying Shakespeare: the keynote line-up includes two world-renowned artistic directors, a University President, an important voice in Shakespeare and Race studies, and the conference’s first-ever featured emerging scholar.

In 2019, this enriching five-day convention will feature a number of activities for attendees:

colloquies on a wide range of topics, a special presentation for conference honoree Roslyn L. Knutson, film screenings, networking events, workshops, and more. Throughout the week, over 70 individuals will share their work in plenary sessions governed by The Bear, whose job it is to limit presentations to a maximum of 13 minutes. The Bear (a facilitator in a furry costume) will chase those who don’t obey the time limit off the stage, one of the quirky—and most popular— traditions of the conference.

“The Blackfriars Conference distinguishes itself by focusing on the collaboration between scholars and artists,” says Sarah Enloe, ASC’s Director of Education, “One special addition to this year’s conference is the Staging Sessions, in which scholars get to pitch early modern plays that ASC has yet to produce to a panel of judges and their colleagues. Working with ASC’s professional acting troupe, each presenter gets to stage scenes to convince the panel why ASC should program their chosen play.”

Conferees will also get the chance to see the four shows in American Shakespeare Center’s Fall Repertory Season: Julius Caesar, Antony and Cleopatra, Caesar and Cleopatra, and The Willard Suitcases. On the final night, the group will attend a special staged reading of Keene, the Shakespeare’s New Contemporaries-winning script by playwright Anchuli Felicia King. A companion to Shakespeare’s Othello, Keene officially premieres at ASC in Fall 2020.

Although the conference schedule is packed, the Truancy Card program encourages visitors to explore downtown Staunton by rewarding attendees with a range of discounts at local shops and restaurants. An award for the “Most Truant” person is presented at the closing banquet.

“We love the opportunity to connect visiting scholars and practitioners with the rest of Staunton,” says ASC Managing Director Amy Wratchford, “Downtown Staunton is our home and its vibrancy is a key contributor to our success.  Watching conference-goers discover all that downtown has to offer is a joy.”

American Shakespeare Center’s 10th biennial Blackfriars Conference will take place October 22-27 at the Blackfriars Playhouse. Single-day tickets are available for members of the public who would like to attend. These tickets are available at the registration desk. Full-week registration for the conference is open until October 22. A full schedule of the conference is also available online. Tickets to performances of ASC’s Fall Repertory Season will be available throughout the week. Visit the American Shakespeare Center website for more information.