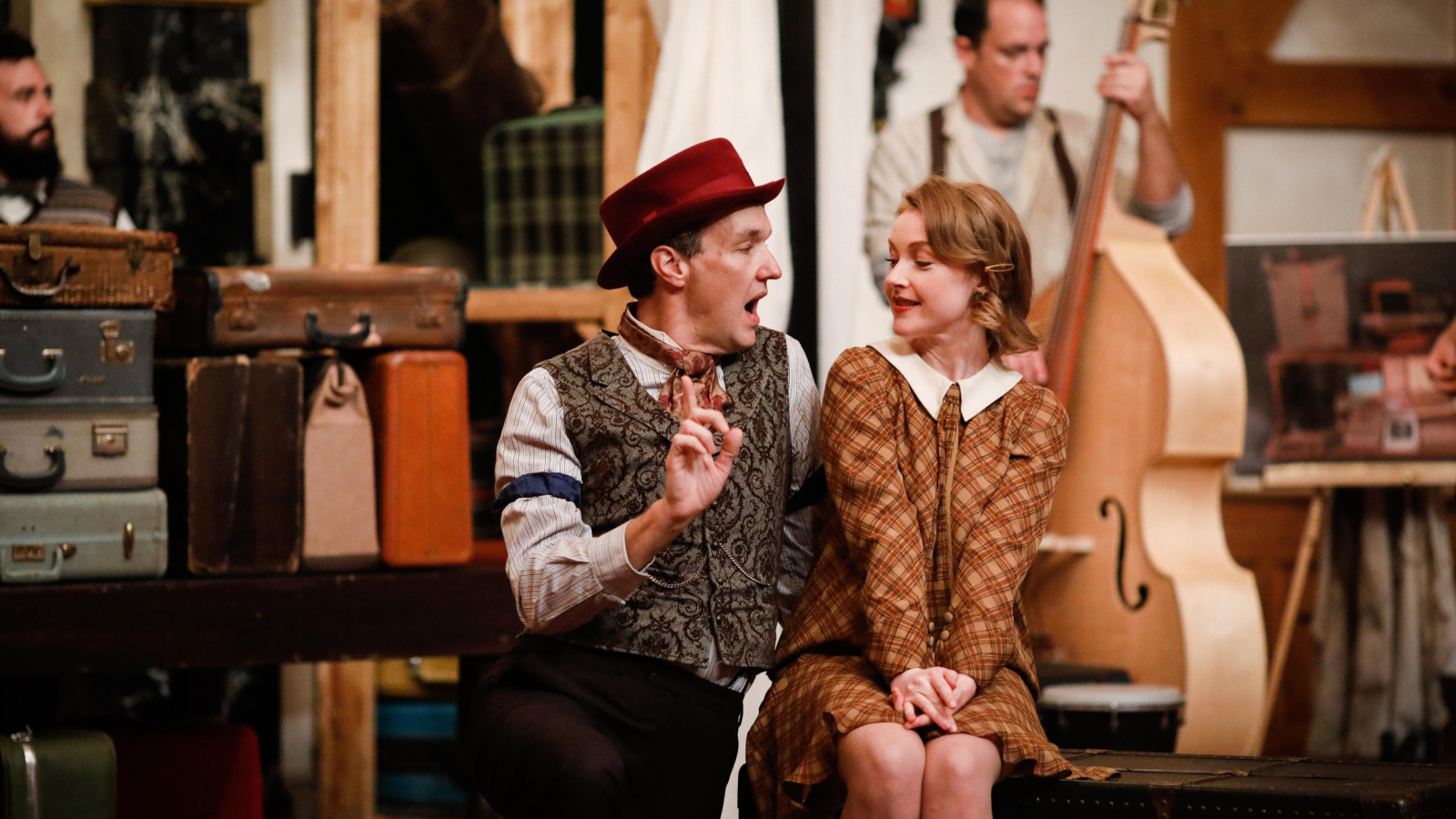 “The Willard Suitcases is a gem of a show in a jewel-box theater…the most intriguing musical to have its world premiere in the greater Washington region in some time… under the stewardship of new artistic director Ethan McSweeny, the American Shakespeare Center has broadened its creative horizons impressively with the debut of composer-lyricist Julianne Wick Davis’s cycle of songs…performed in singer-songwriter style by the 11-member cast…[including] the divine Nancy Anderson...The actors give vibrant flesh to the souls of the forgotten…McSweeny furnishes the stage with suitcases, trunks, and carryalls [and] over the course of about 90 minutes, we learn what’s locked in those fragile containers…the stories spill out, in a riveting cascade…[The Willard Suitcases] resounds with beguiling ingenuity and… a freshness of imaginative spirit.”

A cool musical where? The autumn season of plays at American Shakespeare Center is a rich one.