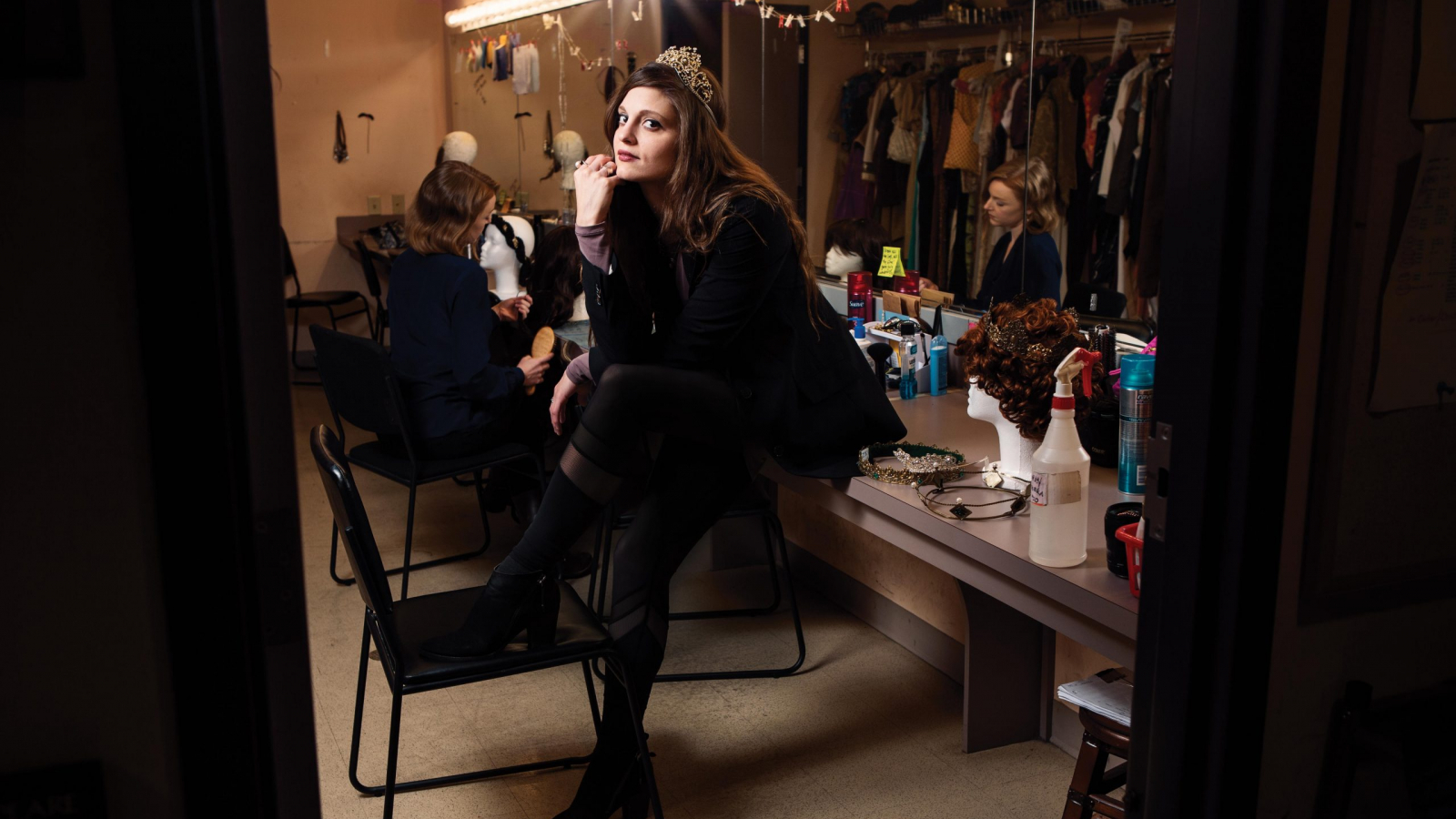 In 2020, American Shakespeare Center celebrates 15 years of the Actors’ Renaissance — re-inventing a very old idea: plan productions created by an ensemble of veteran actors without the help of a director. This anniversary season features Shakespeare’s romantic comedy Much Ado About Nothing, the adventuresome tale of duty and desire Henry IV, Part 2 presented in repertory with Henry IV, Part 1, and the Jacobean tragicomedy, A King and No King by Francis Beaumont and John Fletcher.

“For an intriguing interval each year, the American Shakespeare Center — a delightful company of well-drilled classicists — turns over the whole kit and caboodle to the actors. That’s right, the actors have the run of the place for a run in the place. And the results [are] outstanding,” says Peter Marks of The Washington Post.

Previews for Much Ado About Nothing begin January 24. This “Renaissance rom-com” features one of literature’s most famous quarreling couples, Benedick and Beatrice. Jessika Williams (Royal Court Theatre, Almeida Theatre, Doctor Who; six seasons with ASC) stars as Benedick opposite Meg Rodgers (Houston Shakespeare Festival; three seasons with ASC) as Beatrice in this 1940s-inspired approach to the classic.  Audiences will experience the joy of love won and the ache of love lost as they laugh, cry, and laugh even more at Beatrice and Benedick refusing to see the romance right before their eyes.

In Henry IV, Part 2, the company picks up the story of Prince Hal where we left off last season at the end of Part 1. Brandon Carter (The Kennedy Center, The National Black Theatre; four seasons with ASC) continues Hal’s ascent toward kingship while John Harrell’s (27 seasons with ASC) aging knight Falstaff resumes his inebriated, meddling ways. Previews begin just one short week after Much Ado About Nothing, on January 31.

For the first time, ASC will revive a production — its 2019 mounting of Henry IV, Part 1 to pair with Part 2, bringing the entire adventure of young Henry V’s ascent to the throne to the Blackfriars stage in a single season.

“We know that Shakespeare’s company regularly revived its most popular titles and we want to explore how it works in this context,” says Artistic Director Ethan McSweeny, “Henry IV, Part 1 begins a 100-year telling of the War of the Roses that concludes seven plays later with Richard III. We’re planning to keep exploring the entire tale over the next five years, every year offering a chance to look back at the previous episode.”

ASC highlights the 15th Ren season anniversary by revisiting A King and No King, initially performed on the Blackfriars stage in the very first Actors’ Renaissance season in 2005. Full of murderous plots and zany romantic twists, this rarely-performed Jacobean masterwork is a perfect treat to pair with the Ren season’s Shakespearean meal. Previews of A King and No King begin February 21.

A Chaste Maid in Cheapside by Thomas Middleton adds a special bonus to the season. This memorable Jacobean comedy will be given the “Ren Run” treatment by the deftly skilled ASC actors: script in hand,  no rehearsal, maximum possible mayhem. Showcasing the best of what ASC can do and fulfilling the mission to explore the language of Shakespeare and his contemporaries, this limited run of A Chaste Maid in Cheapside appears April 5, 12, and 16 for an extra helping of the Elizabethan experience.

Previews of Much Ado About Nothing begin January 24, Henry IV, Part 2 begins January 31, and A King and No King is added February 21. All three productions officially open during the celebratory Opening Weekend February 28 – March 1. Your chances to see Henry IV, Part 1 and Part 2 together begin on March 20. All four productions run in repertory until April 19.

A complete performance calendar is available on the ASC website.

Tickets for the Actors’ Renaissance season are available now. 2020 subscriptions are also on sale. Tickets and subscriptions can be purchased online at americanshakespearecenter.com or by calling 1.877.MUCH.ADO (1.877.682.4236). Tickets also on sale for the rest of the 2020 Artistic Year.