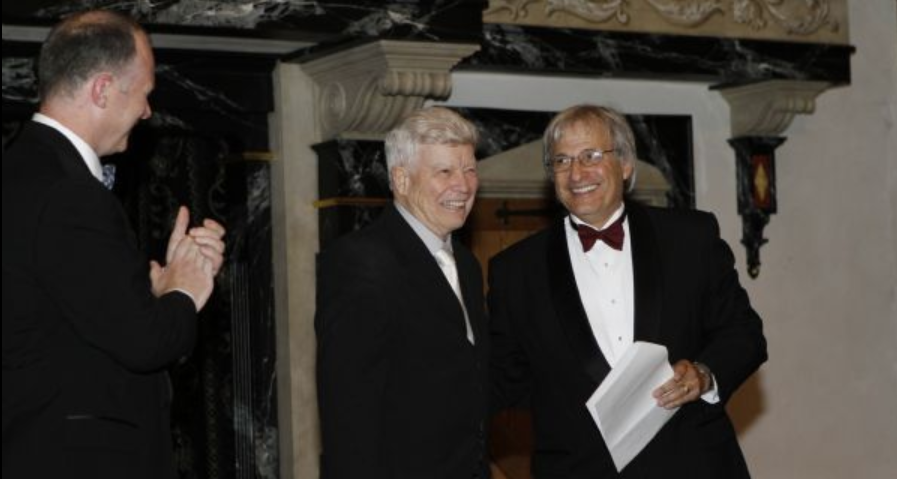 Fred Cruikshank Adams, who in 2010 received American Shakespeare Center’s Burbage Award, was the founder of the Utah Shakespeare Festival, and in the community of Shakespeare producers he was a one-name celebrity—Fred.

In 1961, Fred’s first year as a theatre professor at Southern Utah University, he and his wife Barbara were doing their laundry at “The Double Fluffy” laundromat when they dreamed up the insane idea of a Shakespeare festival in Cedar City, Utah, in the sparsely populated southeast corner of the state. To get advice on how to do that, Fred traveled to Ashland, Oregon to interview Angus Bowmer who had 25 years earlier founded what would become America’s largest Shakespeare festival in a small town 200 miles from a major city. He also wrote to Tyrone Guthrie, perhaps the most famous theatre director in the English-speaking world and the artistic of director of the Stratford Shakespeare Festival in Ontario, to ask for an hour of his time. Guthrie wrote back to him, “No, it wouldn’t be worth my time to give you an hour; I’ll give you a day.” So Fred headed up to Canada.

I measure his impact by the fact that of the nearly 250 graduates of Mary Baldwin’s Shakespeare and Performance program almost 10% have come from Utah—a number roughly ten times greater than statistically predictable. That’s because of Fred.

Brian Vaughn, Artistic Director of USF, is right when he says, “All of his achievements, as far as his theater accomplishments and the impact he’s made on the arts in Utah, they pale in comparison to his generosity and spirit as a human being.” That spirit was an infectious delight in performance, which he embodied with inimitable flare.

Fred was about the best storyteller I’ve ever heard. Every word came with a glint in his eye and a big smile. He seemed to know something about everything. Have a favorite line? He’d quote it to you. Need to know what it’s like to dine in the desert with a sheikh? He’d tell you the rules of etiquette. Want to know the best place for risotto in Capri? He’d draw you a map. Five minutes in Fred’s company and you understood how he built a miracle in Southern Utah.

We will miss Fred, need him, love him, remember him; but in a strange way we won’t be able to mourn him. Mournfulness is somehow incompatible with thoughts of Fred, who seemed composed of a Shakespearean-sized happiness. 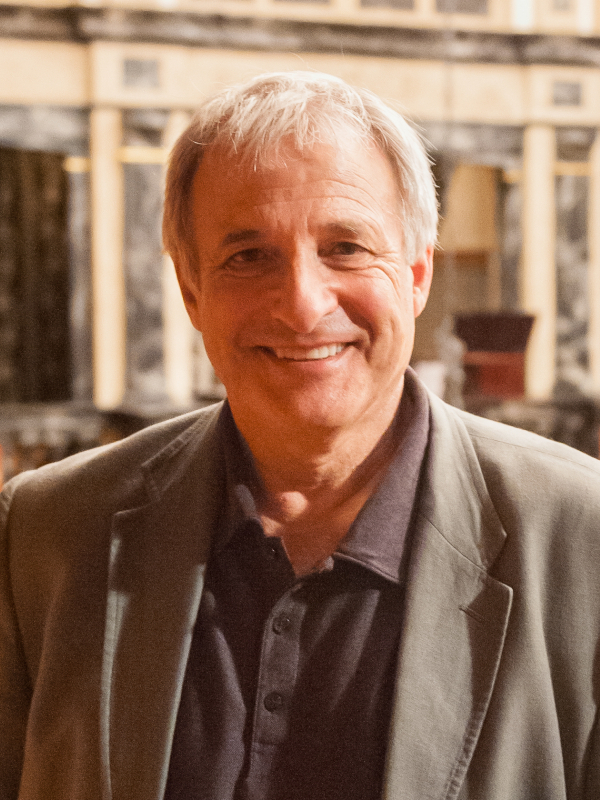 In 2001, he established the Blackfriars Conference. He has received numerous awards and fellowships including the Governor’s Arts Award with ASC Co- founder Jim Warren (2008), the Theo Crosby Fellowship at Shakespeare’s Globe in London (2009), the Folger Shakespeare Library’s Shakespeare Steward Award (2013), and the Globe’s Sam Wanamaker award — the first American to receive this honor (2014). He earned his undergraduate degree at Dartmouth College and his doctorate at Duke University, where he received the outstanding alumni award in 2016.