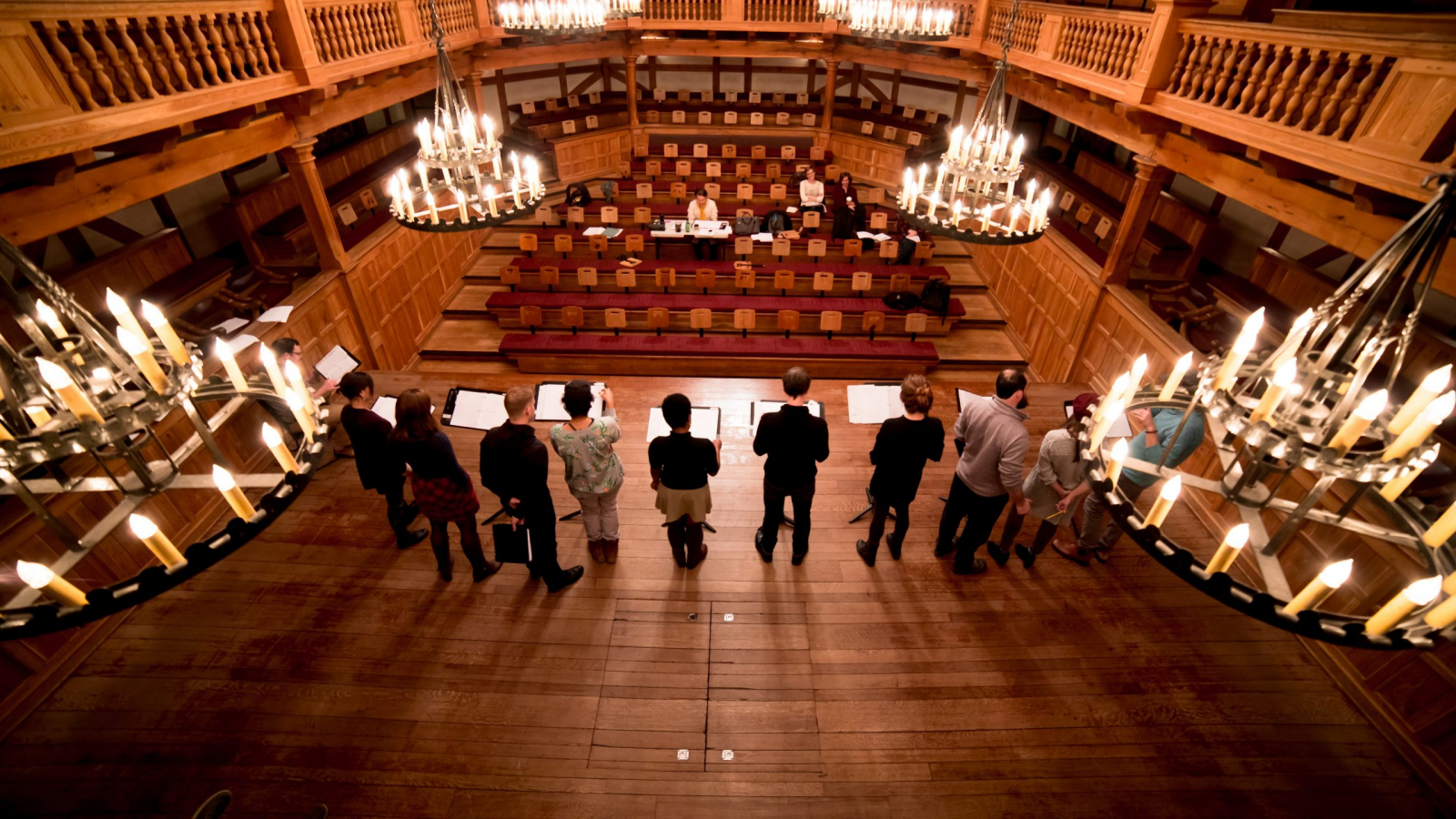 American Shakespeare Center announced today that L M Feldman’s Thrive, or What You Will is the winner of Cycle 3 of the Shakespeare’s New Contemporaries (SNC) project. An epic tale about the first woman to circumnavigate the globe, Thrive is a funny, gripping, and inventive theatrical journey that sparks a cross-centuries conversation with Shakespeare’s Twelfth Night. Feldman will receive the $25,000 award and see her play produced alongside its Shakespeare partner as part of ASC’s 2020-21 National Tour. The pair of plays will be seen around the country from September to April, before returning to Staunton for a Blackfriars premiere in spring 2021.

“I was immediately captivated by this engaging, moving, and timely play,” says Artistic Director Ethan McSweeny. “This dramatization of the life of Jeanne Baret sheds light on the implications of, and possibilities in, disguising oneself as a man to travel to foreign lands. L has created a rich theatrical experience deeply resonant with the themes of Twelfth Night, and we are thrilled to add it to our growing number of Shakespeare’s New Contemporaries productions.”

Shakespeare’s New Contemporaries is ASC’s ambitious undertaking to discover, develop, and produce new works that are inspired by or in conversation with each of the plays in Shakespeare’s canon. The company saw a record number of applications for the third cycle of this project.

“Both [Thrive and Twelfth Night] draw on a similar performative style, a buoyancy, a comedy, and tropes around love and gender and seafaring and ‘cross-dressing,’” says Feldman. “But where Twelfth Night stops, Thrive hopefully continues, subverts, and interrogates in terms of gender, feminism, misogyny, transmisogyny, queerness, sexuality, identity, mis-gendering, mis-categorizing, and what the very real historical costs of these are. So though it’s not an adaptation of Twelfth Night, it’s dancing with it. It’s vaulting from it.”

ASC is also pleased to recommend five titles that rose through the competitive process to the final shortlist. Those plays are Shakespeare or the Devil by Matt Bird and James Armstrong, a response to All’s Well That Ends Well; 7 Minutes by John J King, a response to Henry V; Much Undone by David Valdes, a response to Much Ado About Nothing; and The Humorous Adventures of Sir Andrew Aguecheek by Travis Lowe and Peace: Burial at Sea by Daniel Hasse, both in response to Twelfth Night.

ASC’s three upcoming world premiere plays will be seen by audiences around the country in 2020. As Thrive prepares to tour the nation, both winners of SNC’s second cycle will be developed in New York prior to production at the Blackfriars Playhouse in Staunton this year. Keene, playwright  Anchuli Felicia King’s response to Othello, will be part of Red Bull Theater’s OBIE Award-winning Revelation Readings in May, and The Defamation of Cicely Lee by Emma Whipday, a response to Cymbeline, will be workshopped with Juilliard students in March.  Cicely Lee will open at the Blackfriars Playhouse in May 2020 while Keene debuts in October.

“These New York opportunities along with Thrive’s inclusion in ASC’s National Tour represent the growing national reach of the Shakespeare’s New Contemporaries project,” says Literary Manager Anne G. Morgan, who received the 2019 Elliott Hayes Award for her work leading the project. “From the exciting ways that our existing projects will reach audiences beyond Staunton to the far-flung applicants each cycle, we continue to prove that the desire to engage in new conversations with Shakespeare’s plays is shared by writers, theatres, and audiences. Shakespeare’s New Contemporaries is on a journey – both dramatically and geographically – and I look forward to discovering who else will join us on it.”

Playwrights interested in contributing to SNC’s contemporary canon can apply for inclusion in Cycle 4. ASC invites playwrights to submit unproduced plays that engage with As You Like It, Henry VI (any/all parts), Romeo and Juliet, or Troilus and Cressida between October 1 and November 18, 2020. Visit sncproject.com for application guidelines and process.

Tickets are now on sale for the SNC cycle two winners, Keene and The Defamation of Cicely Lee. Visit americanshakespearecenter.com or call 1.877.MUCH.ADO to purchase. Updates about the 2020/21 National Tour stops and performances of Thrive, Or What You Will are to come.