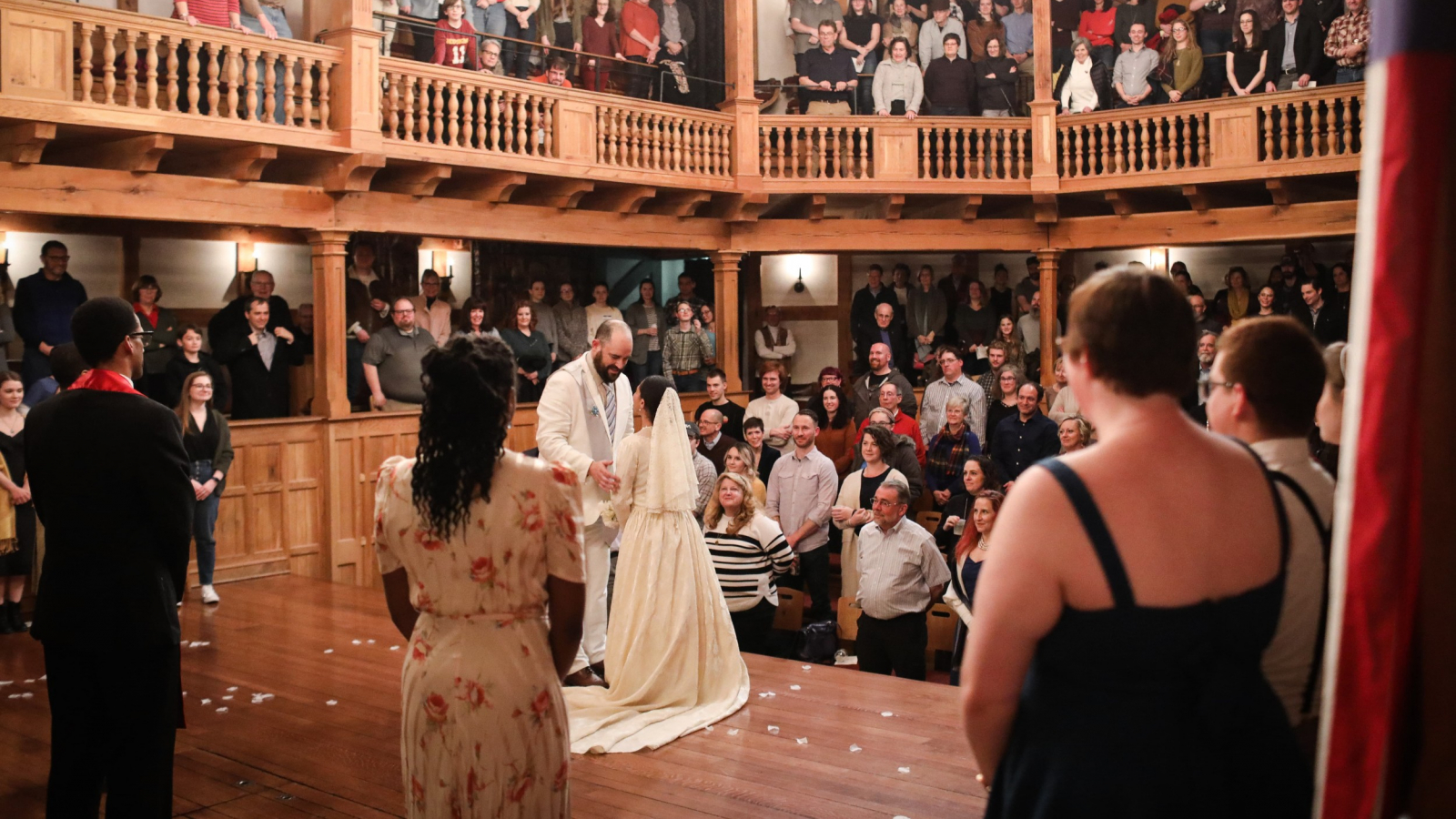 The company will have to close its doors for 2.5 months beginning this week and has become an example of struggling arts organizations during the COVID-19 pandemic

The American Shakespeare Center says the response to their temporary closure and call for help has been emotional and profound. Many regional newspapers, magazines, TV stations, and radio programs have covered the story, including the Staunton News Leader, Virginia’s Public Radio WVTF, and The Washington Post.

The Washington Post’s theater critic Peter Marks, who has praised ASC’s unique and authentic productions of Shakespeare and his contemporaries, wrote: “Suddenly, a virus still barely touching a bucolic slice of the Shenandoah valley…amounted to a potential theatrical extinction event…ASC’s creative family will wait their all-important cue for the box office to reopen.” Marks cited American Shakespeare Center as an example of how this pandemic will leave many arts organizations ‘on the brink’ of destruction.

Patrons have also chimed in, noting the important role ASC has played in their lives.

“I cannot imagine a world without the ASC and everything it gives people, so I’m going to do what I can,” said Colin O’Grady, one of the theatre’s donors in recent days.

Kind messages were also sent through the company’s Facebook page where they shared the announcement of their closure and The Washington Post article.

“Best small theater I’ve visited. I so hope you make it. Hang in there,” “Heartbreaking! We will miss you,” “I know how hard this choice was. Thank you for making it anyway,” “ASC is a gem that we can’t afford to lose,” read some of the emotional comments

The leadership at ASC is hopeful that with help from their community, ASC will be able to survive this crisis. The impact of comments from both the press and patrons has been encouraging to the staff in this time of need.

“The feedback we have been hearing from our community is incredibly moving,” said Artistic Director Ethan McSweeny, “Really, it is heartening to know how much the Blackfriars Playhouse and the work we do here means to people all over the world. This is a dark time for our company, but what we are hearing from fans has been truly special.”

“The goodwill of the company’s audiences has opened a stage door of hope,” wrote Marks in The Washington Post.

American Shakespeare Center continues to invite friends of the theatre through that stage door of hope in the coming weeks. The company is accepting donations to help them re-open with a full staff in June. The full statement on ASC’s closure can be read on their website. Supporters are encouraged to donate if they are able, or to purchase tickets to the upcoming summer season, and to share ASC’s story on social media so others can follow their leadership. All pre-purchased tickets for canceled performances will be initially moved into placeholders to be used for a future performance.  If patrons would like to convert their pre-purchased tickets into a donation, they are encouraged to visit americanshakespearecenter.com for more information.