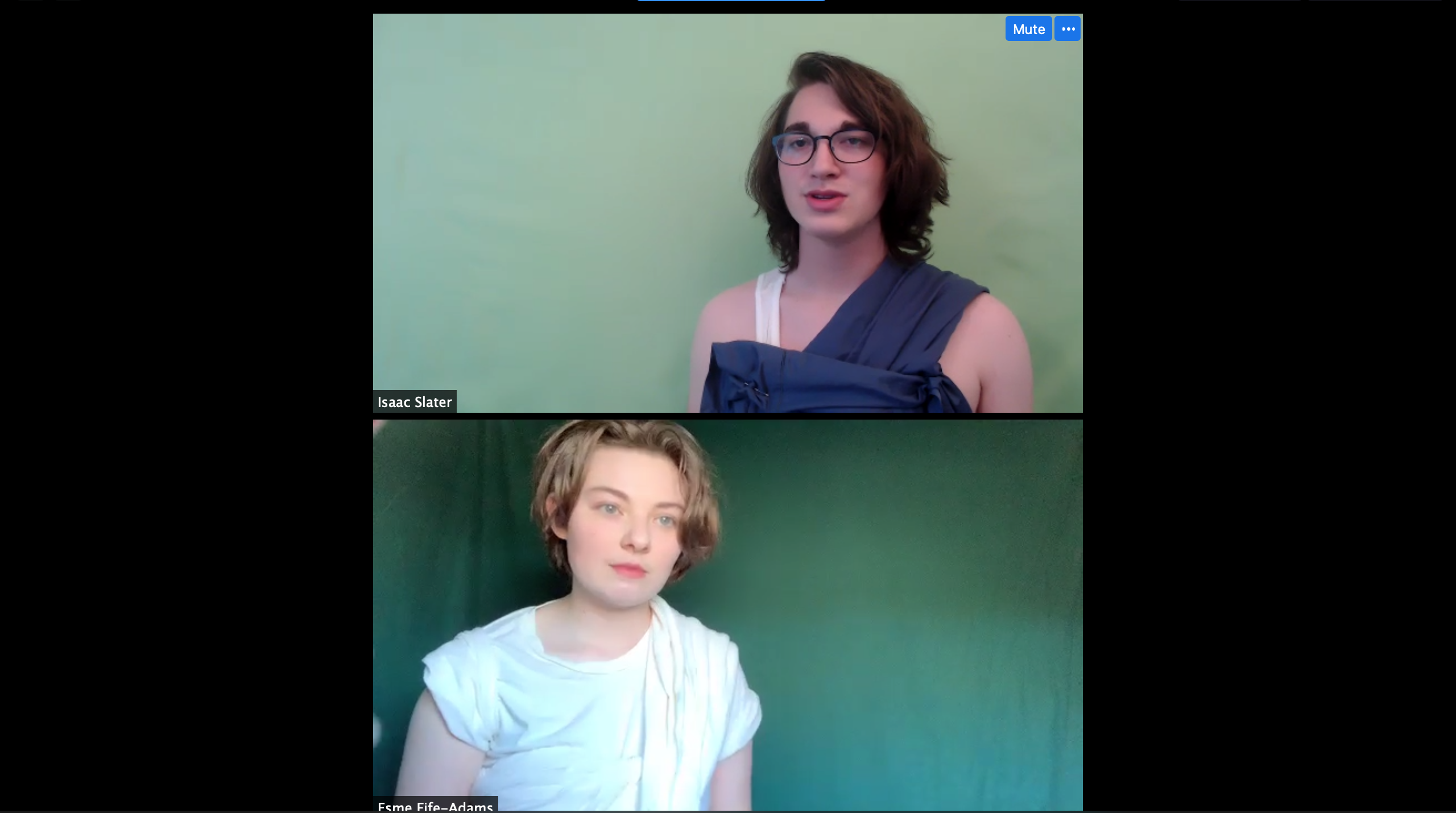 Today, we rehearsed and our filming is nearly at a wrap. Brutus and Cassius are coming to terms with the consequences of their actions, and Antony and Octavius are preparing to avenge Caesar. We ended rehearsal with a ~completely serious~ rehearsal of Brutus and Cassius in the tent scene.

Shakespeare’s Romans have a flair for the dramatic, even for the stage. They never do anything halfway. To express strong friendship, they use “love,” which is usually not a word to be casually thrown around by our standards. In my opinion, the word “love” can sometimes cover too much. There are many different kinds of love, and the Ancient Greeks had different words for them, but English only has the one, that usually refers to romantic love. Not to get technical, but I think the Sapir-Wharf hypothesis plays a huge role (the hypothesis, paraphrased, basically states that the words we call things mold how we think of them.) When each use of “love” uses the same word, the romantic connotations are sometimes too strong to ignore. The differences between kinds of love are lost under the umbrella word. If we had other words for love, what kind or kinds of love would we find in Brutus and Cassius’s relationship? How would it change Shakespeare’s words and writing?