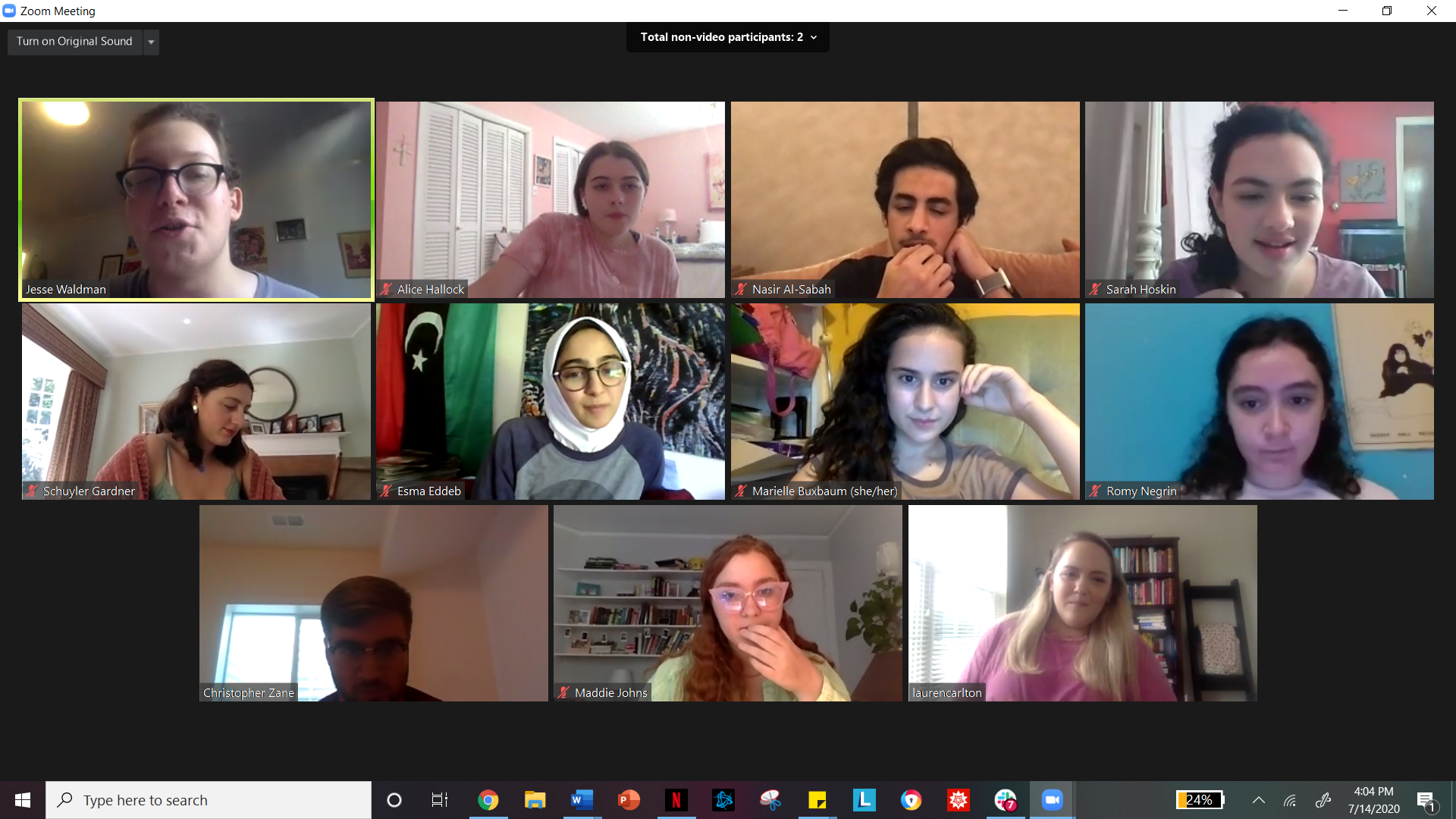 Hello again my fellow Shakespeareans! Today marks the second day of the #SHXcamp experience. After starting the day with a warmup by the assistant director of All’s Well, Esma Eddeb, the cast navigated their zoom rooms to a tech talk with Aaron Cooper and a consent workshop with director Lauren Carlton. During the tech talk, the cast were introduced filming themselves from the computer, sound, and how to light themselves. Afterwards, during the consent workshop, Lauren discussed with campers how intimacy is blocked onstage without intruding upon one’s personal space.

After a short break, the All’s Well cast were given presentations on the dramaturgy of both All’s Well and Julius Caesar by Schuyler Gardner and Savannah Nine. This encouraged the cast to ask themselves question about their characters and how the information from the presentations could affect their relation to the play’s context and setting. This included class relations, marriage, and the ideas behind that of masculine and feminine character tropes. These questions and concepts were then further developed among the campers with an assignment to take their scenes from the play and determine how they would translate into modern social media, resulting in interesting ideas of what relationships the campers’ roles have with other characters in the play. Finally, the rest of rehearsal was followed with a read through of some scenes from Act II and discussion of those scenes.

From the Play: To th’ wars, my

From the Cast/Crew: “And now our special report with Williy Shakes…” -Jesse Waldman

From the Director: “Let us shift gears for now…”

Today sparked quite a lot of conversations between the cast of what their roles are within the context of the play, one of these concepts was looking at the language used and what that could mean for certain characters or moments. It was interesting to see the campers begin to gain a better grasp on their scripts (especially for using cue scripts for the first time). While these ideas will not be performed on a stage, I have begun to see how it affects the read throughs. The better one understands texts like that of Shakespeare’s, the more believable and truer it sounds to those listening. I hope the cast will continue to explore the text in their own time as the begin to form clearer images of the play within their heads.

[This post was written to the sound of The White Stripes: De Stijl]