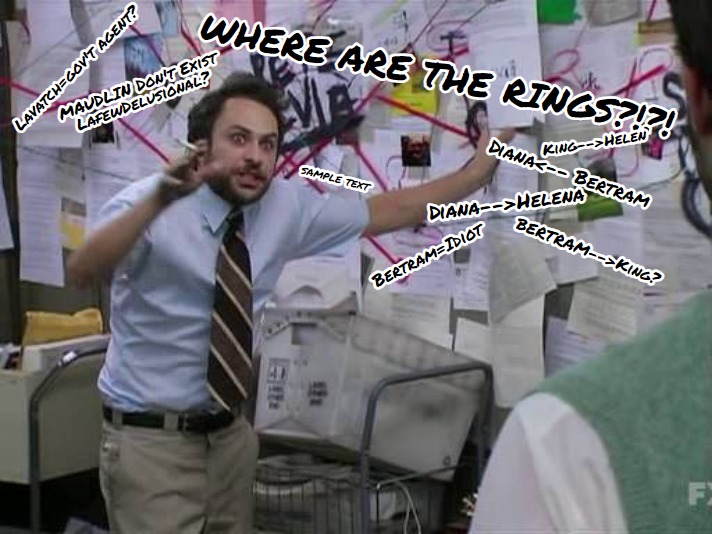 Hello my fellow Shakespeareans! And so rehearsal begins, as it tends to do, with a check-in (kudos to you if you got that reference). It was wonderful to hear that everyone was feeling good and ready to discuss the final act of the play… and slowly dissolve into a heated debate about who had what ring, where the ring came from, and if we were all being played for clowns by the bard himself. Nevertheless, the debate was eventually sorted out and the cast moved on to there assignment for today- to create TikTok profiles and  Real Housewives inspired introductions for characters which they thought would use the app in the first place. Lastly, Director Lauren Carlton asked the cast to come up with five moments for their characters that could be transferred onto a social media platform for the overarching devised theater project.

From the play: “This is a dreadful sentence.” -Helen

From the cast/crew: “I have a white board. We can figure this out.” -Hillel

From the director: “Make your real housewives intro.”

I know that from today’s report, it may seem at first glance that these projects do not have much to do with theater. While they might not directly, they build on the core principles of what acting is, by looking at how characters would act or what they would say in given situations. With the country’s current predicament, what better way to tap into characters than by taking advantage of social media? By taking something often pushed aside as a recreational tool (or weapon of mass destruction), the cast has transformed it into a device that they can easily turn to whenever they need to tap into a certain characters mindset in a easy and relatable way.

[This post was written to the sound of My Chemical Romance’s, “Three Cheers for Sweet Revenge.”]