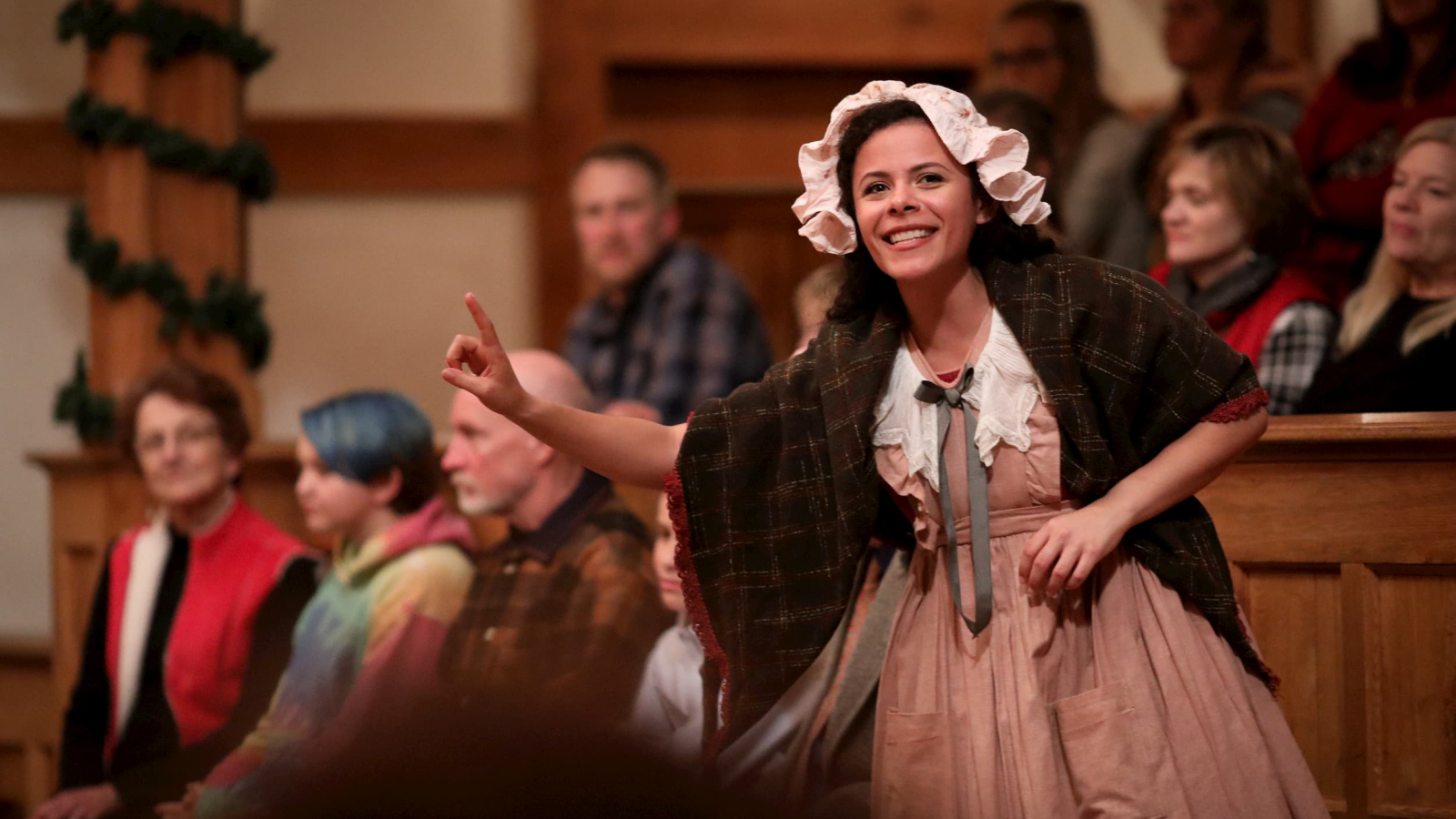 In keeping with its role as one of the nation’s arts organizations blazing a trail during the pandemic, American Shakespeare Center has announced plans to uphold a beloved holiday tradition with their new production of A Christmas Carol debuting under the company’s rigorous ASC SafeStart protocols this December.

“Producing A Christmas Carol is ASC’s way of keeping the lights on (both literally and figuratively) and  sharing the warmth of this holiday season, even in the midst of the enormous pandemic disruption we’ve all experienced,” says Artistic Director Ethan McSweeny, “To revisit Dickens’ classic text in 2020 makes this production not just ‘A’ Christmas Carol, but really a message of hope from our ASC family to yours.”

ASC has received national attention and acclaim for its pioneering return to live performance, with coverage in The Washington Post, The New York Times, The Wall Street Journal, American Theatre magazine, and more. The SafeStart Season has already welcomed more than 2,000 patrons to live performances, and fans on five continents have enjoyed digital performances of Othello and Twelfth Night. Now, ASC performers and staff look forward to continuing their evolving SafeStart practices in this A Christmas Carol engagement, ensuring that fans — many of whom count this as an indispensable part of their season celebrations — will once again have access to an abiding tradition.

ASC SafeStart protocols that will be in use on A Christmas Carol include: universal masking, socially distanced seating, and a rigorous bubble around the performers. Additional audience precautions include paperless ticketing, digital programs, enhanced sanitizing regimens, the elimination of concessions, and hand sanitizer stations throughout the Playhouse.

A Christmas Carol begins at the Blackfriars Playhouse on Wednesday, December 2 and continues through Sunday, January 3 with bonus performances Christmas week. The new staging will star a versatile company of eight performers led by ASC mainstay John Harrell as Scrooge in this musically-inflected, textually-based adaptation by James McClure which reunites Marley, Tiny Tim, and the three ghosts for a holiday thrill ride. McSweeny will direct the production. Full casting will be announced later this fall.

Due to the social distancing procedures in the Blackfriars Playhouse, only 105 tickets are available for each performance, so tickets for this holiday event are expected to go fast. Fans are encouraged to get their tickets as soon as possible to preserve their tradition.

On-demand viewing will also be available in December. Audiences can bring the holly-adorned Playhouse into their homes with these online performances gathering family in the comfort of their own living rooms with a cup of cocoa and enjoying the warmth of A Christmas Carol in four-camera cinema quality.

Tickets for A Christmas Carol are on sale now. Visit the ASC website or call 1.877.MUCH.ADO (1.877.682.4236) to purchase. Groups of four or more should call the Box Office to book their tickets.