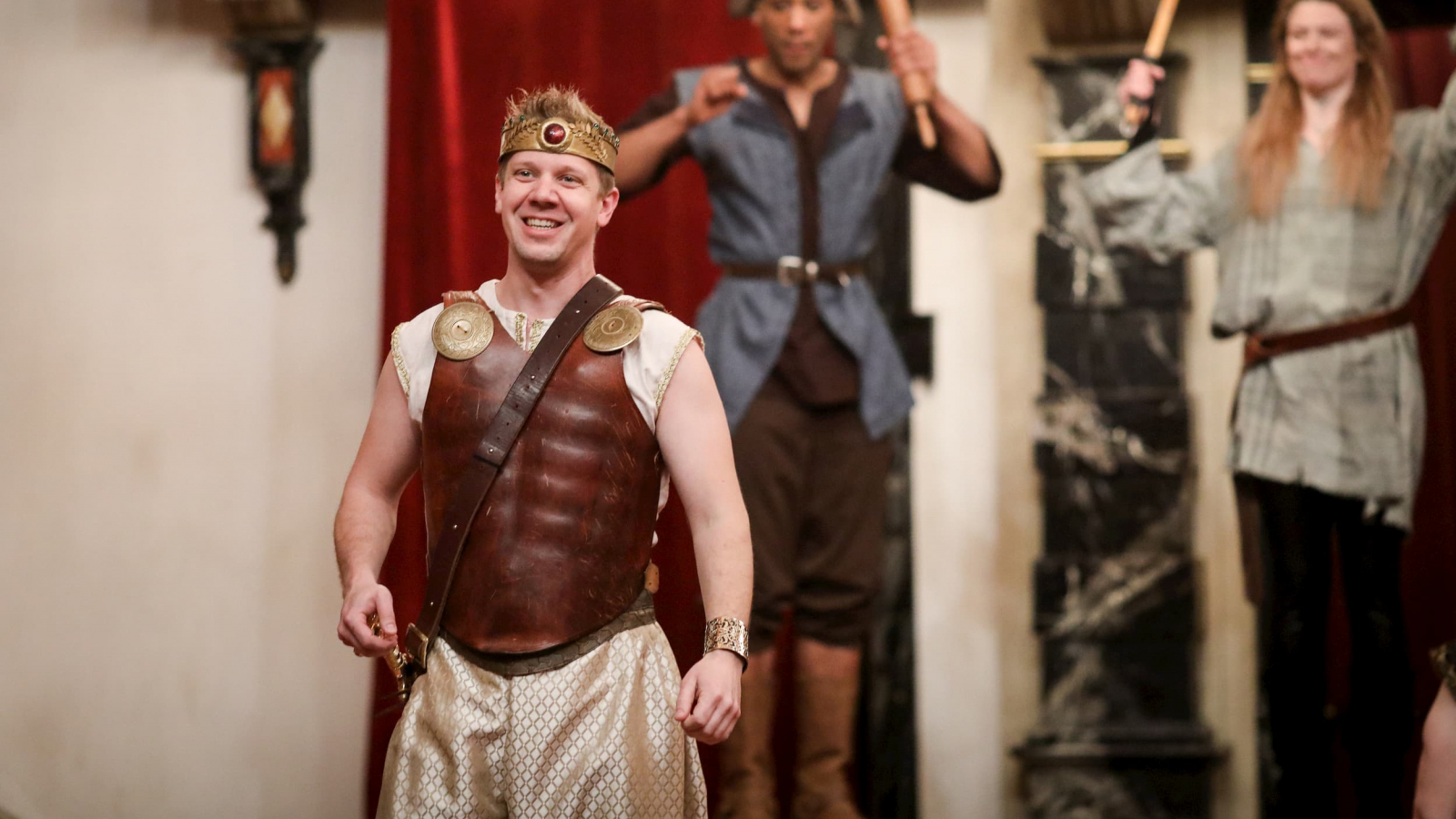 To me, one of the most striking features of Shakespeare’s New Contemporaries is the opportunity it offers writers’ imaginations to work upon a set of given materials: playwrights’ thoughts–varied and exciting and unpredictable–adorn our kings (Shakespeare, the Blackfriars Playhouse, and our company of actors). As the Cycle 4 application window nears, I can’t wait to encounter these thoughts on the page; reading a theatrical work is an invitation for my imagination to rise to that of the playwright.

I confess, I’ve had to do more imagining than most: despite living within 40 miles of Staunton before I began my fellowship with ASC, I saw none of the staged readings or premieres of the selected SNC plays. The advantage? That my negligence might now be of use to playwrights who are considering applying to SNC but who may likewise have seen the project only from a distance. I’ve just recently read the existing SNC canon and imagined how each play might live on stage. Now that I have, I want to share what I’ve learned about how each response to Shakespeare invests our kings with new life. (If you would like to join the conversation already started by the selected plays and shortlist titles, you can visit ASC’s New Play Exchange profile to read many of the scripts!)

The five selected plays reveal the variety of subject matter, style, and setting that SNC celebrates. While each has a different relationship with its companion play, they all respond to Shakespeare by pointedly speaking back to (and in some ways pushing against) his works. Emma Whipday’s The Defamation of Cicely Lee, for example, adapts the true story of a wife accused of adultery in 17th-century England to depict a disquietingly familiar world in which no-one believes a woman who speaks on her own behalf. The play thus tackles both the gender politics of its companion, Cymbeline (in which a princess’s reputation depends upon the conscience of an unscrupulous man) and the way that Shakespearean romance, as a genre, papers over the consequences of such an environment. In the absence of an abuser’s miraculous change of heart, what kind of happy ending can Cicely make for herself?

Like Cicely Lee, the SNC canon exposes fissures within Shakespeare’s works that invite further wonder, speculation, and disquiet. Mary Elizabeth Hamilton’s 16 Winters, or the Bear’s Tale literally gets into the cracks: it takes advantage of the 16-year gap in The Winter’s Tale to imagine the journeys that the wronged queen and her confidante embark upon as they wait for her husband’s jealousy to cool. If The Winter’s Tale depicts a court where everyone thinks they know who the “good queen” is, 16 Winters wonders whether the queen herself is quite so sure. Like the best fables, it reveals the porousness of the workaday world—a ghost and a talking bear share the theatrical space with hunters and angsty teenagers—to remind us that life does not always move inexorably towards a predetermined end.

SNC plays transform their source material, sometimes by revealing its limitations. Amy E. Witting’s Anne Page Hates Fun, a rom-com set in modern America, re-creates the idyllic small town milieu of The Merry Wives of Windsor while acknowledging that Shakespeare’s idyllic small town milieu no longer seems so idyllic. Where Merry Wives skewers its international characters and makes light of the unwanted sexual attention directed at the women of Windsor, Anne Page Hates Fun treats all of Windsor’s inhabitants with compassion and puts mutual consent at the heart of its comedic resolution.

Just as Anne Page Hates Fun redresses Windsor’s misogyny and xenophobia by confronting it, the SNC canon leans into what is uncomfortable about Shakespeare for contemporary audiences. Like Othello, Anchuli Felicia King’s Keene addresses white power structures that suppress Black excellence. But it centers characters of color instead of a white saboteur: its wry chorus and fantasy dreamscapes reveal the inner lives of two young Shakespeare scholars investigating the legacy of the first African-American man to play Othello on the London stage. Keene, a playful look at love and self-discovery amidst the pressures and pretensions of academia, asks what might happen if a story about white villainy became a story about learning to navigate a culture that simultaneously fetishizes and hates your differences.

Finally, SNC plays are decidedly theatrical: they lean into the magical way that human bodies and voices make a bare stage into an entire world. L M Feldman’s Thrive, or What You Will, for example, deploys Twelfth Night’s tropes of sea-voyaging and gender-bending to tell the tale of Jeanne Baret, an 18th-century botanist who became the first woman to circumnavigate the globe. The play uses doubling, concurrent timescapes, and rapidly shifting locations to evoke with great buoyancy and great care the experience of a person whom history otherwise remembers only through the eyes of men. Thrive, like the collection of SNC plays more broadly, amplifies the voices of those who resist the labels that the powerful impose upon them; it inspires audiences to question Shakespeare’s authority as much as admire his influence.

The SNC playwrights have built strikingly original and immersive worlds out of their given materials (I gleaned all of the above just by reading the scripts!). As we prepare to welcome a new batch of companion plays, I can’t wait to imagine all the ways that your thoughts might adorn our stage in the future.