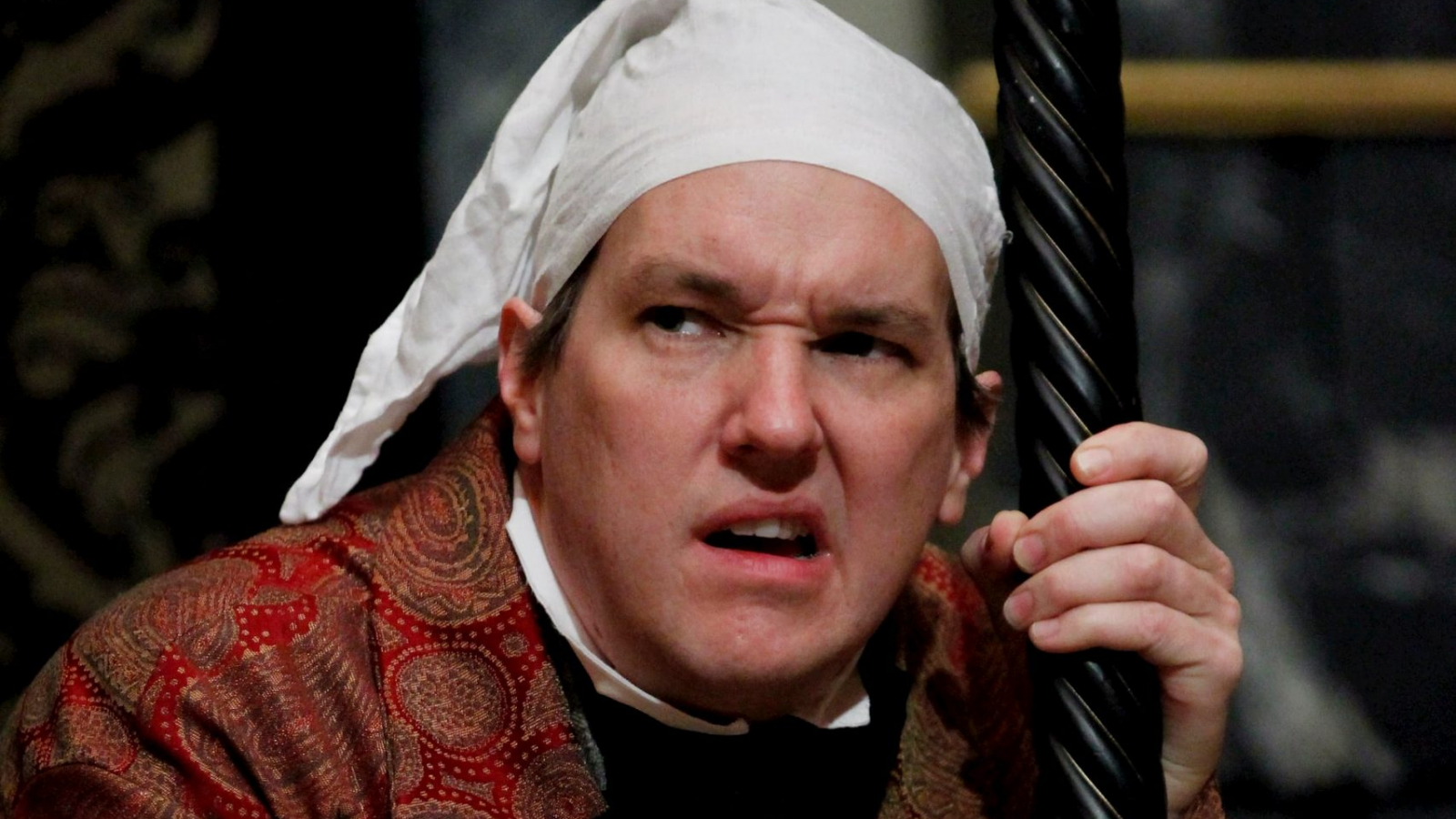 Veteran ASC artists will perform under ASC SafeStart protocols, bringing warmth and light to the Blackfriars Playhouse this December

American Shakespeare Center has become a leader in socially distanced theatre, blazing a trail for live performance amid COVID-19 since July 2020. This December, the company will uphold a dear holiday tradition with their new production of A Christmas Carol debuting under their rigorous ASC SafeStart Plan. The performances will feature a cast of ASC fan favorites, reuniting Marley, Tiny Tim, and the three ghosts for a wintery thrill ride viewable live at the Blackfriars Playhouse or online from the comfort of home.

The new adaptation of the iconic holiday play by James McClure retains much of the integral ASC traditions, such as the jolly carols which appear throughout, but brings new life to the classic tale. The first preview performance is December 2. Opening night will be celebrated on Saturday, December 5.

ASC has assembled a streamlined ensemble of eight versatile actors for their 2020 A Christmas Carol. These company members will direct the spirited show collectively, adapting the style of ASC’s unique Actors’ Renaissance Season which recreates an actor-led Shakespearean rehearsal process to the Holiday Season. The small cast will work together with a small production team to play a multitude of creative roles. This allows the ensemble to maintain a strict isolation which keeps themselves, staff, and audiences safe.

“Producing A Christmas Carol with this company of talented, close-knit actors is ASC’s way of celebrating community and sharing the joy of the holiday season, even in the midst of the pandemic,” says longtime company veteran and actor-manager John Harrell. “Dickens’ text about kindness and giving is especially poignant in 2020.”

Harrell will lead the ensemble as the miserly Scrooge, who is visited by four ghosts seeking to put him on the path towards kindness. Jessika D. Williams, fresh off of her nationally-acclaimed run as Othello in the 2020 SafeStart Season, will play the ghost of Jacob Marley and the spirit of Christmas Present opposite Harrell. They are joined by Madeline Calais, formerly of ASC’s National Tour, as Christmas Past and Tiny Tim.

Scrooge’s diligent clerk Bob Cratchit will be played by Brandon Carter, who is in his sixth season with the company. Zoe Speas, most recently seen as Viola/Sebastian in Twelfth Night, will play dual roles as Cratchit’s wife and the love of young Scrooge’s life, Belle.

ASC actor-manager Chris Johnston will lead the creation of the musical world of A Christmas Carol while also performing as Fred and young Scrooge. Audience members will want to get to the Playhouse early to hear what holiday playlist Johnston and adapter McClure cook up to entertain the crowd pre-show.

The cast is rounded out by Elleon Dobias and Sam Saint Ours who double as production assistant and assistant music captain respectively.

“Scrooge rejoins his community, we rejoin ours,” says McClure about ASC’s decision to mount the beloved holiday classic, “He emerges from his isolation, we emerge from ours. Safely, of course.”

ASC SafeStart protocols that will be in use at the Blackfriars Playhouse for A Christmas Carol include: universal masking, socially distanced seating, and a rigorous bubble around the performers. Additional audience precautions include paperless ticketing, digital programs, enhanced sanitizing regimens, the elimination of concessions, and hand sanitizer stations throughout the theatre. Although as part of the SafeStart protocols the ASC gift shop will not be open during performances, fans can find many Shakespeare-inspired and holiday gifts on the website at AmericanShakespeareCenter.com/gift-shop/.

ASC received national attention and acclaim for its pioneering return to live performance, with coverage in The Washington Post, The New York Times, The Wall Street Journal, American Theatre magazine, PBS’s NewsHour, and more. The SafeStart Season welcomed more than 2,200 patrons to live shows, and fans on five continents enjoyed digital performances of Othello and Twelfth Night. ASC performers and staff look forward to continuing their evolving SafeStart practices in this A Christmas Carol engagement, ensuring that fans don’t miss this indispensable part of their seasonal celebrations.

“This tradition abides,” says Managing Director Amy Wratchford, “Our actors and staff look forward to welcoming everyone into the warmth and light of the Blackfriars Playhouse this December, just as we have for many holidays before and we will for many more to come.”

Tickets for A Christmas Carol are on sale now. Performances begin December 2 and run through January 3. Due to SafeStart protocols, seating is limited. Audiences are encouraged to reserve their seats as soon as possible. Join ASC for this beloved holiday tradition in-person: http://AmShakes.Center/carol

A Christmas Carol will also be live streamed in cinema-quality from the Blackfriars stage. This live performance can be viewed only via Marquee TV on December 4. The play will also be available on-demand via BlkFrsTV beginning December 9. Tickets available soon. Audiences are encouraged to keep up with ASC in their inbox, on the company’s website, or on Twitter, Facebook and Instagram.