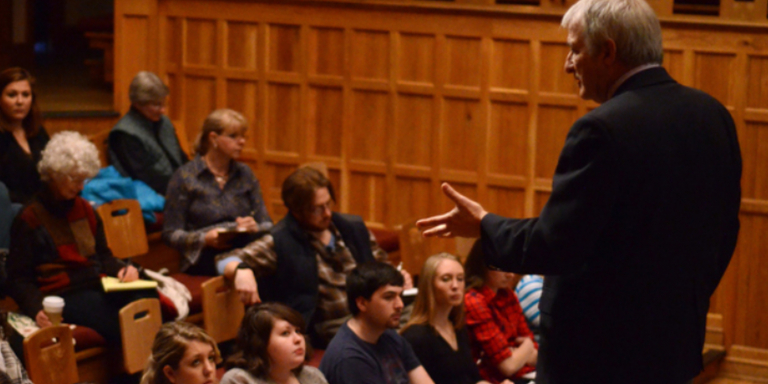 At ASC, we believe Shakespeare is for now, and we work tirelessly to find new, refreshing ways to relate Shakespeare’s world to ours. One way we do so is through SHXCADEMY, an innovative educational program which combines real-time workshops taught by our ASC Master Educators and on-demand streams of BlkFrsTV performances. After a short hiatus, Virtual SHXCademy returns in February to take up the topic of Early Modern History, but don’t worry — you won’t find any boring lectures, decades-old documentaries, or tired textbooks in this (virtual) classroom. Taught by leading experts Dr. Ralph Alan Cohen and Dr. Mary Hill Cole, our February course load offers a closer look at Shakespeare’s theatres, his royal rulers, and the average citizens who he entertained for decades.

We begin our history series with “Rambling London’s Early Modern Theatres” (February 1-3), a course which examines theatre history, or the evolution of theatrical practice. Included in this survey is the changing architecture of playing spaces, the evolution of performance styles, and the role of theatres as cultural and artistic institutions in the age of Shakespeare. In the words of Dr. Ralph Alan Cohen, ASC’s Co-Founder and Director of Mission, “This class will take you through the streets and neighborhoods of Shakespeare’s London to look at those playhouses for an understanding of how they evolved, how they worked, [and] how they influenced the intellectual and political life of the city.” In (virtually) walking the streets of London and visiting its many playhouses, students will come to understand how this city produced a plethora of plays which remain well-known and well-loved to this day.

Moving from London’s playhouses to London’s playgoers, week two’s “Crafting a Life in Shakespeare’s England” (February 8-10) explores social history, a term which refers to the daily life and practices of the average Early Modern English citizen (aka people like you and me!). Students will also learn the ways in which class, race and gender interacted to shape a Tudor individual’s circumstances and opportunities. As the brilliant Dr. Mary Hill Cole explains, “While some [individuals] went to university, others learned a trade; while some remained single, others created family networks through marriage; as some toiled in the bustling commerce of London, others flourished as members of the landed gentry in rural life.” Despite this wide range of professions and pastimes, Tudor individuals, much like us, formed communities based on religion, region, laws, etc. Thus, as much as this course will expose us to the unique hardships that Early Modern men and women experienced, it will also bridge connections between our world and theirs.

It is understandably more difficult to find connections between our lives and those of the richest and most influential members of our society, but the third and final February SHXCademy, “Chaos at the Top: Kings and Over-Mighty Subjects” (February 15-17), asks us to do just that. As the title suggests, this course is concerned with regnal history, meaning it takes a close look at the reigns of several English monarchs and the impact they had on the overall history of the country. Students of this seminar can expect to study Shakespeare’s history plays, Richard II through Richard III, in tandem with documented knowledge of the real-life title monarchs. As both Shakespeare and his source materials illuminate, the fifteenth century of monarchial rule was fraught with unrest, including peasant revolts, coups by conniving nobles, invasion, deposition and murder, civil war, and, ultimately, the destruction of three dynasties. The goal of this class, also taught by Dr. Mary Hill Cole, is to investigate why all these frightening events occurred. Trust us, you won’t want to miss this exciting finale to our February SHXCademy series!

Whether you’re a long-time Shakespeare fan or simply wanting to learn something new, we’re sure there is a SHXCademy course for you! The Early Modern History series begins on February 1 and continues through the 17. Enroll in 3 or more courses to receive a discount! To see a full list of spring SHXCademy courses or register online, CLICK HERE!